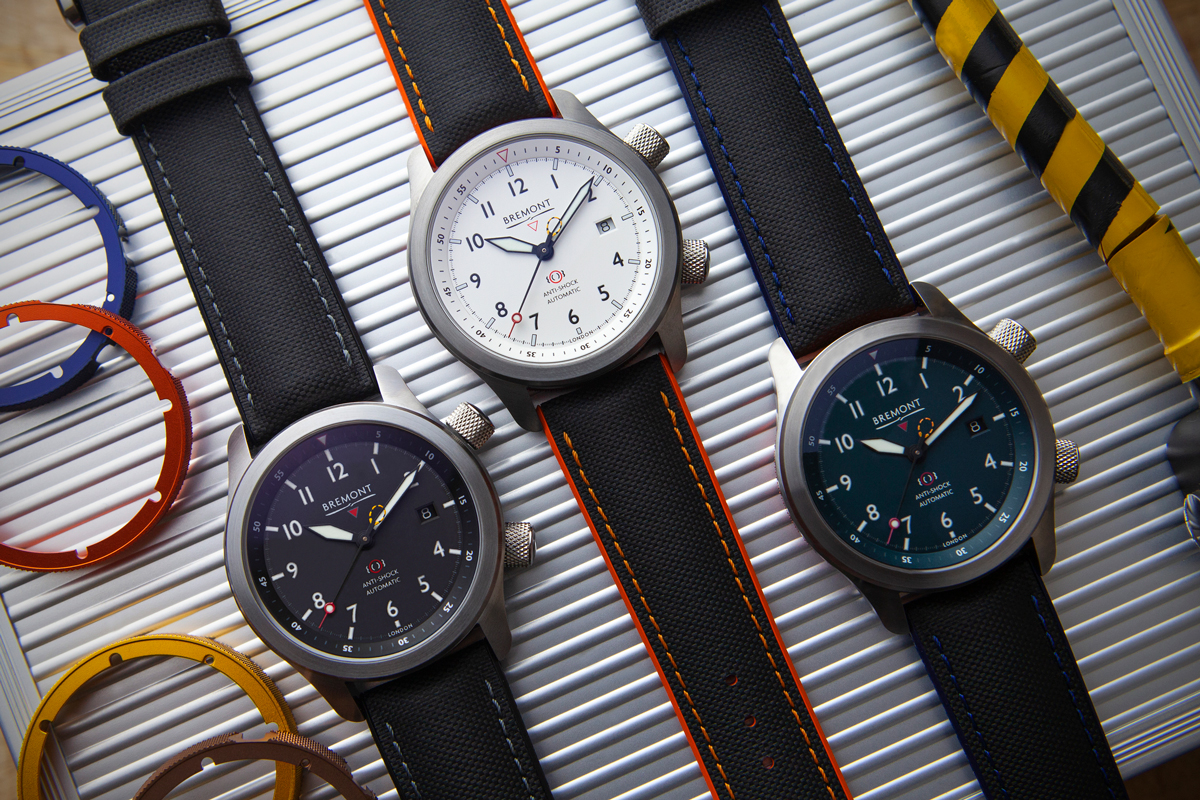 British watchmaker Bremont has a long and illustrious association with all things aviation. Founded in 2002 by two brothers following the death of their father in an aeroplane crash, Bremont has quickly become one of the finest and most well-known watch brands to come from the UK.

The company has created an extensive range of timepieces, all of which fall into the more affordable end of the budget spectrum, but that’s not to say they’re poorly or cheaply made. On the contrary, Bremont timepieces are designed to withstand not only daily wear and tear but extreme cases of shocks too, such as being flung from an ejector seat.

At least, that’s the design approach taken with the Martin-Baker series, which was conceived after British aviation company Martin-Baker approached Bremont and tasked them with creating a watch that could withstand the sheer force imposed by an ejector seat launch. Bremont took it in their stride and delivered the MBI, which remains a model reserved solely for pilots who have had to undergo such pressures.

Bremont is a brand more focused on the casing and materials involved to help withstand shocks than it is with movements, as it doesn’t produce any of its own in-house movements, instead, relying on third-party movements made to its own specifications. That hasn’t stopped it from forging a reputation for exquisitely made timepieces.

But let’s focus on the MBII, which was launched alongside the MBI, in its original guise in 2009 as a model for the general public. Although at that time, it could only be had with a black dial. Bremont didn’t oblige those who longed for a white dial until 2017. Before that white dial model was introduced, Bremont launched the MBIII in 2014, complete with GMT function. A little confusing maybe, but a watch for all customers was the end result.

In 2020, Bremont decided to relaunch the MBII with an ever-so-slightly altered aesthetic (black, white and even blue dials now come as standard) but more importantly, with a comprehensive suite of customisable options. This relaunch not only gives Bremont yet another opportunity to market its brand (and it’s known for spending large sums on public awareness) but it gives customers a chance to own a Bremont timepiece unlike any other.

We took delivery of a ‘regular’ model of the 2020 MBII – by that we mean a model you can purchase directly from the company’s website with no customisable options selected – and spent a few days wearing it, not only to get a better understanding of Bremont as a brand and its direction but more simply because when we saw the press images, we immediately fell in love.

If you’re familiar with the 2009-era MBII, then this updated model will probably look startlingly different. If, however, you’re new to the brand or at least the MBII series, then you’ll instantly notice the clean dial. Clean in the sense the only complication is a date window, although we wouldn’t quite call it minimalist, at least compared to some other watches that fall into a similar category.

Despite it sporting the same 43mm diameter as its predecessor, this 2020 MBII actually gives the illusion that it’s smaller, due to a more prominent and darker-in-colour (on the black dial version, at least) chapter ring. Bremont has also stripped back the minute markers, making them less pronounced, letting the hour markers take centre stage instead. 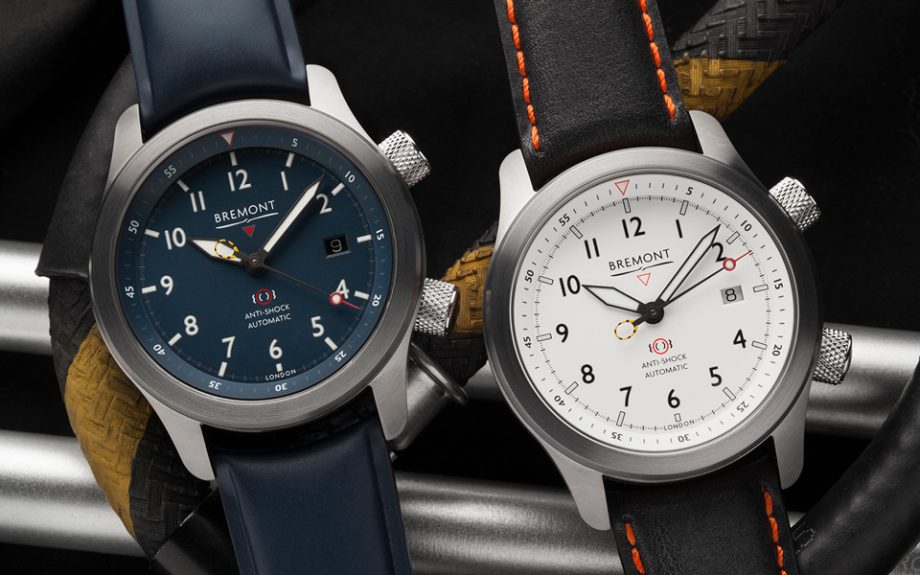 The hands have had a refresh too, with the black colour mismatching hour hand of the 2009 model being replaced by colour-matching sword style hands. A day-date window has been substituted for just a date on the new model, too. We have no complaints about the positioning of the date window here, with it taking place of where the number 3 would normally be placed. A day function would have been appreciated, especially as the movement inside is capable of displaying such information, so we’re not entirely sure why Bremont decided to remove it.

The casing, however, remains the same. This is Bremont’s forte after all. Our model was presented on a silver hardened steel case with a black middle barrel. Both of these pieces are now customisable, either the steel we received of black DLC (diamond-like carbon) for the case, and a choice of nine colours for the middle barrel (we would have loved to have seen it in orange, but beggars can’t be choosers).

Elsewhere, aesthetically, the latest MBII mimics its predecessor, with two crowns at 2 and 4 o’clock. The upper crown handles time and date setting, while the lower is used to turn the dial. Bremont’s own Roto-Click bezel needs mentioning here, as it gives a satisfying click with each turn. 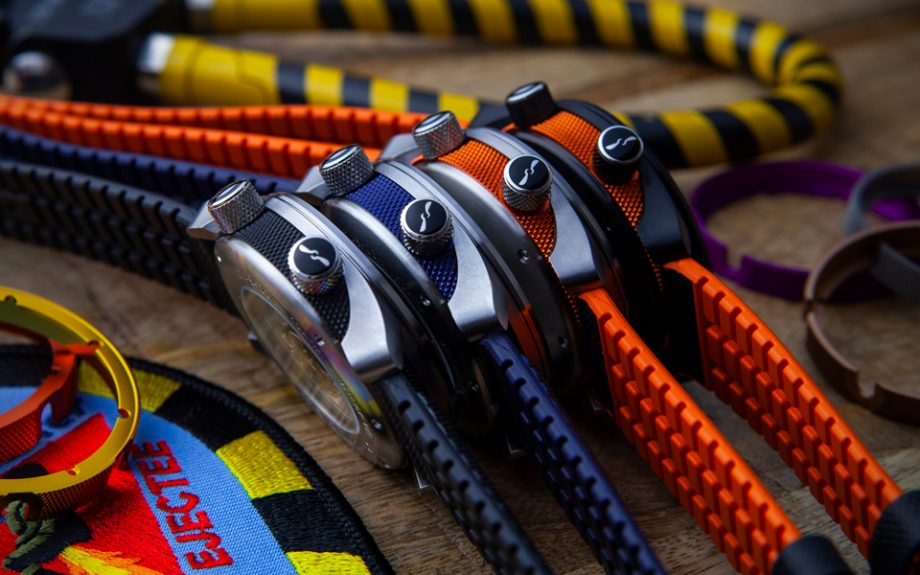 Specs of this MBII round out with 100 metres of water-resistance and a domed (incredibly so) sapphire crystal. With aviation being the target group, it more than meets the criteria of being legible, and from all angles at that.

The movement inside, which you now physically see via an open caseback (an optional choice) isn’t an in-house Bremont movement. The company says we will see one eventually, but right now, sources them from ETA and makes some modifications. So what you’re getting here is the Bremont BE-36AE, which in reality is an ETA 2836-2. It’s a self-winding movement with 38 hours of reserve power, 25 jewels and a frequency of 28,800hz.

Enough talk about what the MBII offers, how does it actually feel on the wrist? In our experience, incredibly comfortable. The leather strap (changeable to steel or any of 10 leather options with various colours of stitching) moulds well around the wrist and doesn’t give out any hint of squeak (something we’ve noticed on straps from other watchmakers). A 43mm dial may seem large to some, but this is a watch designed to be glanced at quickly during flight, so a larger dial is necessary. Having worn timepieces from various manufacturers and in various sizes, we’d argue a  40 or 41mm case is the absolute ideal. 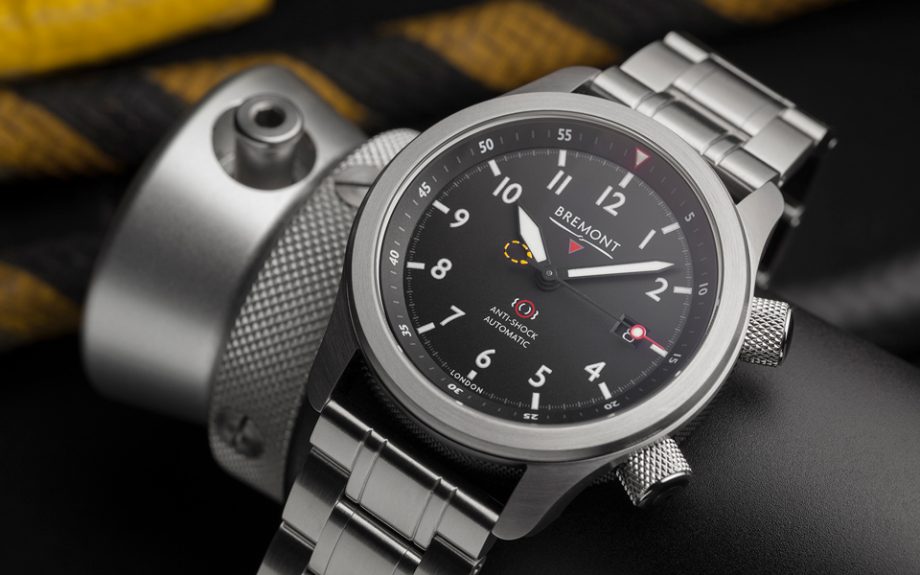 We expected the two crowns to dig into our hand but are happy to report we were subjected to no such torture. And despite the materials used in the build of the MBII – which includes an iron inner case for its anti-magnetic properties and a patented floating cage to minimise the effect of any shocks on the movement, such as being ejected from an ejector seat – it feels remarkably lightweight.

If the 43mm case doesn’t deter you, then we’re resolutely sure you will find the 2020 MBII to be a comfortable daily wearer.

So, if we’ve done enough to convince you that the Bremont MBII should be your next purchase, we imagine you’ll be keen to know about the price. $6,800 is the asking price for this particular configuration. That figure can of course change depending on which options you select at the customisation stage.

Dial, barrel colour and leather strap can all be changed without affecting the price (unless you was the titanium barrel, a $130 extra). If you want the black DLC case option you can expect to pay $7,065 instead of the base price. Want an open caseback? Of course, you do. That’s an extra $200. and if you’d rather have your timepiece on the stainless steel bracelet then you’ll need to pay another $650. 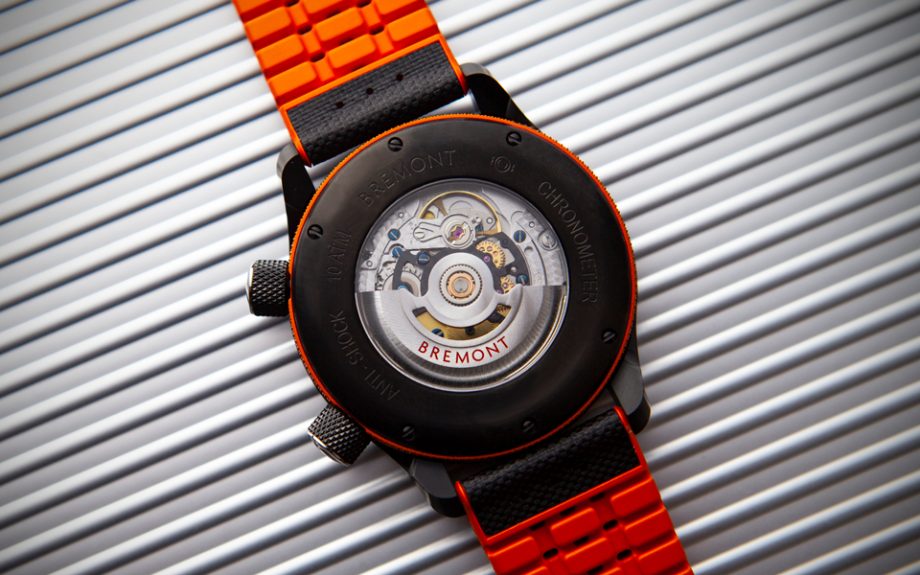 At the base cost, however, the Bremont MBII can be directly compared against the IWC Pilots Watch Mark XVIII, which is ever-so-slightly easier on the wallet at $6,550. The IWC, naturally, also appeals to aviation enthusiasts and, like the Bremont, doesn’t feature an in-house movement. We’d argue the IWC’s 40mm dial is more manageable and therefore more appealing to a wider audience but aesthetically, which model you prefer is entirely down to personal tastes and brand loyalty.