As winter rolls into spring here Down Under, people are trying to take advantage of the chilly weather (and easing coronavirus restrictions) to do a spot of winter travel. The allure of escaping the city has never been greater – Airbnbs across the Blue Mountains and Great Ocean Road are booking out quickly, and 2020 Thredbo ski passes sold out in record time last Thursday, Traveller noted.

The irony isn’t lost on us that our winter weather is the same as many countries’ summer temperatures. But the idea of a country retreat has been just as tempting for those in the Northern Hemisphere, too. Celebrities and the hoi polloi alike have flocked to the sticks in anticipation of summer. 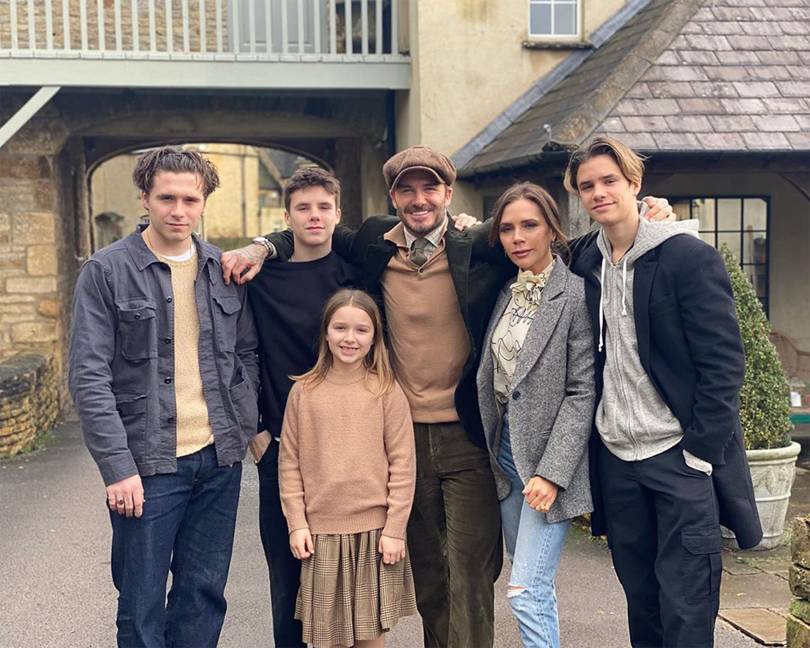 David Beckham: football legend; co-owner of Inter Miami CF and Salford City; UNICEF ambassador; and all-around top lad, is no exception. The affable Englishman took his family to their estate in the Cotswolds in April as a sort of COVID-19 escape. Rather than languishing in quarantine, the whole brood seems to be having the time of their life, relaxing in the English countryside.

David seems to have been particularly inspired by their rural surrounds, debuting some seriously dapper, seriously British fits.

Another day , another walk & another hat 🎩

Beckham’s long been a fan of traditional English couture, notably involved as an ambassador and investor in esteemed London menswear retailer Kent & Curwen for many years (Beckham parted ways with the brand in April 2020). No doubt he’s still got a few Kent & Curwen pieces in his wardrobe, as his latest shots demonstrate.

No stranger to the tabloids, Beckham’s blossomed into quite the British style icon. It probably helps that his wife Victoria is an internationally recognised fashion designer… Not sure how she feels about his pastoral panache, however.