Now it just needs a buyer… 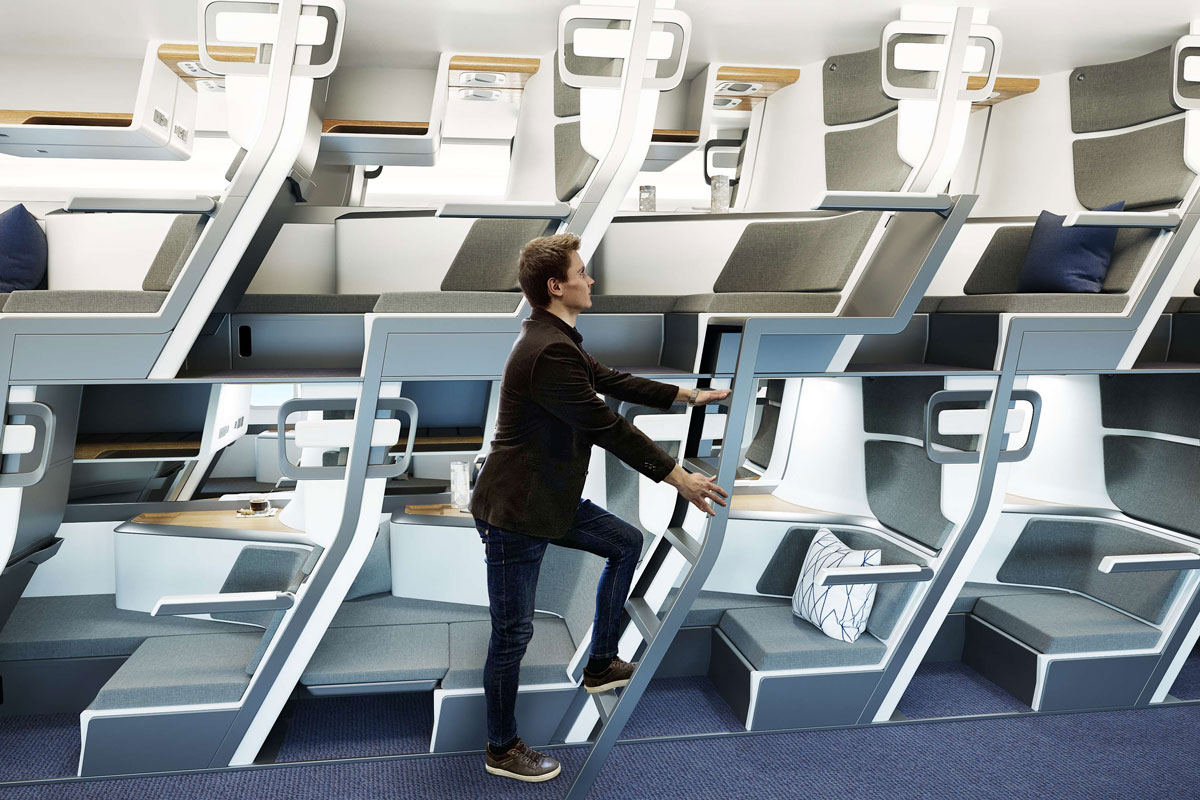 Heck, what would you give to be able to travel in the first place?

While new seat designs are known for being a bit like a Big Talking Tinder Match – exciting at first, but ultimately come to nothing – the latest one to do the rounds is the coolest we’ve ever seen.

That says nothing about its commercial viability or whether it will actually be adopted by carriers, sure. But damn: if it was…

The design reconfigures airplane cabins with double-decker lie-flat seats in premium economy. It is also being touted as a way to reduce the spread of The Virus, once travel revs up again.

Zephyr Seat is the vision of designer (and CEO of start up Zephyr Aerospace) Jeffrey O’Neill, who (naturally) believes his design could be a game changer.

As he told CNN Travel, “We believe that new types of travelers will require privacy or will want to pay extra for that as much as they would pay for the ability to sleep.”

This Zephyr Seat creation would allow airlines to provide double-decker seating in a 2-4-2 configuration which, O’Neill reckons, would allow most big airlines to maintain the same seating density as their existing premium economy cabins.

How does it work, exactly? Basically, The Zephyr uses the space that exists between a standard seat and an overhead bin.

“We basically retrofitted a whole other seat on top of another,” O’Neill told CNN Travel. “So it’s essentially two levels, it’s not as tall off the ground as people might imagine, it’s only four and a half feet off the ground from the entry point to the lower seat to the upper seat.”

The result is more leg room, without the airline being forced to sacrifice space or reduce passenger headcount.

Although it’s early days yet, according to 7 News, O’Neill says he’s identified an engineering partner and has been in conversation with four major airlines, including US carrier Delta about his concept (though no firm commitments have been made).

If he gets more of a bite, the next step would be passing the design through the required safety tests, which could take up to three years.