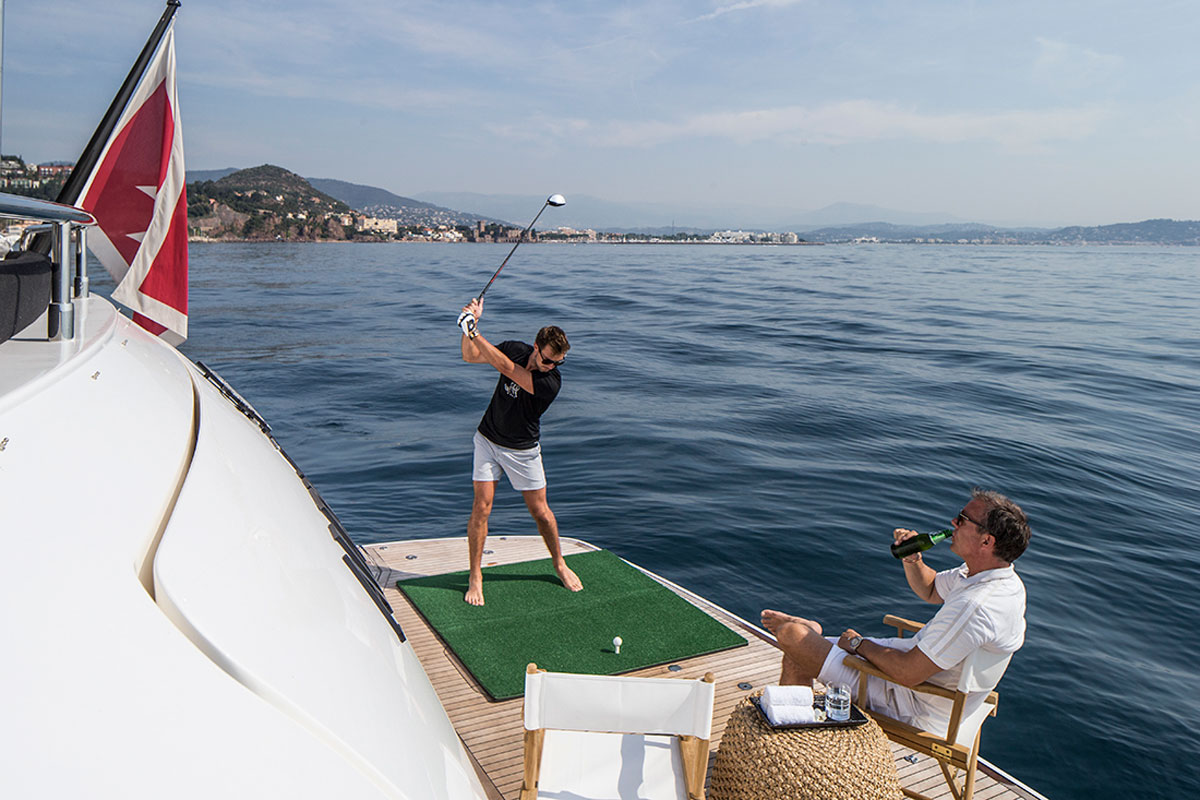 Image: Charter World (not the yacht in question).

Prometheans have a bad name. But while hardcore environmentalists shake their heads at those who believe ~progress~ is the solution to everything, other people (i.e. tech entrepreneurs who want to have their accolades and eat them too) reckon they are channeling the spirit of the rebellious, innovate demigod Prometheus in their pursuit of success.

While both parties have got a point, both are extreme and convinced they’re right.

Speaking of arrogance: Top Yacht, a jaw-dropping Instagram account for luxe seafaring enthusiasts yesterday posted a Josh Blue clip of a yacht which, by the hashtags, appears to be in Dubai, whose owner has converted the back into a creative driving range.

Cue: outrage from the environmentalists of Instagram. Beneath the post, comments included, “More trash on the water” and, “Come on a lot of plastic to the sea! Amazing people! Lol.”

But there’s a twist in the tale; apparently the eco-warriors didn’t read the caption, which says, “Millionaire Yacht life… Are fish food golf balls, not toxic and completely dissolve.”

That said, the irony of making one aspect of your (likely) million dollar or so yacht ‘eco friendly’ is hard to miss.

Of course: it’s better than adding more pollution to the ocean. But it also highlights the arbitrary nature of what humans deem an acceptable level of luxury defiance (i.e. “I don’t see a problem with churning through the world’s resources to build and use this extravagant vessel but I’d never consider hitting a few balls into the ocean”).

Whatever your apocalypse stance, it looks damn fun.