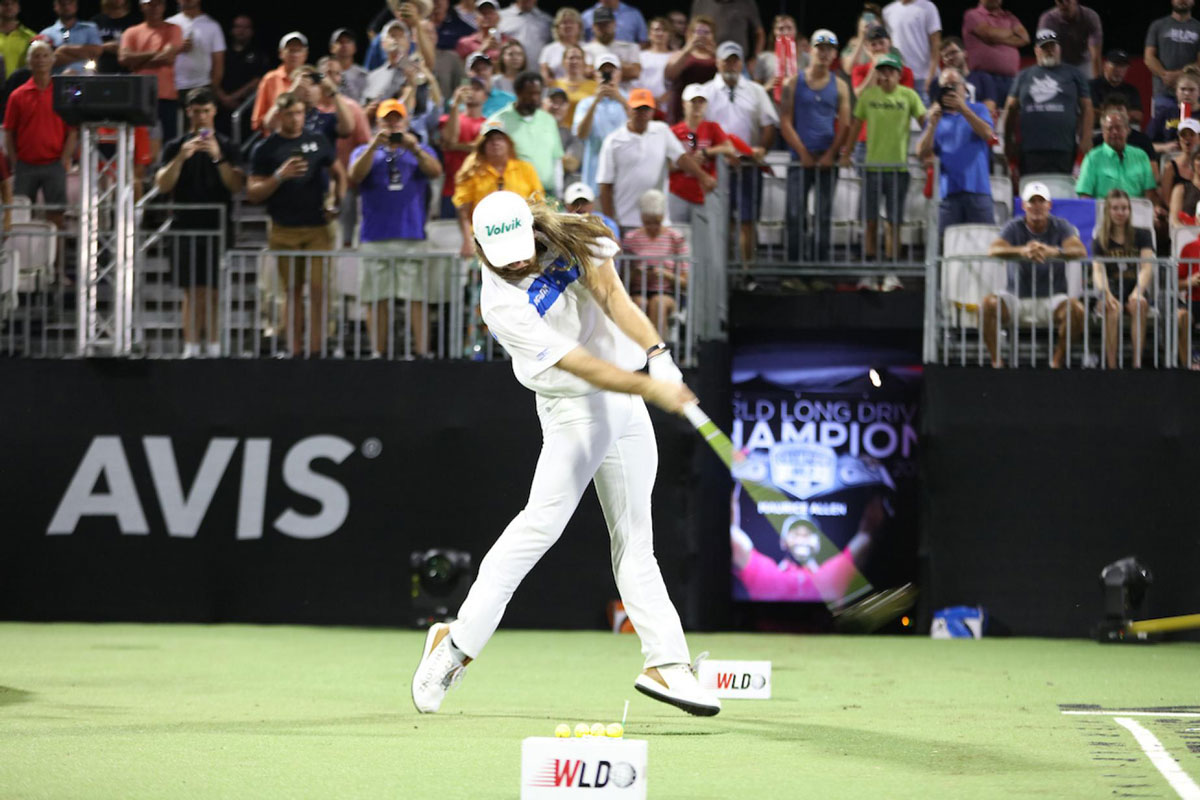 If you haven’t seen the iconic 1996 sports comedy Happy Gilmore, let us give you the skinny: it’s about a former hockey player who becomes a golf success due to his insane slapshot-inspired drive. Even if you don’t care about golf (or Adam Sandler), the film’s a bonafide 90’s classic.

Many golfers since have tried to best the fictional Gilmore’s crazy 400 yard (366m) drive record – no mean feat, even for professionals. The reality is that someone with a build like Sandler’s could never have the raw power needed to make a golf ball go that far.

No, what you need is the ripped body and insane skills of someone like Kyle Berkshire, professional long driver and current world #1.

Berkshire’s active on social media including on YouTube and Instagram, and regularly shows off his frankly ludicrous ability to punt marbles down fairways.

Not only does Berkshire have incredible technique; the man’s ripped. He makes Jason Day look like a beanpole in comparison.

You don’t often think of golfers as being buff, but Berkshire puts that thought to bed. Of course, the reality is that like any professional sport, top golf athletes will be spending a huge amount of time working out to make sure they’ve got the strength and dexterity needed to perform under intensely stressful conditions.

During lockdown, Berkshire gave us a sneak peak at the kind of fitness regime he runs in order to hit those world-class drives.

The 23-year-old golfing prodigy showed off a tough bodyweight exercise regime and his small but well-equipped home gym, replete with pull down and chest press machines.

Or maybe that’s just a huge bluff and the true secret to his power is in his luscious locks, a la Samson from the Bible story. Fingers crossed he doesn’t get a haircut any time soon, then.