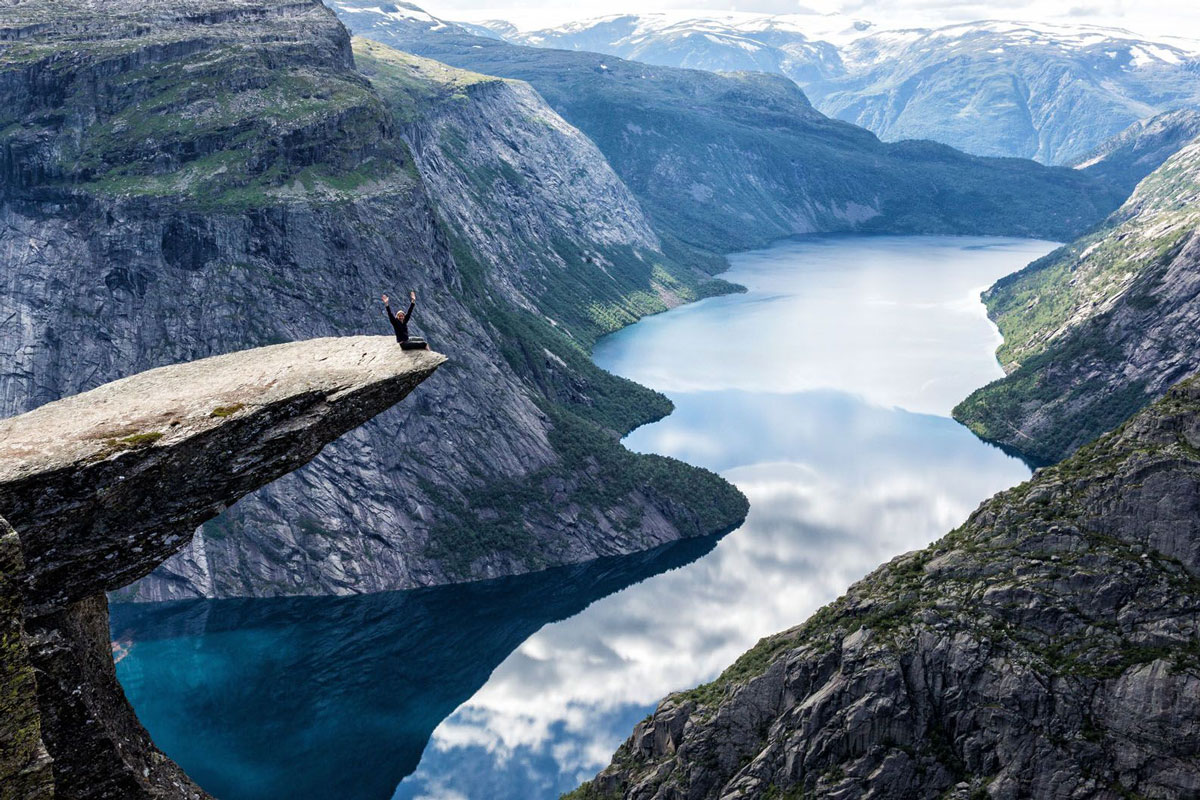 We’ve covered how not to be an Australian cliche abroad, travellers’ guiltiest Instagram habits and New York slang only locals understand.

But there’s one skill that, if you don’t master it, could render your pigeon French and frequent flyer points null: the ability to be in the moment.

Otherwise known as immersive travel, this aptitude for, say, enjoying a coffee without fretting about the million sights you’ve got to see this afternoon, is as useful as it is elusive.

That’s according to Pico Iyer, an iconic author who Outside Magazine once called “arguably the greatest living travel-writer” and whose recent piece in the BBC made us consider how immersive travel could be the difference between returning home with souvenirs and returning home inspired.

How to do it? We’ll allow the essayist, novelist and adventurer to take it from here.

Referring to a sublime moment in Antarctica when he felt a deep sense of clarity after standing amongst penguins and orcas, Iyer asked his readers: “What was it that had transported me so profoundly…?”

“Of course, there’s a special clarity in sailing through a noiseless world where there’s often no sign of human habitation. And nearly all my fellow passengers seemed as liberated as I by the fact that phone calls were almost impossible on the ship… Yet the deepest reason why I was moved, I came to realise, was that I spent so much of each day sitting still.”

But give him a chance; there’s real insight for everyone here: “It’s a relationship that has come to haunt me more and more over 46 years of travel: my capacity to be stirred is in direct proportion to my ability to be quiet,” Iyer continued. “That’s one reason why, whenever I visit Midtown Manhattan, I reflexively seek out St Patrick’s Cathedral to inhale, in silence, everything I’ve just experienced and to prepare myself for the honking horns and noisy meetings to come.”

“It’s also the reason so many of us try to sit on a rock in Petra before the tour buses arrive, or walk along the treeless emptiness of Iceland at 02:00 in mid-June when the sun is just beginning to sit on top of the sea.”

“We’re most transported when we’re least distracted. And we’re most at peace – ready to be transformed, in fact – when most deeply absorbed,” Iyer added.

“I’d much rather converse with one sight for 60 minutes than 60 places for one minute each. When I travel with the Dalai Lama – as I’ve done for 10 recent Novembers across Japan – I’m convinced that the wide-awake responsiveness he brings to every last convenience store and passing toddler is partly the result of the three hours he spends at the beginning of every day in meditation.”

“Destinations can only be as rich as what we bring to them.”

Though we’d argue an epic destination can awaken something ~better~ in even the most grey porridge travellers, it’s a point well made and (here at DMARGE, at least), well taken. It would also be quite ironic if, coming out of lockdown, we saw an uptick in silent retreat bookings.