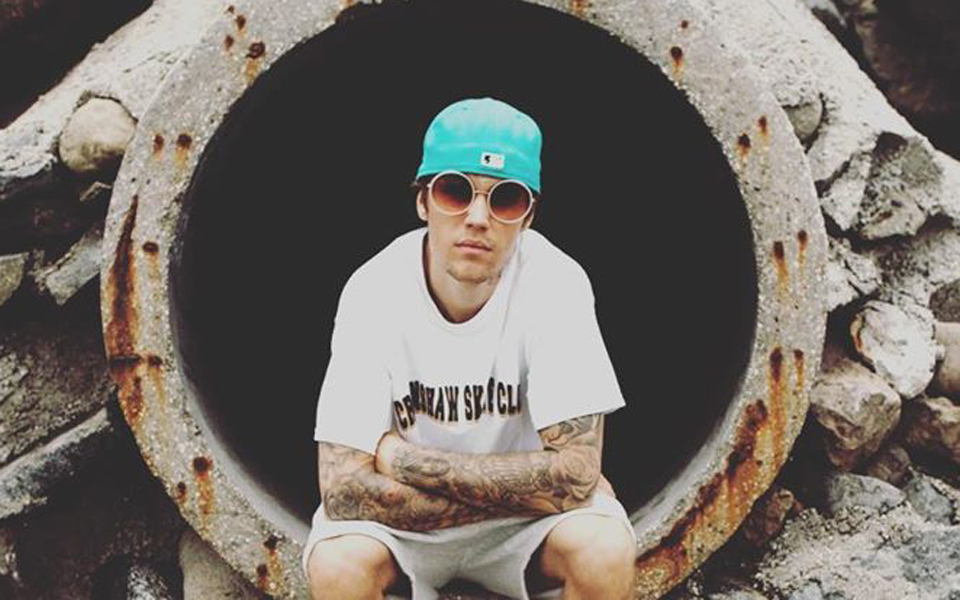 It’s been a while since we’ve featured celebrities of any calibre here at DMARGE, what with that pandemic going on, causing everyone to stay firmly tucked up inside their homes. But if one guy was going to break free from the walls of his lavish home, it was going to be one Mr Justin Bieber.

The Canadian singer appears to have taken a more philosophical approach to life of late if his Instagram feed is anything to go by. With several posts devoted to the Black Lives Matter cause currently raging in the US, Bieber has also shared numerous images of himself in various contemplative states in the great outdoors.

While he hasn’t tagged the locations, we imagine he’s found himself not too far from his home in Beverly Hills, California, and it seems Justin can’t even do ‘retrospective’ without spawning some sort of new fashion trend, and his latest is all to do with eyewear.

One particular post caught our eye, as it shows Justin staring down the camera with an oversized pair of sunglasses on his face. Think John Lennon’s famed tinted frames, but on steroids.

We know all too well that sunglasses are an essential accessory for any sharp-dressed man, but they have traditionally come in a range of ‘safe’ frame styles: Clubmaster, Wayfarer and Aviator are all mainstays, but recent trends for chunkier and even round frames have started to make waves.

We just haven’t seen a rounded pair as large as Justin’s before, at least, not in such a publicised space. It shouldn’t come as too much of a shock, however, as we’ve previously noted how the husband-to-Hailey is the master of oversized style.

While he may not have been on to a winner with his incessant wearing of Crocs, we have to say we’re fans of his sun stoppers, and we reckon if they don’t hit the high-streets by the end of this year, they’ll certainly become a huge deal (no pun intended) in 2021.