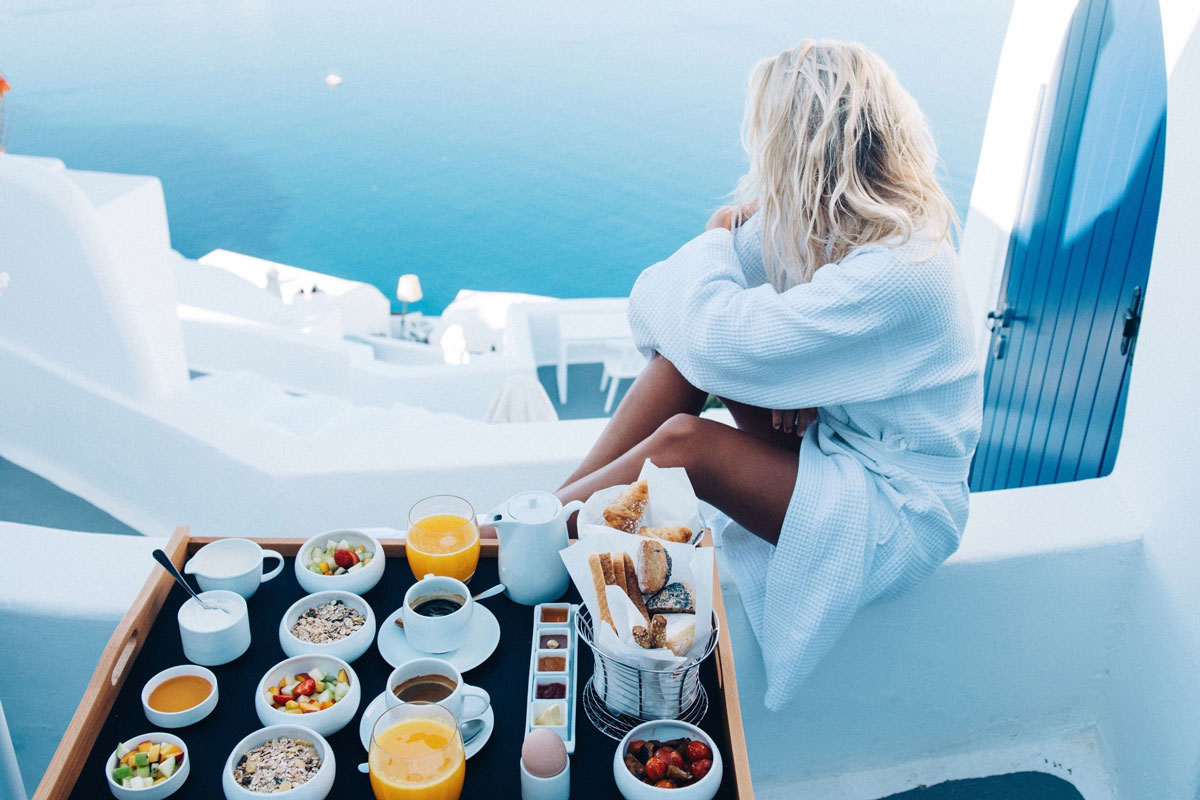 Since The Bat Kiss ravished the world, we’ve all been trussed up at home. The result? We’ve cast our eyes over everything from airline procedures to cafe-culture changing, from the boredom of our couch.

To counter the ennui (and to get a less Dorito-stained low down on ~travel~) we spoke to Group Director of Food and Beverage at Ovolo Hotels, Vincent Lombino.

While we expected doom and gloom (and while Vincent admitted this was one the largest challenges the travel business has ever faced) he also told us about an interesting silver lining the high-end Itchy Foot industry could enjoy.

That lining? People may now, temporarily, be scared into giving hotel restaurants another chance, after snubbing them for decades.

“Will things will have to change post-pandemic? I’ve been in this business a long time [and] the whole concept was people never liked to eat in hotels.”

“[The industry’s task] has been to develop really cool restaurants and bars inside hotels… [and previously] it was really hard to crack that,” Vincent said.

However, two things, according to Vincent, have now changed. First of all, individuals and organisations like Ovolo (which has boutique, luxury hotels everywhere from Sydney to Hong Kong) have “fought hard” to make the hotel restaurant experience less sterile. And second: “if you do it really well [particularly right now], I think people are going to feel a lot safer [in hotels].”

“Over the next 12 months [tourists are] really going to be looking hard at everything – where you’re staying, what you’re eating, what you’re drinking and the cleanliness level [of places you’re dining and staying in].”

“People will find trust and faith in the strong brands,” Vincent told us. In fact, “instead of running out the door” Vincent hopes they’ll stay “in their cool little bubble,” enjoying 5-star hotels like Ovolos’ produce, products, and reputation.

“Hotels that do it well are actually going to see a renaissance – back to the good old days (20, 30, 40 years ago) when all the best restaurants were all in hotels. They moved out but they have an opportunity to come back,” Vincent told us.

Adding to the likelihood of this reversion, is hotels are arguably better equipped to cope with the economic pressures of 2020 than restaurants: “We don’t pay rent for the restaurant and bar – it’s all within the footprint of our hotel – we don’t have separate gas bills and electric bills [and] we have shared back of house services with book keeping.”

“We can afford to have more staff, we can afford to have higher quality products, we can charge less coming out of this thing because we’re not carrying so many of those fixed costs. I think we [the hotel dining industry] have a chance to win back some of that trust and loyalty from consumers and guests.”

“If you go back in time all around the world, the hotel companies would go out and find the best chefs and pay them massive amounts of money, they could invest a lot into the fit-outs, they had a well-trained staff, they would have an army of people; they could afford to have the best of the best in charge.”

“Then they got to a point where they got very watered down – every hotel would try to do a restaurant.”

Suffice to say, they did it poorly. According to Vincent, “boring, crappy elevator music, polyester uniforms” plus stupid prices and not so great bartenders made the hotel dining experience feel “very average.”

Worse: all while this was happening, entrepreneurs and chefs outside started doing “all this funky stuff” from killer restaurants to small bars, so that it was no longer just backpackers interested in checking out the local culinary offerings, but also bougie tourists.

However, according to Vincent, if they do it right “from start to finish,” luxury hotels now have the chance to “capture a nice little chunk of business… coming out of this.”

Only time (and restaurant reservations) will tell.