Wave goodbye to the golden age of ‘comfortable economy’. 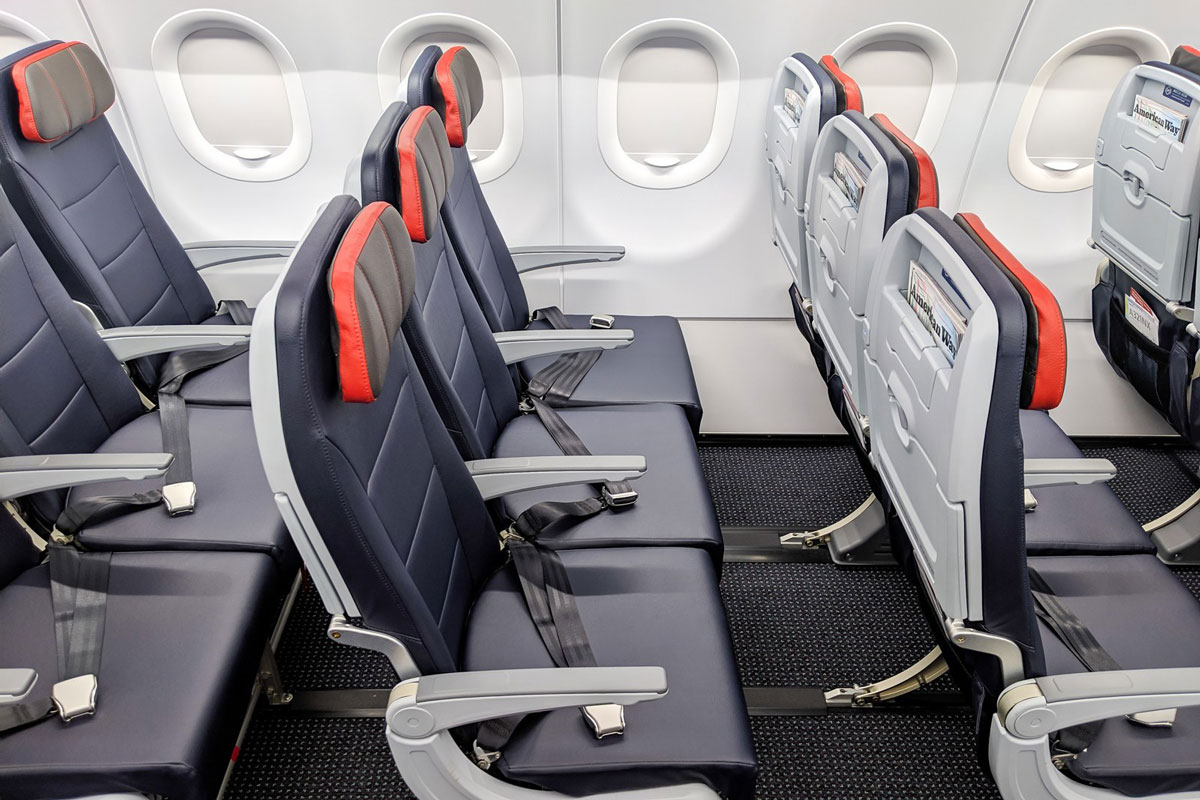 Nothing screws an experienced travellers’ eyeballs up into their skull more than somebody complaining about a middle seat.

For those that jetset often, middle seats are easy to avoid, and ‘eugh but ok’ to deal with if need be.

However, for those that swipe the passport, say, twice a year, The Middle Seat has become a capital letter offense – a punishment many would have you believe is a fate worse than drinking Bali moonshine then getting back to your villa only to find the bidet is broken.

In any case, the middle seat now sits in pride of place in the Hated Pantheon of people who take their shoes off on flights, lost baggage and budget airline delays – annoying but inevitable parts of life.

Unfortunately for those who Care Extremely about such things, the middle seat is now coming back in the US after a brief respite during the last few Pandemic-ridden months.

Why? Air travel is on the up, despite confirmed cases still rising in many states.

As CNN Business reports, “US airlines had stopped selling them for months, both to ensure social distancing and because of a lack of passengers. But with a modest rebound in flying, that is changing.”

This is backed up by carrier announcements. As American Airlines told passengers on Friday, “customers may notice that flights are booked to capacity starting July 1.”

Both American Airlines and United have said they will notify passengers when a flight has more than 70% of its seats booked, and allow them to change to a less crowded flight.

Practically, however, that won’t allow passengers with limited flexibility to avoid crowded flights (unless they want to shell out a whole lot of cash).

As CNN Business points out, “The empty seats had been a result of low demand for air travel combined with airline policy meant to encourage people to feel safe about flying.”

But “with so many planes parked and fewer flights taking off than a year ago, passengers are quickly filing up a much greater percentage of available seats,” CNN Business reports – a number that’s been increasing since April.

All is not lost yet though: if you book a seat on Delta (DAL), Southwest (LUV) and JetBlue (JBLU), for now, all these airlines have policies to leave the middle seat empty.

JetBlue has announced it will continue this policy to the end of July, while Southwest and Delta have said the middle seat ban will keep in place until the 30th of September 2020.

Don’t expect it to last, though: it’s already been chucked out as a policy in Australia and even right now in the US, appears to come down to a public image vs. bottom line dynamic that will quickly change.

As Delta CEO Ed Bastian told shareholders two weeks ago, the policy is by no means permanent: “And as the business starts to return, as demand starts to grow, and if people have more confidence in their travel experience, we will decide… when we start to ease up on that cap restriction.”

Of course, the whole debate may prove irrelevant for most; the only people flying right now in the US are doing so for (relatively) essential reasons like business. By the time the masses who are so terrified of The Middle Seat are able to fly for pleasure again, the situation in the sky will likely be just how it was before the shutdown.