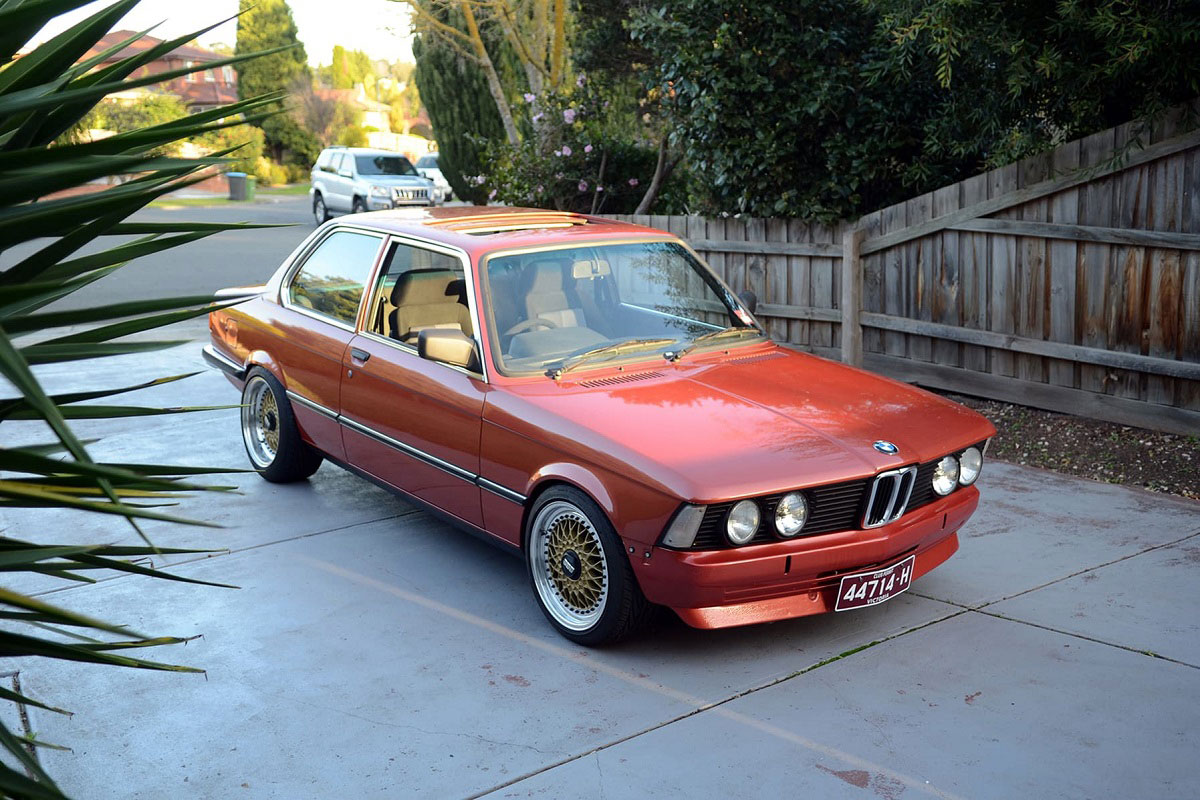 There’s something iconic about 80s BMW 3 Series. They represent the excess, glamour and aesthetics better than anything outside of a Lamborghini Countach: their sharp angles, foreboding grilles, dual headlights and confident stance… Be still my beating heart.

The most famous 80s BMW is probably the first generation M3, immortalised on the album cover of Frank Ocean’s 2011 debut mixtape Nostalgia, Ultra and young car nuts’ bedroom walls the world over.

But the original 3 Series, the E21, deserves just as much love. The first-gen 3 Series’ jutting kidney grille and muscular proportions give it an almost villainous presence – a stark departure from the jovial stockiness of the 02 series that preceded it.

This 1982 323i for sale in Melbourne on Carsales is a particularly vicious beast, with even more performance credentials than an E30 M3 – or most cars, for that matter. 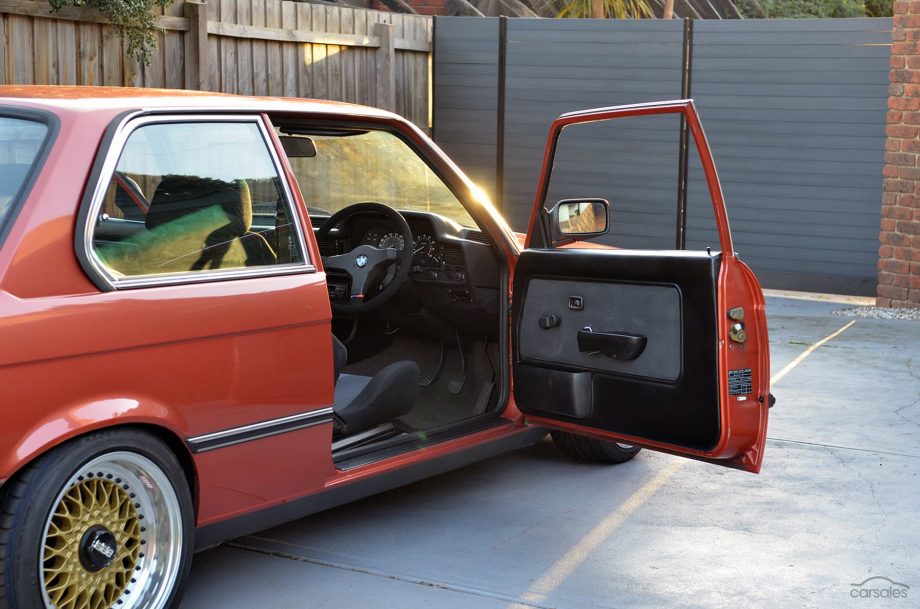 There have been too many modifications made to this glorious 80s coupe to list. Highlights include the WRX-esque BBS rims, Bilstein dampers all around, fully kitted out Wilwood brakes, Recaro seats…

Oh, and the engine from a E36 M3. Thought that might be worth a mention.

This 2.8L aluminium block straight-six with DOHC and VVT would easily be pushing in excess of 200hp in this beauty, particularly considering this car’s had a performance tune as well. It’s the perfect motor for this bloody brilliant ball-busting Bavarian. 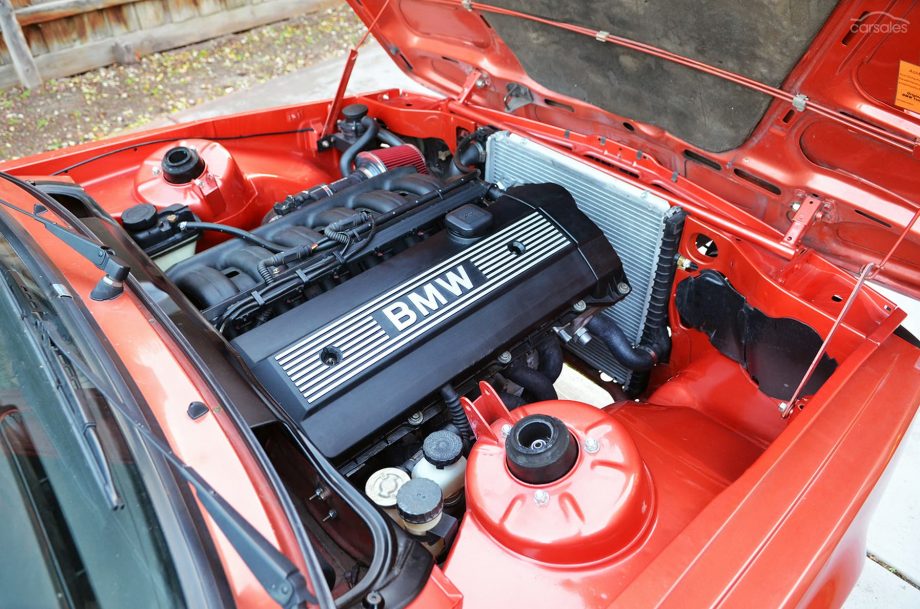 An engine bay so tidy even Marie Kondo would be impressed. And it certainly sparks joy.

We’re shocked at how pristine this E21 is. According to the current (only 2nd!) owner, the original owner was still servicing the car at his BMW dealer’s until he bought it in 2006.

“It has been garaged its whole life, and as such there is absolutely no rust anywhere on it. The car was my daily driver from 2006 to 2011, at which point I decided it was too nice to drive everyday, and from there it evolved into what you see today.” 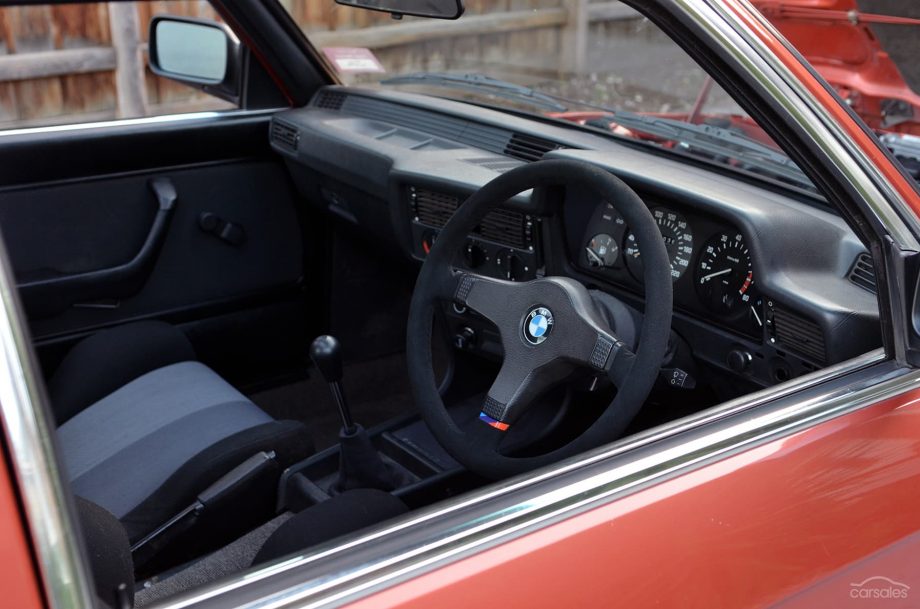 Aside from a few small stone chips and a slightly worn driver’s seat, the condition of this E21 simply beggars belief. Look how crisp the dash looks – not a single crack.

If we had an odd thirty grand to spare, we’d be hopping on the first flight to Melbourne to snap up this gorgeous example of German sporting excellence.

Sadly, we’ll just have to leave it to you punters.