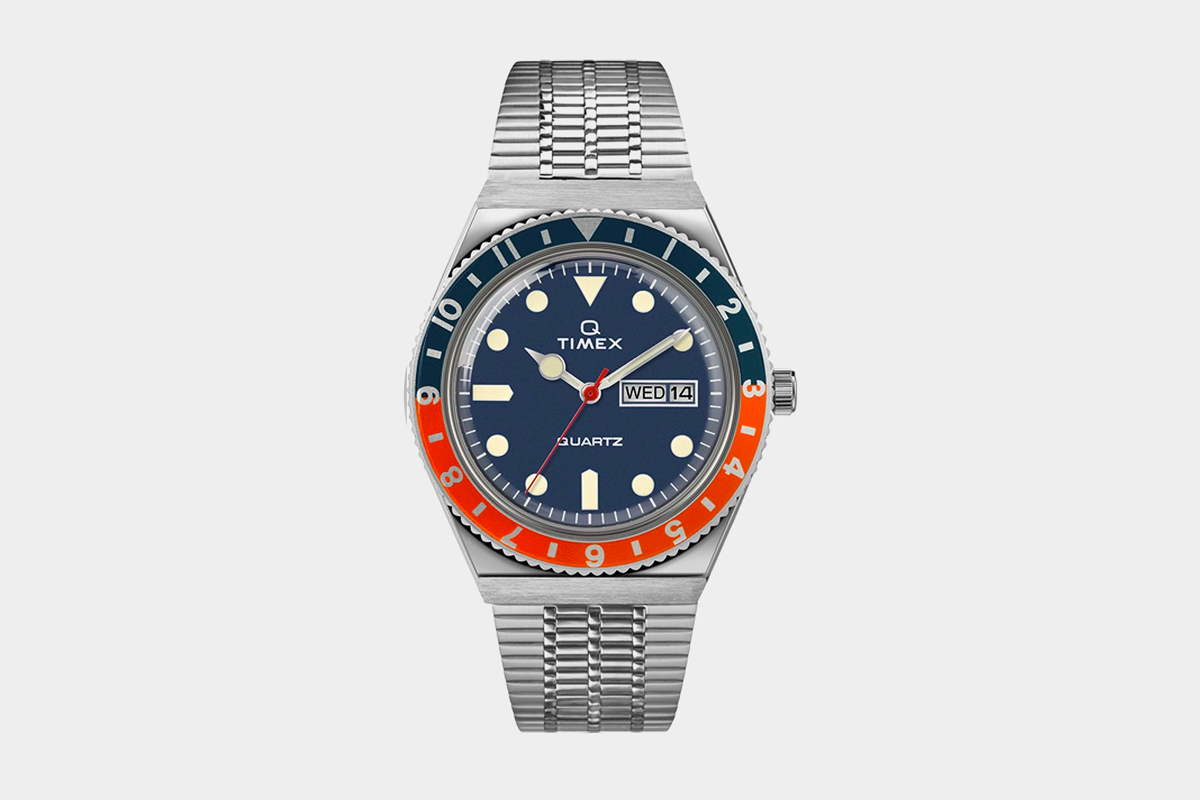 Timex re-launched the Q Reissue 1979 toward the end of 2019 with a Pepsi-coloured bezel. The watch proved so popular that the watch company launched another model, the M79, inspired by the ‘Batman’ black and blue bezel, again, to much acclaim. Knowing it’s best to keep going while they’re riding high, Timex has now dropped three, yes three, brand new colours of the iconic timepiece.

Timex says the new watches are “a natural evolution of our much-loved Q Timex 1979 Reissue. These watches add bright pops of colour to all the heritage-inspired features of the original.” As with the previously released models, this new trio runs on a quartz movement (except the ‘Batman’ which is automatic) and all feature a day/date window at 3 o’clock.

The trio is available now direct from Todd Snyder for $179, but given the popularity of the previous models, we don’t expect these to be around for long. So be sure to get in quick.