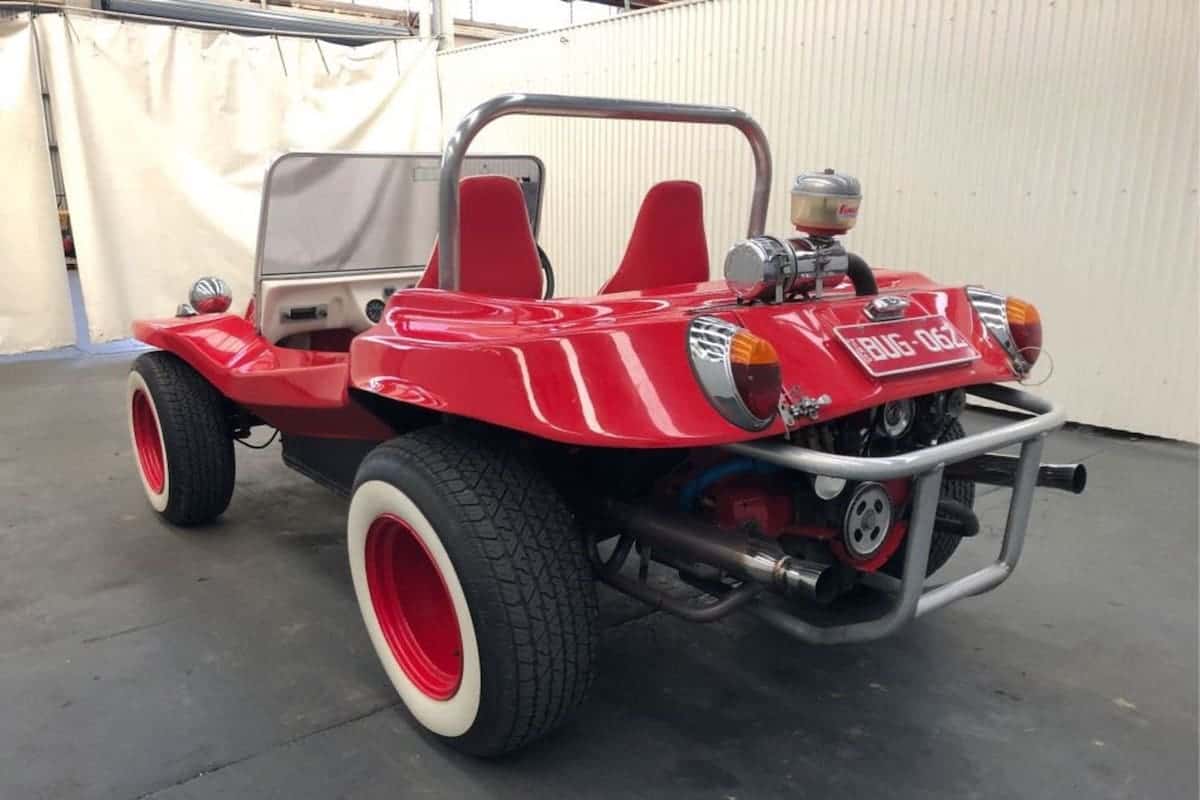 The 1962 Volkswagen Beetle (in name only). Image: Pickles.

There’s no other car quite like the classic Volkswagen Beetle. Not only is it the longest-running and most manufactured car of all time, its incredible versatility and robust design mean that it’s the perfect candidate for modification.

From pimped-out ‘lunar rovers‘ to straight-up just turning one into a hotel, the ubiquity and charm of the ‘Bug’ naturally invites customisation and experimentation. While its diminutive four-banger only put out a modest 40hp even in its largest incarnations, its rear-engined rear-wheel-drive layout naturally lends itself to performance applications. Plenty of mechanics and revheads over the years have figured out ways to eke many, many more horses out of its motor.

One of the most popular modifications one could make to your Beetle back in the day was to turn it into a ‘dune-basher’ or ‘beach buggy’, either by taking an angle grinder to its all-steel body or by replacing it wholesale with a fibreglass body kit. The buggy became an icon of 60s surf culture, particularly in places like California, Florida, Hawaii and of course, here in Australia.

Tasmania might not be known for its beaches, but this period-correct VW-based whip going under the hammer by Pickles in Hobart is the ultimate beach buggy. It might also be one of the coolest cars on sale in Australia today. 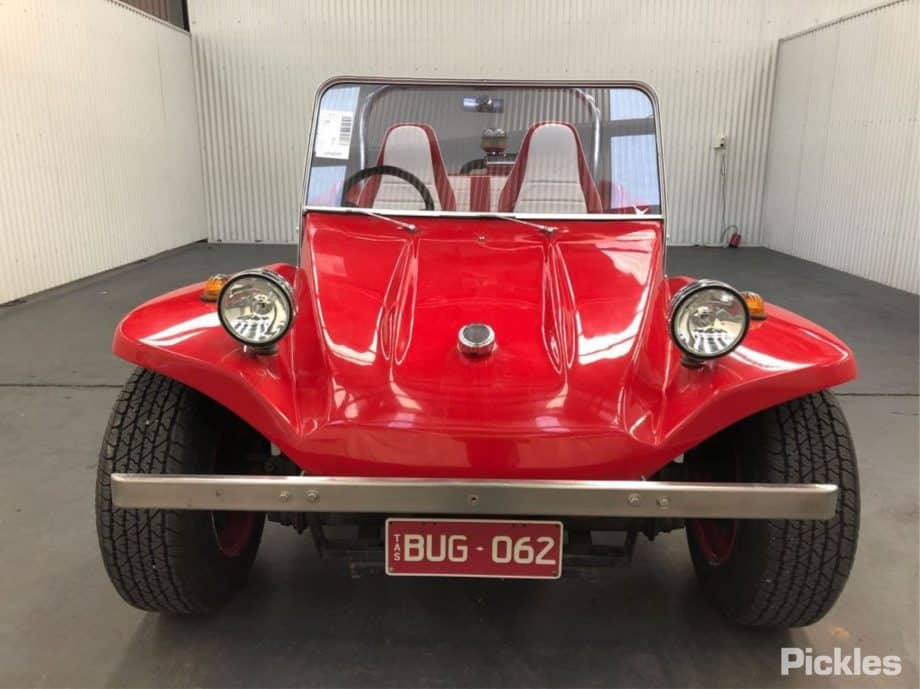 If you were in any doubt as to what this car is under the skin, just check the number plate.

This 1962 coastline cruiser might have started off its life as a humble VW Type 1, but has clearly been extensively modified. The most obvious modification is the bright red J&S body kit. Don’t be fooled by the photos on the original listing – there might be a Meyers Manx badge on this buggy but DMARGE reached out to the seller who confirmed with us exclusively that it’s a genuine J&S kit.

J&S Fibreglass was a small company based in Sydney’s Five Dock that built removable hard tops for and kit cars like this beach buggy, which was their most successful product. Some of their other cars were powered by Holden ‘Grey’ 2.2L or Jaguar XK6 3.4L straight-sixes, but this buggy retains the (presumably original) VW Typ 126 1.6L flat-four.

This was the largest engine fitted to original Beetles, also found in Type 2 vans (aka the ‘Kombi’), Type 3s and US-spec Karmann Ghias. In a car this small and light, it’s probably all you need – but as previously mentioned, it’s easy to make these 40hp engines much, much faster. This engine’s also got aftermarket parts from Mick Motors installed, a respected classic VW shop up in Queensland. 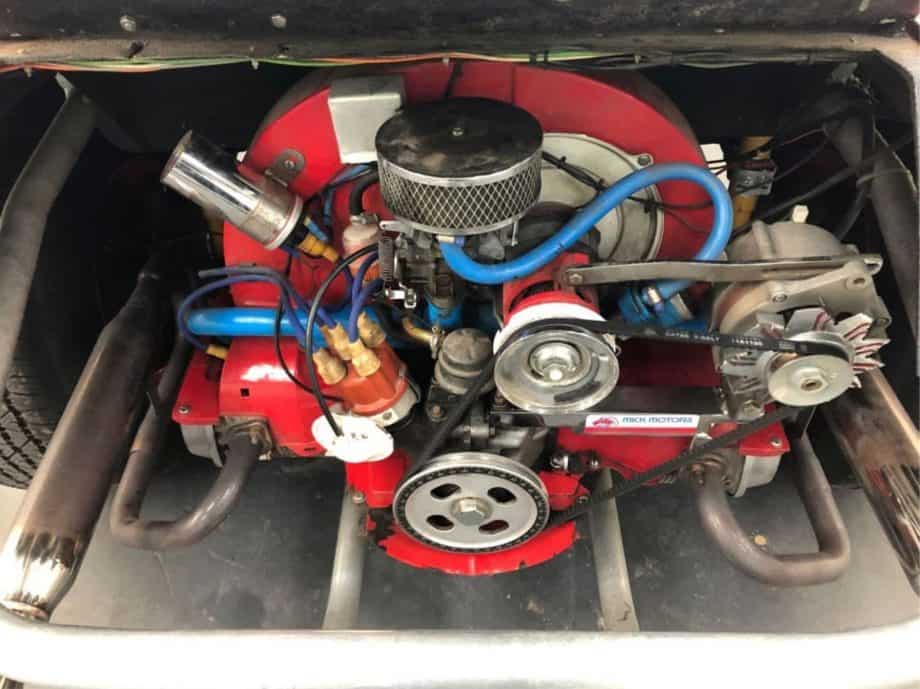 There’s something super cool about the way these engines just sorta hang out the back of these beach buggies.

The car has a distinct red-and-white colour theme, from the awesome white-wall tires with red rims, to the very 60s vinyl interior. The dashboard’s all white, too, with what appears to be an old Mazda radio shoehorned into the fibreglass surround. The redback spider entombed in the resin shift knob is a delightfully kitsch touch, too.

Otherwise, it’s a true beach buggy – no roof, no amenities, but vibes for days. Sure beats any old Jeep Wrangler pavement crawler in the looks department. And because it’s so mechanically simple – with Beetle parts as common as – this is one classic car that won’t break the bank (but will definitely crack a few smiles). 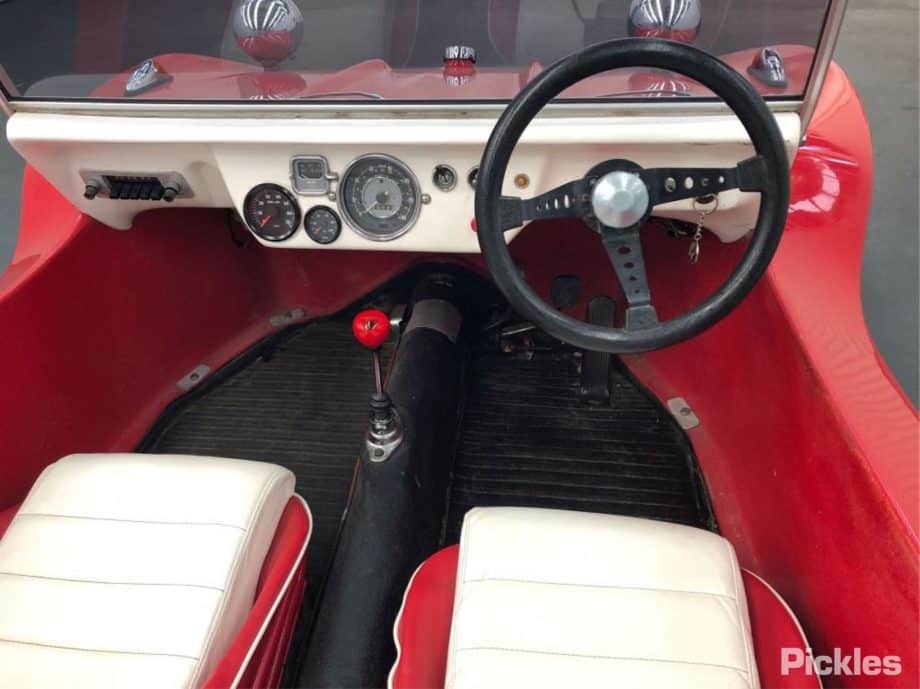 No frills, no worries.

The auction for this ultimate beach buggy opens on 11am sharp tomorrow morning (Friday 24th July), so have your wallet ready – this baby won’t stick around long.

Good luck, and you can find the listing here.