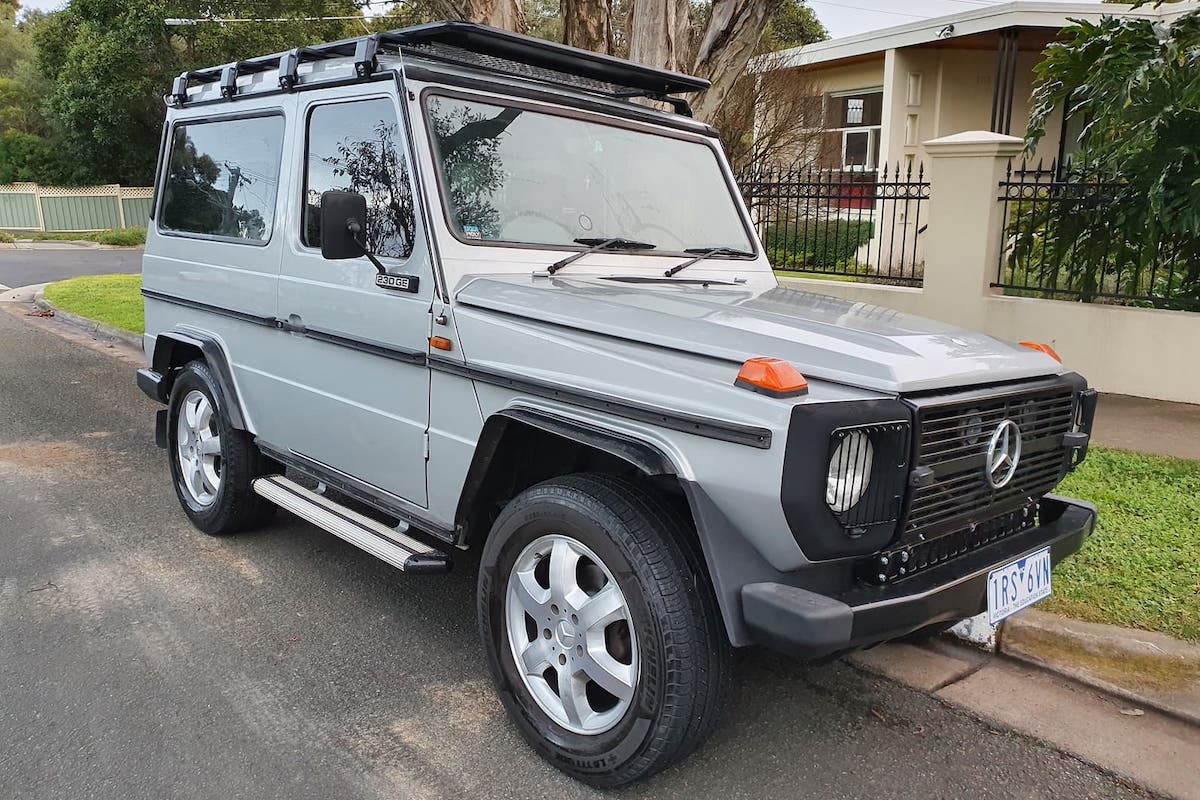 The Mercedes-Benz G-Class, better known as the G-Wagen, is one of the most iconic off-roaders ever produced. Boxy, hardy and capable, the SUV has entered service with militaries around the world (including with the ADF), as well as driven by anyone who wants serious off-road performance combined with German engineering excellence.

Yet most people know G-Wagens today as being the vehicle of choice for rappers and drug dealers. If you walk into a Mercedes dealership these days and ask to see a G-Wagen (assuming you’re allowed to leave the house), you’ll be presented with the automotive equivalent of putting lipstick on a pig. Modern G-Wagens are swathed in leather, faux carbon fibre and infotainment screens everywhere – a far cry from the utilitarian beasts it shares its DNA with.

But the beauty of the G-Wagen is that its design has barely changed since its release in 1979, and they’re so well-built that older models are still kicking around. It’s hard to find a late-model Toyota Land Cruiser or Jeep Cherokee that hasn’t been modified to within an inch of its life or driven into the ground, but G-Wagens tend to be looked after by their owners.

Case in point: this Aussie-delivered 1983 230GE Auto on Carsales in Kew East, Melbourne, unearthed by motoring blog Car Rave. With Melbourne feeling a bit like a warzone right now, this mil-spec Merc is the perfect vehicle to keep you safe (and steezy) during These Unprecedented Times. 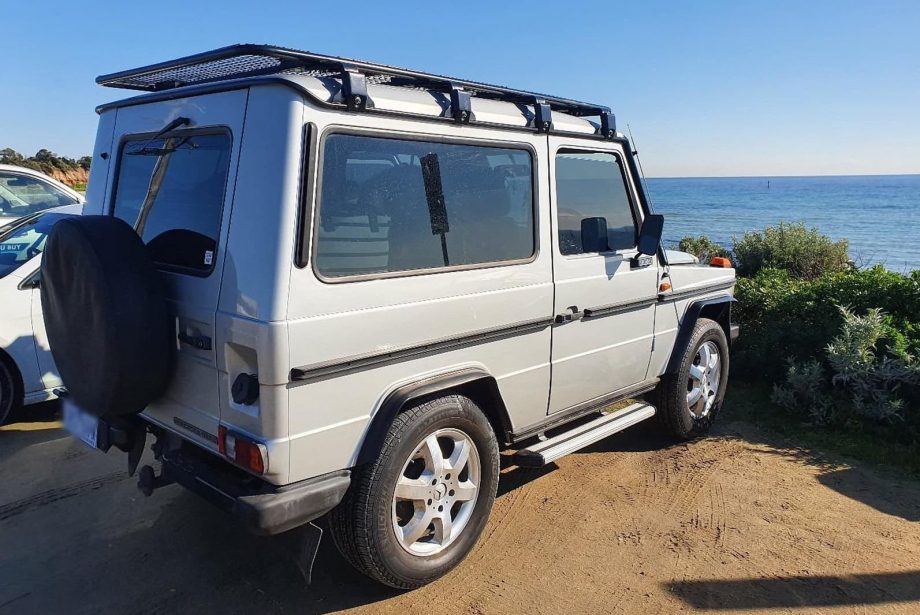 This’ll turn more heads down at the beach than any old Land Rover. Image: Carsales

This 2-door G-Wagen, while certainly cutting an imposing figure, is smaller than you’d think: with a wheelbase of only 2.4m, it’s actually shorter than a modern Jeep Wrangler (and a heck of a lot cooler, and better off-road, and better made…)

This car’s had a few tasteful modifications over the years, but nothing that would detract from the driving experience. It’s clearly been treated with care.

“The car has had a full body restoration before I got it and it looks great,” the owner relates.

“The interior is as good as a 1986 car can be with Recaro seats…  I fitted a reversing camera too.”

Other features include air conditioning, a tow bar, side steps and wheels from a later model G-Class (although they’re throwing in the original wheels, tyres and all). The car’s mechanically in good shape and looks stunning in silver.

“This is a proper 4WD with independent diff locks that will get you out of any sticky situations… The mechanicals are the same as any W124 sedan so parts are plentiful and relatively cheap to buy.” 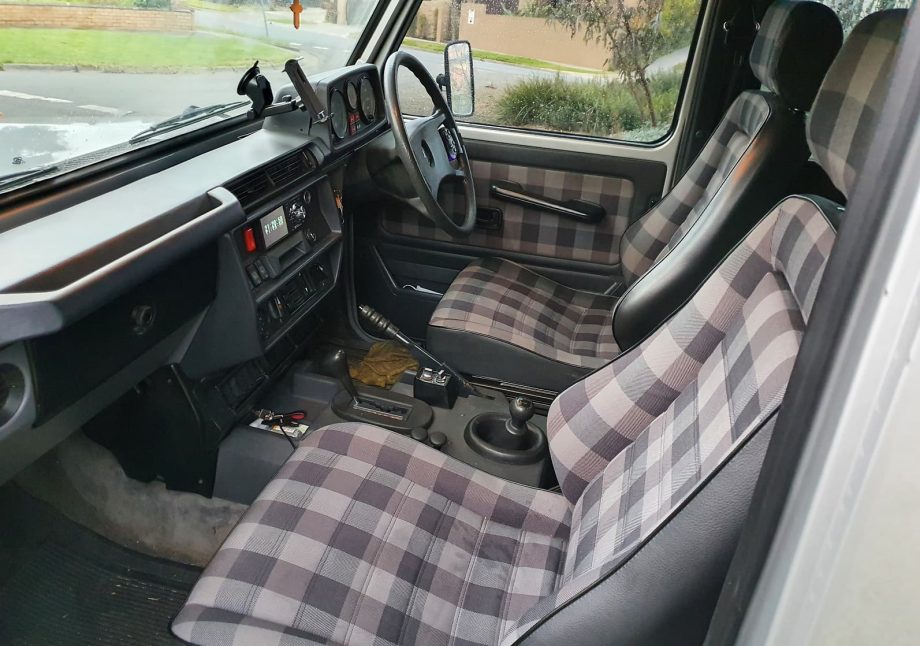 Old Mercs have a reputation for being bulletproof… G-Wagens quite literally. Sure, the interior’s a little worn, but it is an almost 40-year-old car. Besides, that’s character – and you’re hardly buying a G-Wagen to blend in. You buy a G-Wagen to pretend that you’re Arnold Schwarzenegger.

This is the only classic G-Wagen listed on Carsales and it’s unlikely to stick around. Get in quick before someone else does.