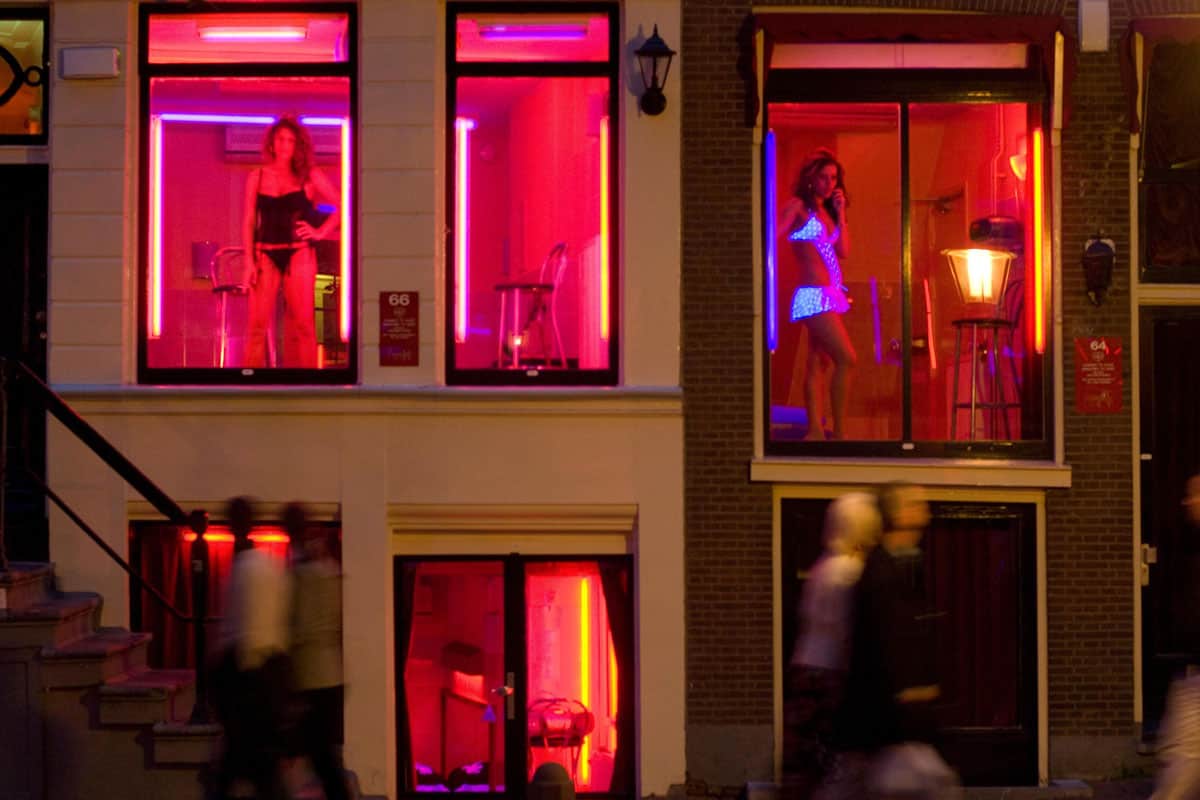 Amsterdam is known for its liberal approach to life. While Brits, Americans and Australians (to name a few) titter at sex and treat C grade drugs as the height of felony (whilst at home), The Netherlands’ capital opens their minds to a whole new world of freedom (all while emptying their wallets).

On that note, one of Amsterdam’s most stereotypical (and profitable) attractions: the Red Light District, is now under a different kind of scrutiny as sex workers were recently given the green light to go back to work.

After being closed for months thanks to The Pangolin Kiss, the Red Light District is now open again – but that doesn’t mean it’s back to normal.

As Amsterdam rethinks its post-pandemic image (something DMARGE reported on earlier this year), with locals having enjoyed the city centre, for the last four months, to themselves, officials are considering cutting back on mass tourism, to keep the benefits of reduced noise, littering and disorderly behavior into the post-pandemic era.

One idea that has been floated, to achieve this, involves a massive overhaul of the Red Light District, which could see the city’s sex workers relocated to a “prostitution hotel” outside the city center.

As CNN Travel reports, “The district in Amsterdam’s historic center, known locally as De Wallen, relies heavily on tourism and normally attracts over a million visitors a month.” But now, “emboldened by the sight of empty streets and the calm atmosphere during lockdown, residents living in the city center are calling for change.”

“More than 30,000 residents have signed a petition titled ‘Amsterdam has a choice,’ which urges city authorities to improve the quality of life for residents in the center and restrict the annual overnight tourist stays to 12 million. Last year the total stood at 18.8 million.”

It’s not just window shows that bring tourists to Amsterdam. As Anita, a Prostitution Information Center employee told CNN Travel, the industry may have been unfairly singled out: “The sex workers are not the cause of the disturbance. The bachelor parties are the problem and the fact that EasyJet flights are so cheap.”

“Before the lockdown,” CNN Travel reports, “Amsterdam Mayor Femke Halsema was already considering a major overhaul of the Red Light District in a bid to reduce disruptive behavior and protect the sex workers from degrading conditions. In May, she said that the pandemic has highlighted the ‘urgency to think about the city center of the future.'”

“Halsema has presented four scenarios for the district, which range from reducing the number of brothel windows to moving sex workers to a new location.”

She has also suggested opening a “prostitution hotel” outside the center and said in May that the search for a new location was well under way. A spokesperson has told CNN Travel that the council will hold a vote on the scenarios after the summer.

Whether you are in for curiosity, guilty pleasure or a culture check, the ❌❌❌ Red Light District is definitely going to shake you off your boat. As you reach the district, you’ll find over 300 windows, each lit up in red neon 🚨to indicate that it is open. Brothels were legalised in 2000, with the condition that working ladies were checked regularly. Visiting the district will either leave you speechless 🙈or satisfied.

Sex workers fear the district’s closure would put them in a precarious position: “When you leave your shift at 5 a.m., the robbers will be lining up,” Anita told CNN Travel. “We don’t want to move into a prostitution hotel. Here everyone can see us. That’s what makes our jobs safe.”

Sex workers also point out that moving to the city’s outskirts will reduce their earning potential.

Only time and budget flights will tell.