“With everything closed down, I was able to concentrate on just making wine, nothing else…it was the most enjoyable vintage!” 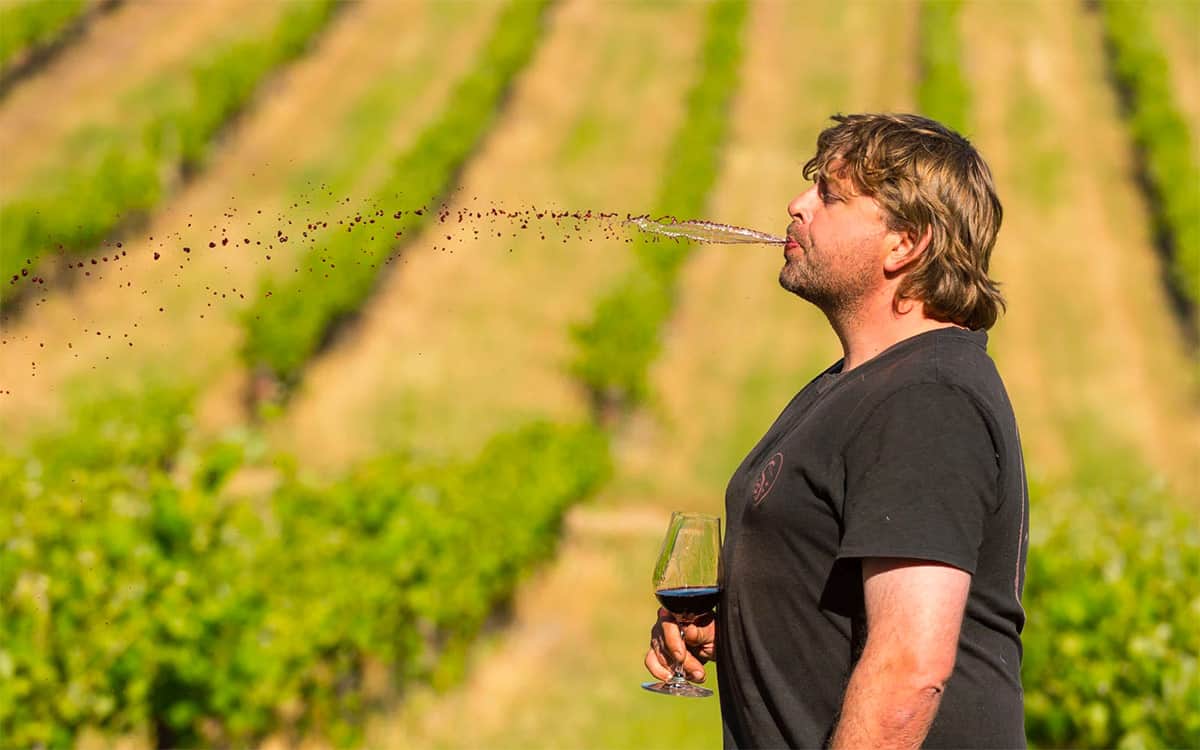 Safe to say 2020 hasn’t exactly been a year to remember, and there are still five whole months left until we can say good riddance and welcome in – a hopefully more fruitful – 2021. Obviously, the whole planet is going through a bit of a crisis at the moment, but Australia has been on the end of multiple crises.

We began the year with bushfires and floods and now are in the midst of a pandemic.

Both natural acts of destruction have had a significant impact on the economy of Australia, with travel halted and businesses being forced to close. One area, in particular, that has been at risk of a complete downfall is the Australian wine business, something we as a nation are incredibly proud of.

With the situation starting to ease here in Australia – ok, maybe not right now in Victoria, but we have faith they’ll pull through – we decided to reach out to the people on the ground, at the wineries themselves, to find out just what exactly is going on with the Australian wine business right now.

We spoke to David Lehman of david Franz wines, situated within the Barossa Valley in South Australia to find out how his business has been affected and how he plans to adapt to change to keep it thriving going forward.

David begins by regaling some surprisingly good news, “we were incredibly lucky in many respects this season, as being in the Barossa meant none of our own vineyards were directly affected, either by the fires or the smoke.”

“The Eden Valley, from whom we buy fruit in the [Adelaide] Hills, was similarly unaffected, however, the fruit we purchase from Birdwood in the Northern Adelaide Hills, unfortunately, was too heavily affected by the smoke to make into table wine.”

But, being an entrepreneur, David didn’t let this one setback affect business. “We instead made it into Vincotto, a type of rich golden heat concentrated grape juice syrup, which was excellent.”

So far, so good news then. However, David adds that despite david Franz wines escaping relatively unharmed from the bushfires, it was the heatwaves that led up to them that actually caused more damage. “The drought and extreme heat conditions actually had a major effect on the 2019-20 growing season, with yields seriously affected.”

“Fortunately, the mild Autumnal conditions meant that although there weren’t many grapes grown, the quality of what was produced was largely outstanding across both White and Red varietals.” And ultimately, a great-tasting shiraz or cabernet sauvignon is what matters, right?

David continues that the current pandemic has been a blessing in disguise, “In a weird way, the timing of COVID-19 was great as with everything closed down, I was able to concentrate on just making wine, nothing else…it was the most enjoyable vintage!”.

So, with David in unexpectedly good spirits following the arrival of The Virus – despite the expected closures and changes – we asked him how he plans to adjust the business going forward to keep business booming.

“The last time we saw anything akin to the COVID-19 effect, was in the global financial crisis, back in the late noughties. The complete cessation of all Cellar Door and restaurant trade was certainly a shock to the cashflow. However, we saw an uptick in online sales and our direct-to-bottle-shop sales here in South Australia luckily kept the wolf from the door.”

“Our immediate post-COVID plan consisted of getting our doors open at the Cellar Door as soon as tastings were allowed again, then working out how to still offer all that we had in the past, safely.”

And open those doors have, with David telling us the Cellar Door has opened to its usual hours of 11am – 5pm, seven days a week since the June long weekend. He adds it’s been really busy (those thirsty South Australians would have likely been getting bored of their lounge room to enjoy a glass or several) and he plans to open some evenings, just as soon as the temperature starts increasing.

In yet more good news for David’s business, he has seen a spike in online sales since the lockdown period, and it hasn’t seemed to have slumped since the doors re-opened. Clearly those great-tasting wines are hitting the right tastebuds of many of his visitors.

As of right now, he says that any new idea to help the business is up for discussion as “with the current uncertainty, nothing is in (or out).

“The only constant is authenticity and integrity that must underpin every facet of our business – staff wellbeing, vineyards, winemaking, packaging and hospitality at our Cellar Door.”

And with many industries such as travel don’t expect to return to ‘normal’ pre-COVID business any time soon – some are even predicting a date of 2024 – we put a question surrounding this to David, to ask how long he expects it to take david Franz wines to see similar levels of trading. His response actually surprised us a little, and it’s clear innovation is the name of the game.

“Who knows, in some ways, we’re ahead of the curve at Cellar Door – South Australians are supporting their regional areas amazingly and on the whole are a thirsty bunch. Domestically, in Victoria, NSW, QLD, WA, well, time will tell.”

“I reckon it’s a mistake to try and recapture where we were before, this is an awesome opportunity to reboot! I don’t envistage going back to pre-COVID, rather something different that works much better.”

“I don’t believe you can make a ‘plan’ for going forward, other than to do your best, be understanding and remember to laugh – it’s all going to be ok!”