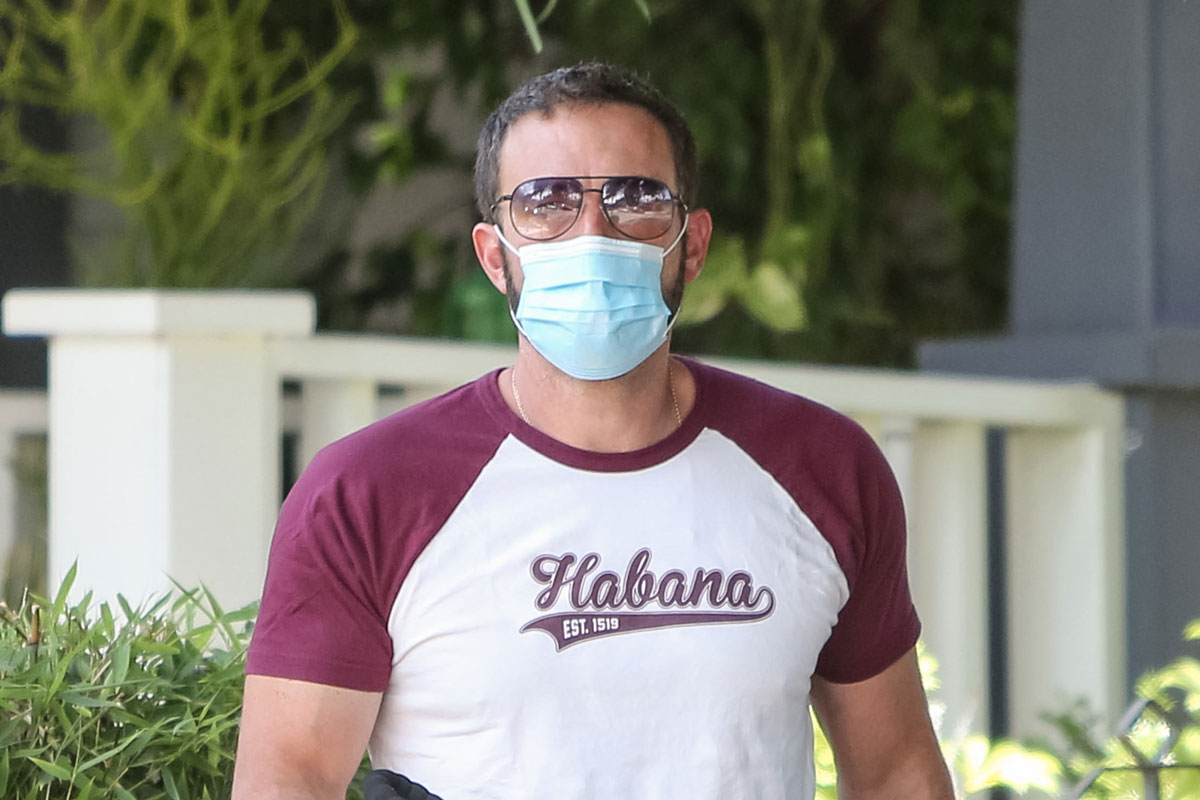 But his best role, and maybe the one he was born to do? A Burt Reynolds impersonator.

The 47-year-old actor was spotted out in Los Angeles on Tuesday sporting a luscious ‘lockdown beard’ and aviator shades, looking like a dead ringer for 70’s sex symbol Reynolds. 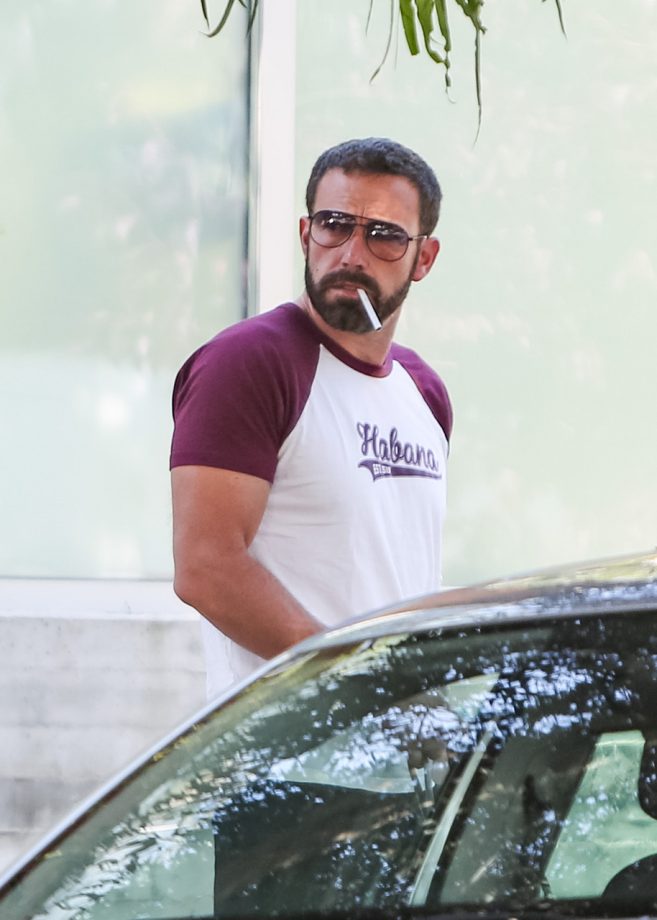 For those of you who aren’t familiar with Mr. Reynolds, he was a TV and film star of epic proportions throughout the mid 20th century, starring in films like Deliverance, The Longest Yard, Smokey and the Bandit and The Best Little Whorehouse in Texas.

A pop culture icon, the late Reynolds is remembered as “the easy going cannonball of old school Hollywood manliness” – an attitude Affleck appears to be channeling of late (the easy going part at least).

Hitting the streets of LA to walk their dogs, Affleck strolls alongside girlfriend and Knives Out star Ana de Armas, wearing a maroon and white short sleeve tee, black jeans and blue sneakers.

He also wore a face mask, which he removed to smoke a cigarette, giving us a good look at his impressive ‘salt and pepper’ (but mostly pepper) iso beard.

Affleck joins the likes of Chris Hemsworth and Conor McGregor, who also, in recent months, have given up the ghost on clean-shaven grooming.

He also (whether consciously or not) joins thousands of men worldwide, who are growing their beards out this year in support of Melanoma charity Beard Season (which, in itself, has sparked a number of hilarious new face fuzz styles).

Whatever your thoughts on Affleck’s iso beard, at the very least it takes your mind off the bizarre ‘summer fit‘ trend that burnt its way into our eyeball on Monday.