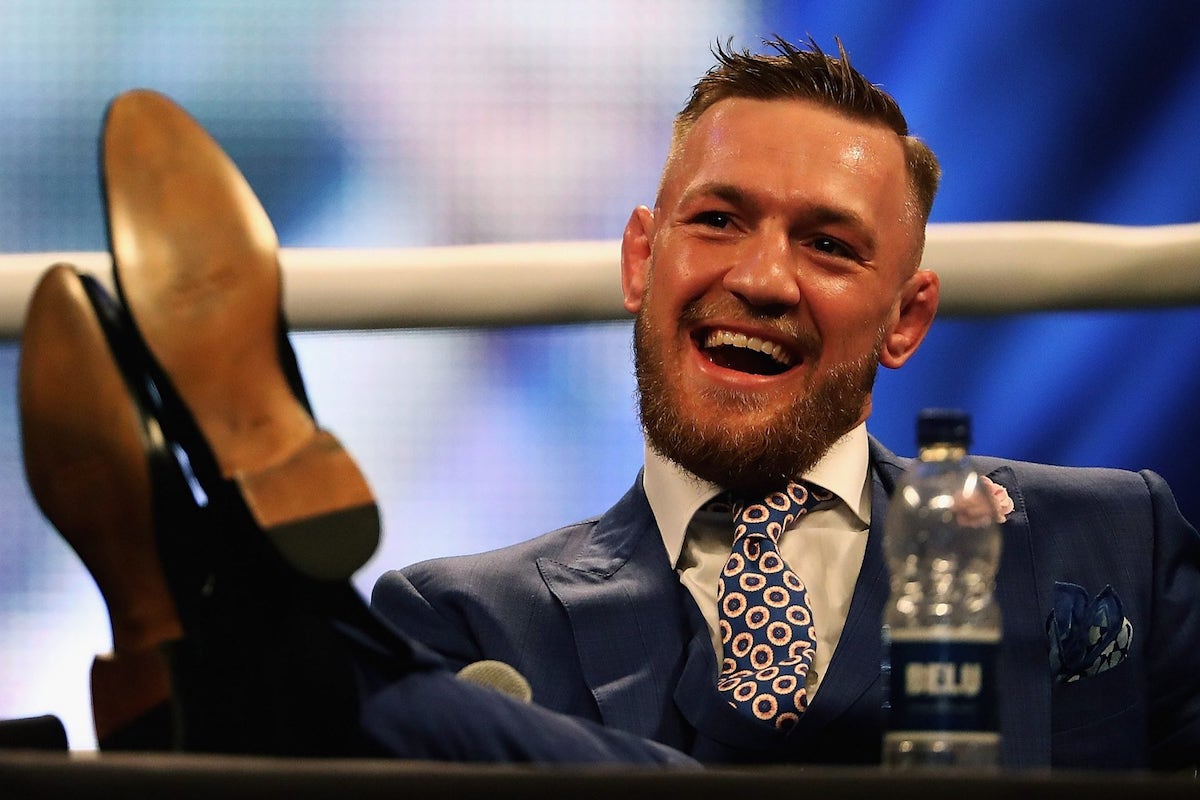 When you think of the world’s best national cuisines, there are a few countries that come to mind immediately as contenders. Italy, Vietnam, Spain, China, France, Japan, Mexico… Versatile, complex national cuisines that combine technique and ingredients in novel ways to produce something magical.

And then you have Irish cuisine: potato, whiskey and soda bread.

Of course, we’re talking about Conor McGregor. The 31-year-old UFC champ shared a snap of a truly bang-up Irish breakfast on his Instagram last weekend, as he’s done a few times in the past – replete with bacon, sausage, blood pudding, scrambled eggs, baked beans, toast, juice and of course, tea.

Just looking at this feed is enough to make even the most committed vegan reconsider their life choices. Looking at this veritable mountain of mouth-watering protein and fat, you’d be forgiven for thinking McGregor really has retired, if he’s treating himself to a brekky like this.

But that’s where you’d be wrong. McGregor has flip-flopped on retirement a number of times – this meal’s just a fake-out. Even more than that, a good Sunday breakfast with all the fixings like this could be his secret to staying ripped and ready to fight (don’t believe us? Check out The Rock’s diet – it’s not just McGregor that’s on this bandwagon).

Sam Wood is an Australian fitness coach and nutritionist who’s made a career out of providing sensible, no-bullshit health advice. One particularly valuable nugget of wisdom Wood’s shared is how we should readjust our conception of dieting and the idea of ‘cheat meals’.

His point is that there’s nothing wrong with the occasional treat as a snack, or an unhealthy meal. We’re all human, and if we rigidly ascribe to a strict diet and don’t give ourselves the flexibility to enjoy ourselves, it’s easy to get demotivated.

“Referring to these indulgences as treats reminds me that there’s nothing wrong with listening to my body and satisfying that craving every now and then. This allows me to enjoy a guilt-free pleasure and it helps me maintain a healthy relationship with food which is paramount for long term success… and sanity!”

McGregor’s able to stay so fit because he gives himself the flexibility to enjoy a cheeky Irish breakfast every now or then. Or blood pudding gives you superpowers. It’s one of the two, for sure.