A workout that will leave you a quivering mess… 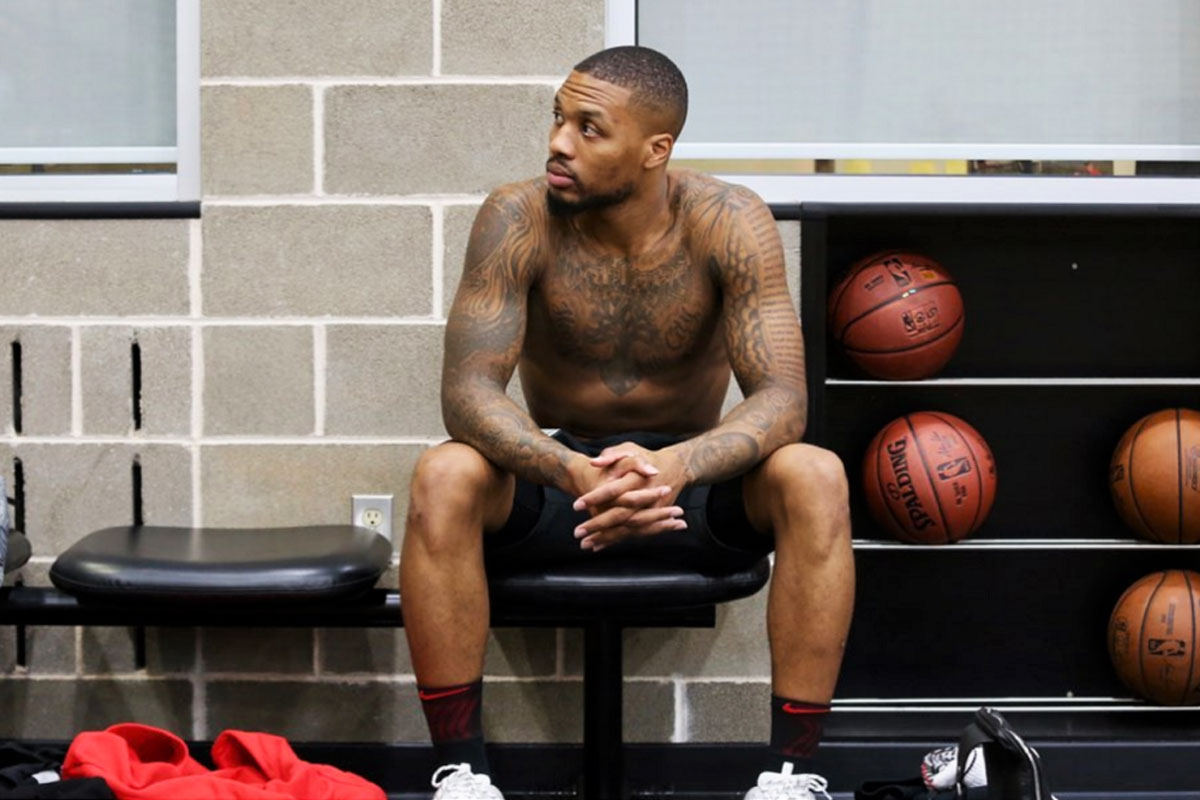 While most of us have been more idle than a rusty Subaru, some individuals have taken lockdown by the horns and got super jacked.

One among them is NBA star and Portland Trail Blazers guard Damian Lillard, who on Monday took to Instagram to show us the most extensive fitness routine of his we’ve seen yet.

While, to be fair, he had less of a task in that he only had to keep himself ripped (as opposed to the rest of us, who have pudgier mountains to climb), the workout – and mindset he brings to it is epic.

“Stay ready and you won’t have to get ready. If I come up short EVER… whether I was prepared or not won’t be the reason,” Lillard captioned the post.

The workout itself is (from the point of view of a slovenly journo) insane. It also shows how he keeps everything from his glutes to his triceps in ‘cover athlete’ condition.

Just for good measure, one day later (on Tuesday) Lillard posted another workout clip, this time of a pulley bicep workout, further demonstrating what it takes to build the body of a ‘cover athlete’ (beyond, obviously, the on-court prowess).

On that note: as NBA News reported on Tuesday, Lillard will be featured on the cover of the next NBA 2K video game release.

At hearing the news the five-time All-Star (and first Trail Blazers player to receive the honor)  took to Twitter to call it a “dream come true.”

Being on the cover of @nba2k is a dream come true. I’ve been playing 2K since the Dreamcast days! Hyped to be the #NBA2K21 Current Gen Cover Athlete. #YKWTII #DameTime ⌚ 🎮 pic.twitter.com/d1bPKTm0je