The first thing many celebrities do when they become rich and famous is splash their cash on expensive motors. It’s a self-fulfilling prophecy: celebrity buys flashy, expensive car; the paparazzi and tabloids have a field day taking photos of said flashy car; celebrity becomes even more famous.

But money can’t buy taste, and sometimes the paparazzi are laughing at celebrities rather than with them. Some famous people have spent oodles of money on either terrible cars or making cars terrible – think Kanye West’s Lambo Urus, deadmau5’s awful “Purrari” or will.i.am’s butchered DeLorean.

Dolph Lundgren might be an exception to that rule, however. The Swedish action movie star’s buff exterior belies a man of intelligence and taste (did you know he studied a master’s in chemical engineering at the University of Sydney?). He’s also a serious automotive enthusiast.

Lundgren was recently spotted on the streets of LA enjoying his Fourth of July with a quick spin in a fine Italian automobile – one that demonstrates his impeccable taste and constitutes a masterclass in the art of the ‘subtle flex’. 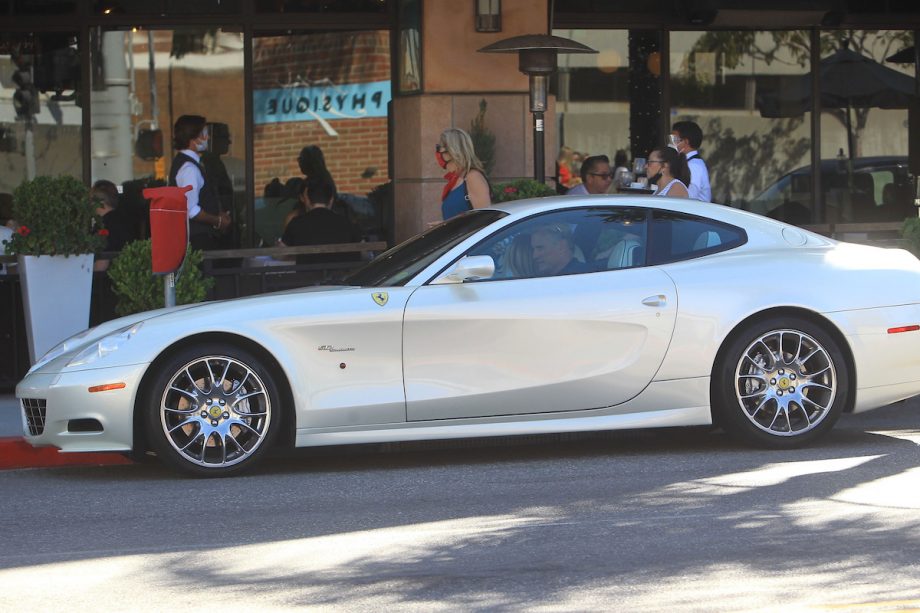 Lundgren’s Ferrari 612 Scaglietti is a beautiful car. Interestingly, Lundgren opted for a silver model instead of a more eye-catching colour: some people consider it sacrilege to spec a Ferrari in anything other than red, but we reckon the silver looks great on such a beautifully proportioned 00’s grand tourer.

The 612 Scaglietti, produced from 2004 to 2010, is the perfect combination of performance, comfort and style: it can fit four people easily, but thanks to its sleek 2+2 profile (and whopping 5.7L V12 with an output of 397kW / 533hp) it’s got more than enough get-up-and-go to escape any baddies.

It’s still a Ferrari but it’s a more subtle, grown-up model. The silver paint job lets it blend in with the more pedestrian American large sedans on California’s streets, but those in the know will spot that iconic yellow horse and know what’s up. Lundgren’s not looking to stunt on people: he drives his 612 because he likes it. And it’s that quiet confidence that’s truly cool.

The ‘subtle flex’ is far cooler than being ostentatious. Take Conan O’Brien’s subtle Panerai watch flex in Japan last year. O’Brien’s not afraid to be goofy and have some fun (he’s a comedian, after all) but when push comes to shove, he knows his stuff.

It’s also nice to see Lundgren give his old 612 a spin, considering he’s got quite the car collection, with beauties like a Ferrari FF (the 612’s successor), a Shelby Cobra MkIII and a Corvette C2 in his possession.