Obscure Portuguese Operator Makes History With First Ever ‘Cargo A380’

It can now take a heavier load than the Beluga XL, Airbus’s gigantic, whale-resembling freighter. 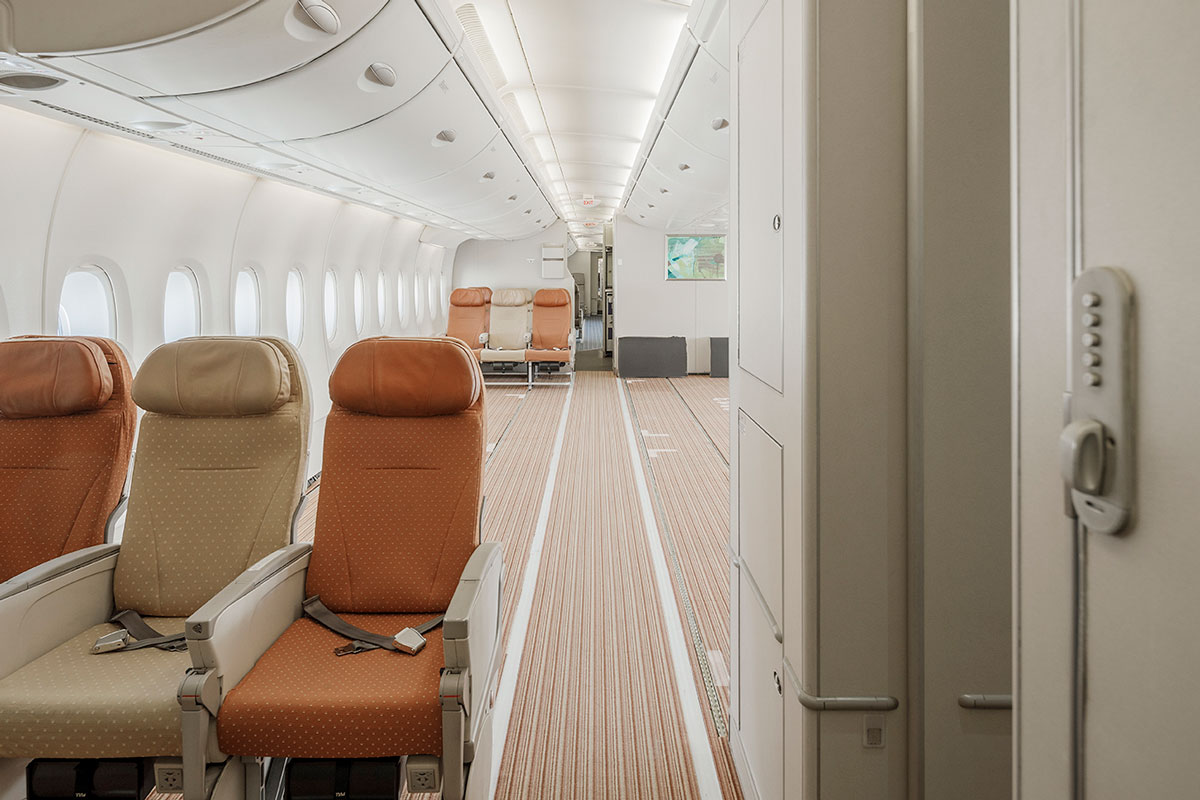 We’ve had Air Canada gut their Boeing 777’s and Lufthansa rip seats out of its A330s to make way for cargo, but up until now the A380s of the skies have escaped the same mauling.

Of course, morally, Lufthansa and Air Canada should be applauded for their smart solutions to an inactive fleet (the change helped transport medical goods, after all). But aesthetically it was a shock to the eyeballs.

Following along the same lines, Portuguese charter operator Hi Fly just made history by creating the first ever “cargo A380.”

Hi Fly temporarily removed passenger seats from an A380 (the only one in its fleet) to make way for more cargo, “making it the world’s first A380 to be converted for freight,” CNN Travel reports.

Hi Fly Airbus A380 is now able to offer more than 300m3 of volume capacity and close to 60 tons of cargo. #A380 #CargoFlights #HiFly #HiFlyAirline #9HMIP #WeFlyWeCare #covid_19

It now offers over 300 cubic meters of capacity and can fly with almost 60 tons of cargo.

To put this in perspective, that’s a heavier load than the Beluga XL, Airbus’s gigantic, whale-resembling freighter airplane, can take.

The newly converted jet is being used to move medical and protective equipment to aid the fight against The Pandemic, with Santo Domingo in the Dominican Republic, Montreal in Canada, and Tianjin and Wuhan in China being its most recent drops.

It could also mark the beginning of the end for the A380: “This aviation first is perhaps a last hurrah for the A380, as Airbus announced last year that it would stop deliveries of the superjumbo in 2021,” CNN Travel points out.

It remains to be seen whether this particular jet will go back to carrying passengers once the planet stops coughing or whether Hi Fly will retire the aircraft. However, the latter is definitely on the cards.

In fact, other carriers and manufacturers are currently grounding A380s and stopping orders of their construction, due to the growing belief they will be too expensive to operate in the recession that will inevitably follow this pandemic.

If Hi Fly choose to start using the A380 for passengers again though, all they’ll have to do is put the economy seats back, because, “like most other airlines temporarily reconfiguring their planes, Hi Fly only removed economy class seats as premium-cabin seats have more parts and are harder to disassemble/reinstall,” (The Points Guy).

“Other interior elements like galleys and lavatories were also left intact for when the plane returns to normal operations.”

Here’s hoping those normal operations can resume as soon as possible.