“Wait a minute, Doc. Are you telling me you built a time machine…Out of a DeLorean?” 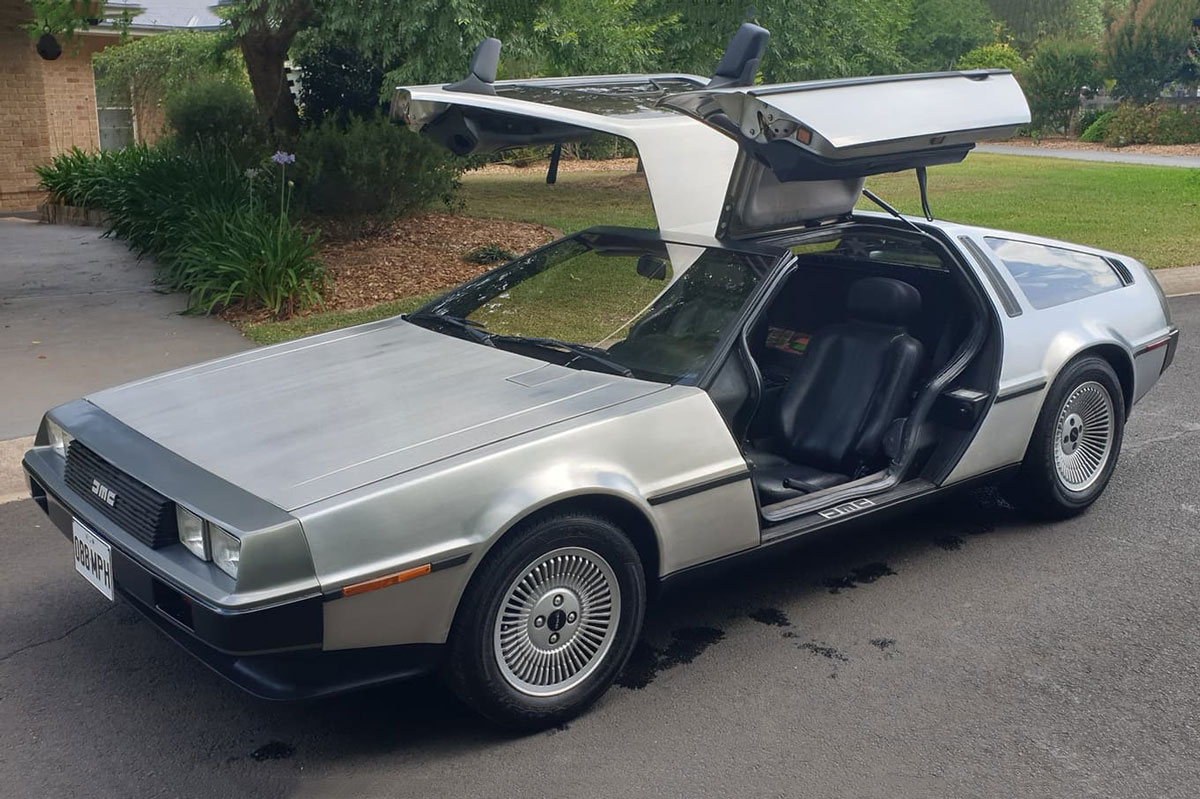 Any story about the DeLorean DMC-12 inevitably includes a reference to the cult 80s film series Back To The Future. We wouldn’t dare be so reductive, so instead let’s dedicate some more time to exploring the tragic hero that was John DeLorean, and his ill-fated sports car, the DMC-12.

A talented automotive executive who had worked for Packard, Chrysler and General Motors, John DeLorean was an Elon Musk of his day – a talented engineer and businessman known for his savvy business skills as well as his high-profile celebrity antics. Before leaving GM to found his own car company, DeLorean was most famous as the developer of the iconic Pontiac GTO muscle car.

The DMC-12, the DeLorean Motor Company’s only car, was one of the worst comedy of errors ever seen in the auto industry. It’s the stuff of legends – sh*tty build quality, awful performance, an outrageous price in the middle of a recession, and John DeLorean himself getting caught up in an FBI entrapment sting – the distinctive but flawed DeLorean is an automotive icon.

If you want to get your hands on one of these timeless pieces of automotive history, there’s one mint example listed on CarSales for $88,000 (a highly appropriate price tag). 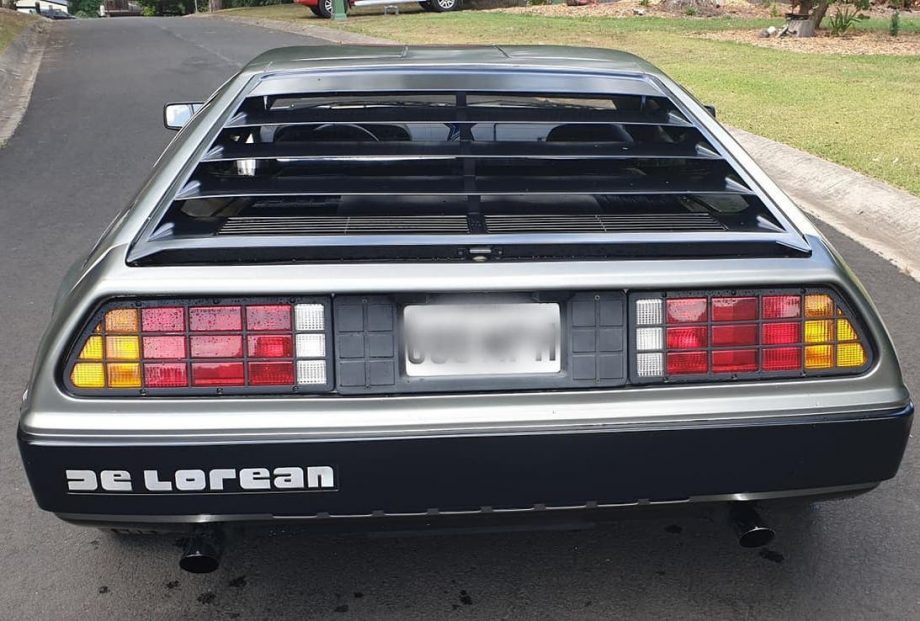 Baby Got Back To The Future. Image: Carsales

The owner can describe this beauty better than I can:

“My 1981 DeLorean DMC-12 is unforgettable… serviced on a consistent basis… this vehicle was imported 3 years ago from the US and was previously owned by the WWE wrestler Sheamus.”

“Car has had a Stage 2 engine and exhaust upgrade from DMC in Texas. Car also has original sales receipt, books, workshop manuals, and electrical diagrams. Travelled 34000 km. It is in such fantastic condition, you would mistake it for a new car. All major services have been completed. Always kept in the garage, safe and sound. An accident free car.”

“DMC in Texas? But I thought the company went bankrupt in the 80s,” we can hear you saying.

For those of you who don’t know, there’s a successor company that’s still around today. A British car mechanic and DeLorean fan bought the DMC trademark and the remaining parts inventory of the original DeLorean Motor Company and founded a company in Texas which now rebuilds DMC-12s using a combination of ‘new old stock’ and reproduction parts. 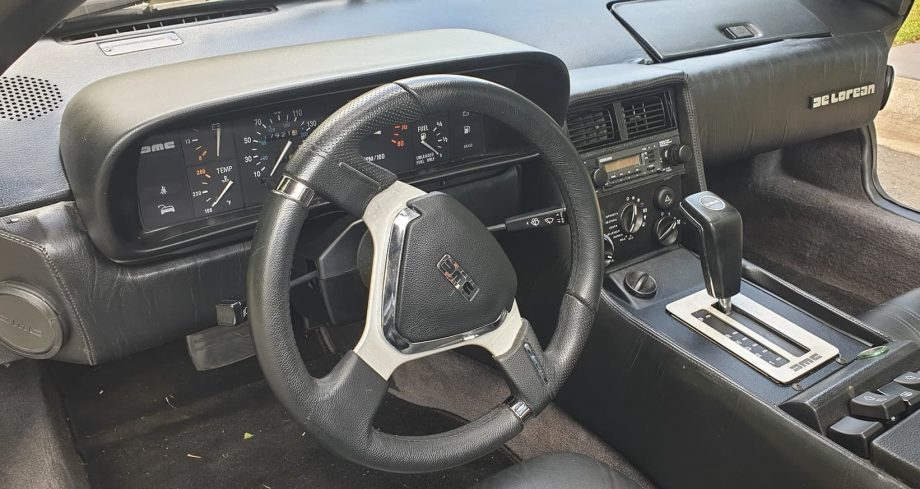 The ‘Stage 2’ steering wheel is the most visible reminder that the car’s been zhuzhed up by DMC in Texas. Image: Carsales

While this DeLorean’s still running an original PRV engine, the fettling it received in Texas is likely to have elevated it significantly. One of the biggest criticisms of the original DMC-12 was its powerplant, which only put out a paltry 130hp (97 kW). The fact this one’s had some performance tweaks will undoubtedly make this a far better machine to drive.

Otherwise, this vehicle’s in remarkably original condition. 34,000kms on the clock is ludicrous, too. The interior looks great and the exterior… Well, it’s still jaw-dropping. One of the most unique features of the DeLorean is its unpainted aluminium body panels, as well as its theatrical gull-wing doors.

John DeLorean himself was a tall man, standing at 6′ 4″ (1.93 m). He designed the DMC-12 with gull-wing doors primarily for dramatic effect, but also to make ingress and egress as easy as possible for tall motorists. Gull-wing doors also make it easy to get in or out in tight car spaces (although we’re sure more than a few drivers have accidentally hit low ceilings with them, too).

Fully opened. Being rear-engined, the DeLorean has a small ‘frunk’, although we reckon you’re not buying it for its practicality. Image: Carsales

In all seriousness, these things are incredibly rare, particularly in Australia. We wager that a DMC-12 would make a fantastic investment… Or daily driver, if you’re bold enough.

On sale in Kurrajong, NSW (75km outside of Sydney), this time traveller can be found on Carsales.