“What the f*ck is wrong with this guy?” 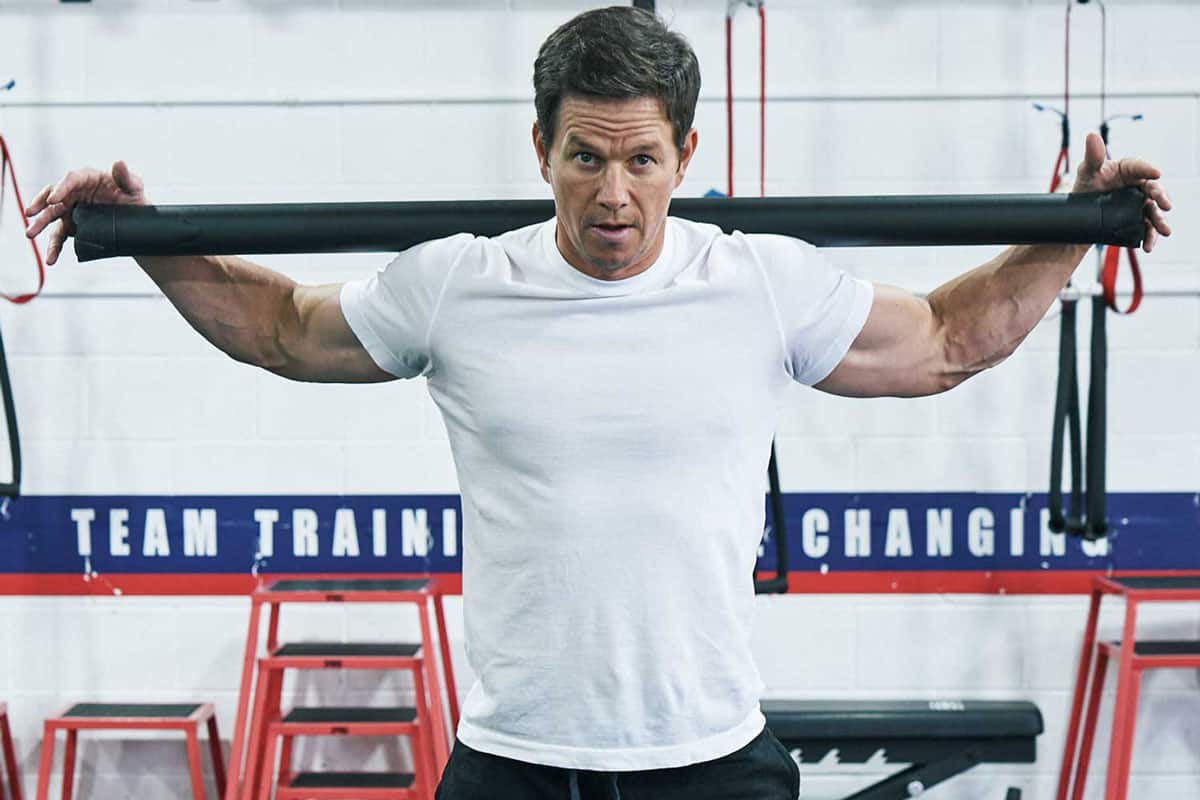 We all think we would like to live the lives of our favourite celebrities. Having their fame and fortune, the VIP events, the endless supply of free sh*t from companies wanting you to endorse their products. But celebrities are still humans at a base level, and they’re not immune to the effects eating too much junk food or drinking too much alcohol.

Hollywood’s elite need to keep themselves fit too, not only for their health but also to help land those all-important movie roles.

The American actor and former rapper (god bless you Marky Mark) is one of Hollywood’s most ripped and is regularly cast in the typical ‘tough-guy’ role. He’s also a big advocate for fitness, so much so that he’s even invested in Australian fitness cult fad F45.

But how exactly does he keep himself fit and what happens when us regular humans attempt a similar regime?

It’s a question that YouTuber Laurie Shaw wanted to answer. Laurie has previously carried out experiments such as attempting CrossFit for 30 days straight, so is no stranger to fitness. However, as he found out in the 24-hour period his research project lasted for, Mark Wahlberg’s regime is an entirely different kettlebell of fish.

We’re sure we’re not wrong when we say us normal folk would consider waking up for the gym at say, 4 or 5am, to be incredibly early. Mark’s routine? He’s already had two meals and fit a workout in by the time you hit snooze for the third time. As Laurie found out, Mark wakes up at 2.30 am so he can pray at 2.45 am and have his first meal of the day at 3.15 am, a routine that Laurie sticks to by the minute.

It’s also at this point that Laurie appears to take on the persona of a steaming drunk, slurring his words and finding it hard to process his thoughts, but it’s just his body telling him it really doesn’t want to be awake this early.

Finally, it’s workout time, although as Laurie notes, Mark has the luxury of having his own personal home gym, so instead, he has to drive to his nearest (and risk falling asleep at the wheel at the same time). Laurie adds that he doesn’t actually know what he should be doing for his first workout, so decides to just follow along to some workouts Mark has previously posted to his Instagram page, which include push-ups, dumbbell shoulder press, using the weighted ropes, and landmine rows. It might not the most beastly of workouts to some, but at 4 am it’s certainly going to put your body through its paces.

With natural light still non-existent, Mark’s routine calls for some golf. We’re not entirely sure how he plays in dimly-lit conditions. Maybe he has superhuman vision to go with that godlike rig of his. Laurie can’t play golf, so he surfs instead. It’s at this point, with his body managing to keep his eyes open on their own, that he starts to appreciate the early start as it’s a time when practically nobody else is awake. Silence is bliss.

After some more snacks to fuel his body, Laurie then needs to put his body through a cryotherapy recovery session – a technique and technology we’ve previously seen French footballer Kylian Mbappé use – which for him comes in the form of an ice bath. Following his ice bath, Laurie’s (and Mark’s) day is relatively cruisey until 4 pm when it’s time for workout number two. In his rest time, Mark schedules in family time, catching up on any work-related stuff and he even fits in time to be a dad by picking his kids up from school. It’s safe to say Laurie savours this downtime to recharge his body for the evening ahead.

For his second workout, Laurie focuses on his upper body, carrying out pull-ups, deadlifts, dumbbell rows and bicep curls. He admits he’s starting to feel fatigued. But he has been awake for 15 hours and thrown his usual daily routine all out of whack, so it’s hardly surprising.

7.30pm rolls around and it’s finally time for Laurie to sleep. Taking time to reflect on his Mark Wahlberg-tastic day, he questions how attainable, sustainable and effective his day was. He’s of the opinion that Mark’s 24-hour routine is very attainable, it’s just a case of putting mind over matter and forcing yourself to wake up, although he questions how the process of waking up so early will change over the course of a few weeks and months.

As for how sustainable it is, Laurie says it will probably come down to your body’s natural energy levels. He’s a relatively energetic person, and even though he definitely experienced waves and bursts of energy and periods when he just wanted to throw in the towel, he was able to physically and mentally get through the routine. His main takeaway from the 24-hour routine was just how much he was able to get done, so if you’re looking to increase your productivity, this could be the routine for you.