The Refreshing Truth About Bali’s Most Instagram-Famous Oasis 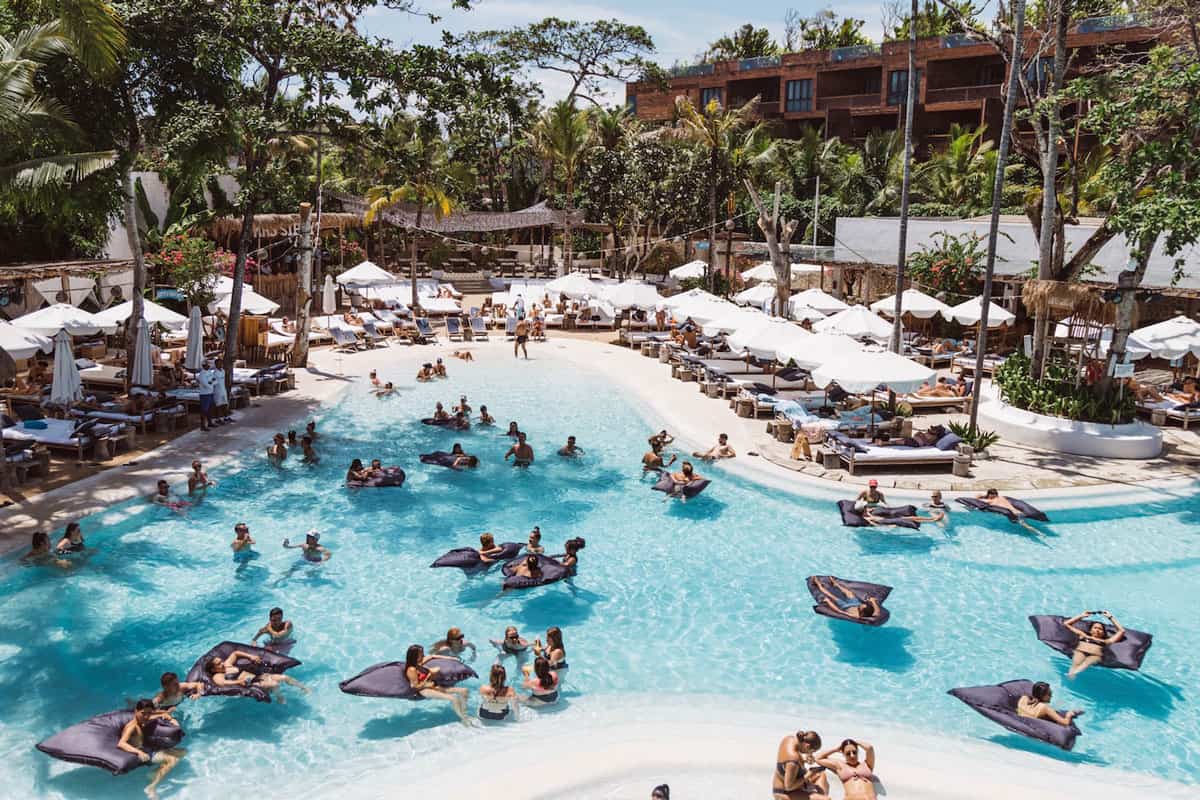 Water laps, house music trills, bikini bods sizzle and you sip Mango Daquiris by the pool. Before you even mention the 5 metre diving board (and charcoal cuisine), Mrs Sippy is already Instagram Nirvana.

A Mediterranean-inspired Oasis in the heart of Seminyak, Mrs Sippy plays host to the largest saltwater pool in Bali, is one of the island’s coolest day clubs and has inspired 18,000 Instagram posts in its honor (60,000, if you include the generic #MrsSippy as well as #MrsSippyBali).

But while many tourist institutions, over the years, have been skewered for being too haughty (see: A.A Gill’s Tour De Gall) or phoney (see Carina Chocano’s The Coast Of Utopia), Mrs Sippy doesn’t pretend to be anything other than what it is.

This was a disaster for your correspondent, who had arrived hoping to prick the bubble of the Australian dream. Looking for irritating influencers and hypocritical expats at every turn, I was disappointed to find clumps of friends from all over the world chilling on sun loungers, drinking ice cold beers (delivered in eskies), eating (premium) ‘surf n turf’, and jumping off the diving board.

As the day progressed people took to the floating beanbags and began mingling in the pool. The diving board antics also went from timid hops…

… to handstands and somersaults.

I quickly realised: this place isn’t exploiting some impossible dream. This is not Fear & Loathing in Seminyak. Much as I wanted to find the dark, superficial heart of Australia’s influencer scene, it’s not there in that way.

Of course, it’s no different to any other Australian-owned business in Bali in that it exploits the cheaper lifestyle costs of a location like Indonesia to turn a profit. But there are worse places than Mrs Sippy.

Despite a rocky start which involved legal disputes over building permits, Mrs Sippy employs local staff and, in terms of the dream they are selling, is refreshingly upfront – chill in the sun, listen to nice tunes – pretend you’re in Bondi, but without the stress.

Also, while there may have been one or two Instagram personalities there, despite their reputation, they didn’t bother anybody.

The sad thing is, while Australians may rave about Mrs Sippy to their close friends, due to the ~basic~ reputation of sipping cocktails with other tourists rather than doing a boutique grass roots guided tour around Ubud (presumably with other tourists), or getting your wallet stolen by monkeys in Uluwatu, most are sheepish to admit they went to The Land Of The Gods and got crunk by the pool.

Perhaps there’s a good reason for this. But there’s also a good reason to celebrate honesty, which is why we’d rate Mrs Sippy over anywhere that pretends to offer a true local experience to assuage your conscience, then offers you much the same inauthentic, touristy experience (see: the token spiritual ceremonies provided in most high end Bali hotels).

So while A.A. Gill wrote that Brits and Americans “From Bill Clinton to Woody Allen” would continue returning to “the worst restaurant in the world” because they felt obliged to submit themselves to an authentic, sadistic, French experience, we’d argue that Australians do the opposite in Mrs Sippy.

From Double Bay influencers to Surry Hills uni students, Australians will continue visiting Mrs Sippy, because it is so defiantly inauthentic that it is… authentic. And rather than trying to keep it a secret or a “please don’t write about it” Bistro a la L’Ami Louis, we will happily, and authentically, keep on posting and posing about it (though on our stories, not our feeds – we’re not heathens, for heaven’s sake).

That’s once reality resumes, of course. In the meantime: live vicariously.