Worth its weight in gold. 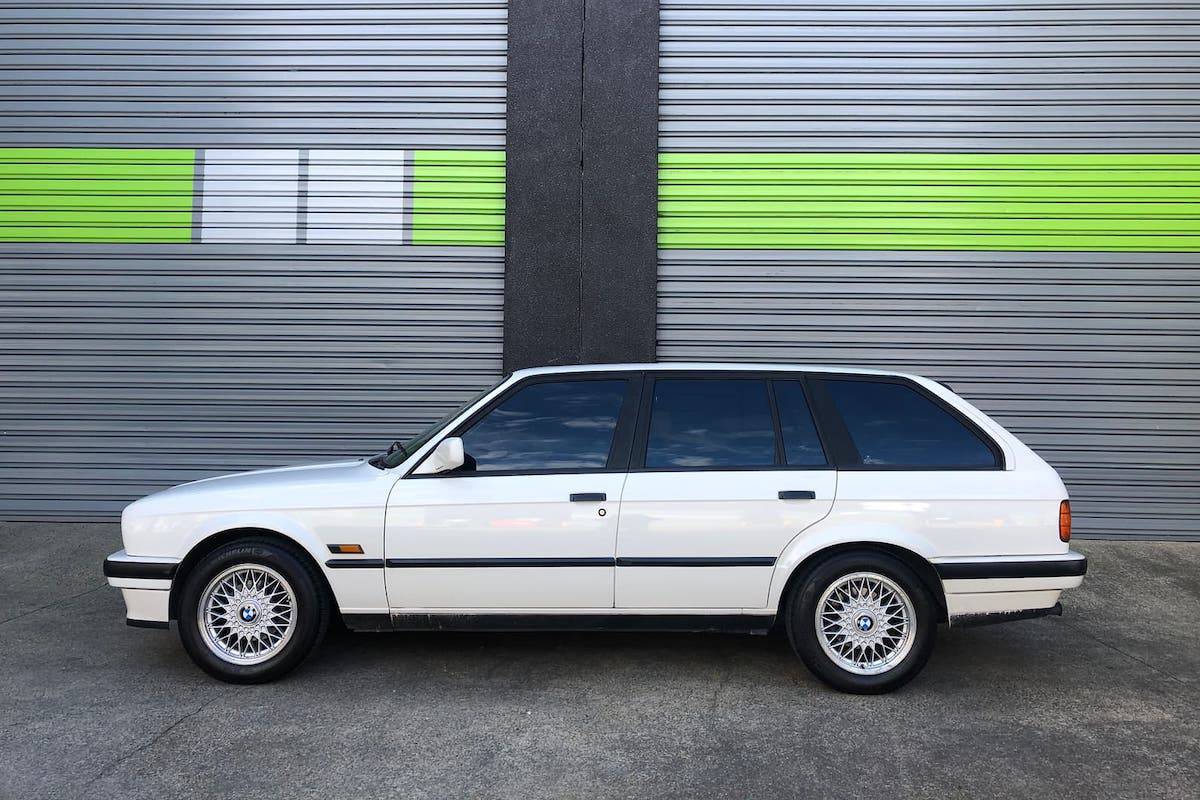 The E30 is one of the most highly regarded and desirable motoring enthusiast’s cars of all time. And this rare example might be the most desirable incarnation of the E30 available in Australia.

The second generation of BMW’s popular 3 Series, the E30 was produced for 12 years from 1982 to 1994. You could get it in a few different flavours: as a 2-door coupé or convertible, a 4-door sedan (the ‘most E30 E30‘) or the rarest option, a 5-door wagon. The E30 was also the generation of the 3 Series that introduced the M3 (a car we reckon might be the straight-up GOAT).

The wagon option, the E30 Touring, wasn’t even available in Australia, meaning the only ones kicking about are rare imports. Like this one on sale in Rosebery, near Sydney’s CBD. 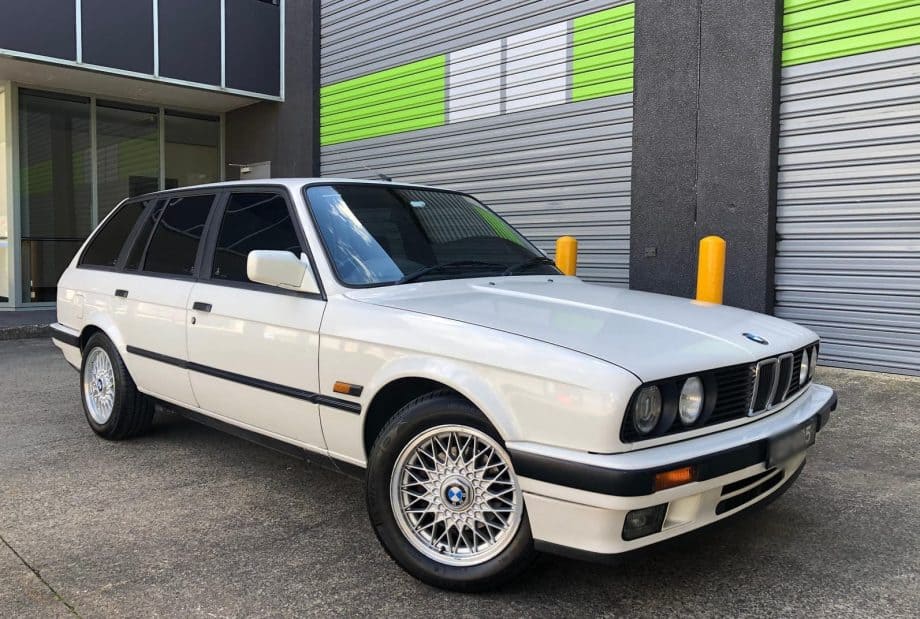 Beauty is in the eye of the beholder. And to many, this is prettier than a Porsche 911. Image: Carsales

You may ask, ‘why are you going so mad for a station wagon?’ Don’t get it twisted: this E30 might look like a boxy Volvo estate from the same era but it’s anything but. In many ways, this is the perfect E30: E30s are supposed to be the perfect car to own if you can only have one car. The practicality of the wagon body style combined with the performance credentials of the E30 family… It’s a match made in heaven.

This particular Bavarian beauty spent the first 10 years of its life in the UK until its owner brought it with him to Sydney on a job transfer. It was then sold to a well-known Sydney E30 enthusiast/BMW specialist, who extensively refurbished & upgraded to its present impeccable standard, the owner relates.

With 201,000 miles on the clock (yes, miles – it has the original British-spec odometer), this car’s definitely been well-loved. Until recently, E30s were a relatively cheap entry point into the world of performance car ownership, so most examples (particularly the 2-door variants) tend to be a bit thrashed. Prices have soared in recent years, however. 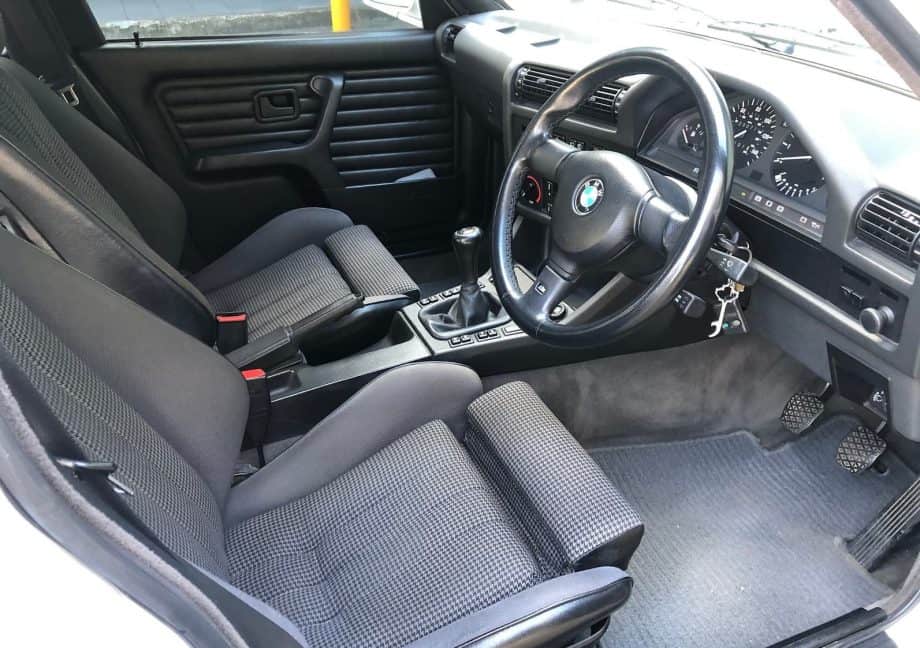 This wagon’s condition speaks for itself, with everything in A1 condition. It’s mostly original with only a few tasteful modifications, including the houndstooth seat inserts (very 80s), an aftermarket head unit, Mtech2 leather steering wheel, and an A/C upgrade to better suit Australian conditions.

Under the hood, it’s packing the biggest version of the high-revving BMW M40 SOHC inline-four good for 84kW (113hp). The M40 engine is one of the best things about the car – despite being an entry-level motor, its a linear power band and aggressive engine note make it one of the most fun engines BMW ever made.

And that’s the whole point of the E30. It’s an honest, cool, fun car to drive. Part of its appeal comes from the reversal of expectations it engenders in anyone who drives one: it looks like a normal 80s car but when you put your foot down it surprises you.

And the wagon might be the purest expression of that. The extra boot space makes it even more practical, and enhances that counter-intuitive enjoyment factor. 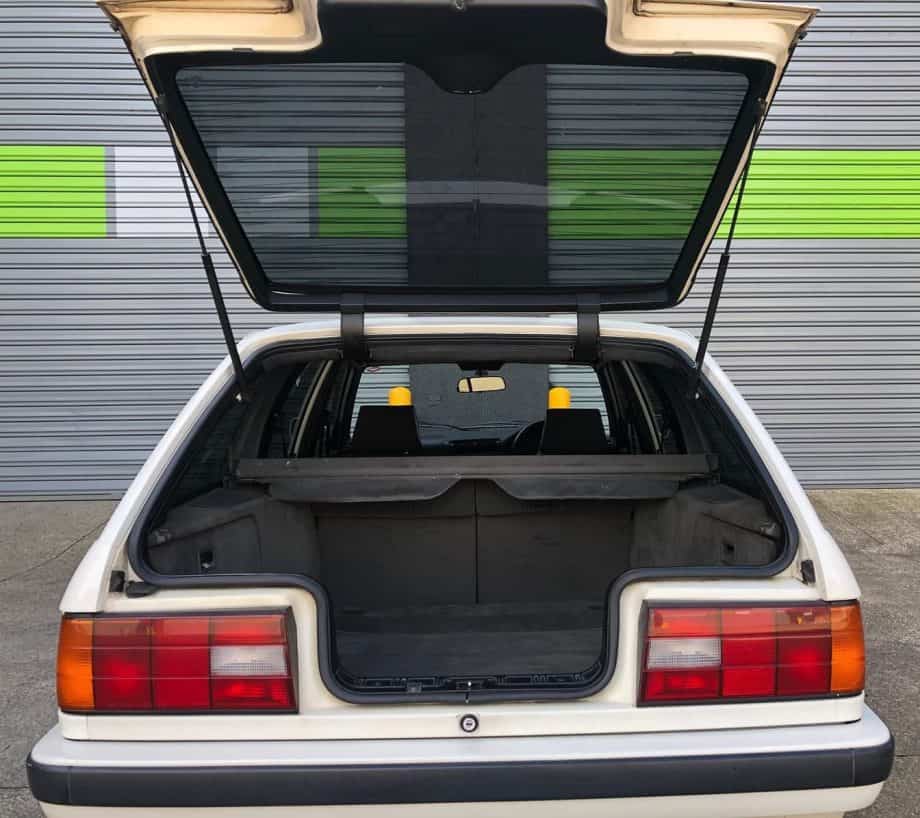 To be honest, we could spend all day writing about this car. It’s that good. What we can’t do is go out and buy it, because that would be unfair, right? To wax lyrical about how great the bloody thing is and then not give you the chance to buy it?

It’s listed on Carsales right now for $39,900. Go on, buy it before we do. We can only resist temptation for so long.