Oberhauser eat your heart out.

Saudi Arabia is known for oil, Mecca, sand and arresting journalists. In recent years, however, it has begun a campaign to attract tourists, to the point where they hired a bunch of influencers (in 2019) to come and, quite literally, whitewash their reputation.

Further adding to the sheen, the nation’s rulers have signed off on the construction of a shiny new airport, the designs of which, we’d argue, wouldn’t look out of place next to Bond villain Franz Oberhauser’s Saharan Crater Facility.

As ESCAPE reports, “Designs have been revealed for a new airport in Saudi Arabia, inspired by the optical illusion of a desert mirage.”

“The new airport will be built on Saudi Arabia’s northwestern coast, the site of a new ultra-luxury man-made holiday destination, to be named AMAALA.”

“A gateway to AMAALA, visitors will be greeted by personalised experiences from the moment they step off the plane. From design to personalisation, this will be no ordinary airport. Immersed in the spirit of AMAALA, the airport will create an environment that embodies the philosophy of the destination beyond,” AMAALA CEO Nicholas Naples told media.

“This will be a unique space that personifies luxury and marks the start of memorable experiences for the world’s most discerning guests. We are delighted to work with Foster + Partners and Egis on this project.”

The irony is, despite their country having a reputation for being ideological worlds away from Instagram, Hollywood, etc. the Saudi Arabian tourism board appears to be incredibly social media savvy.

When travel restrictions lift, visitors are set to see land art (specifically designed to be seen from the air). In addition, when entering the terminal, passengers will be met with a sleek mirrored edifice rising from the desert (the airport).

According to ESCAPE, “The structure takes its inspiration from the surrounding environment, resulting in a mesmerising mirage effect. A spacious courtyard will anchor the terminal and will be complemented by contemporary interiors complete with unique artwork and tailored experiences.”

“Among the list of amenities provided by the airport are climate-controlled hangars that will be available for private jets as well as a ground transfer service that is accessible from inside the arrival hangar,” (ESCAPE). 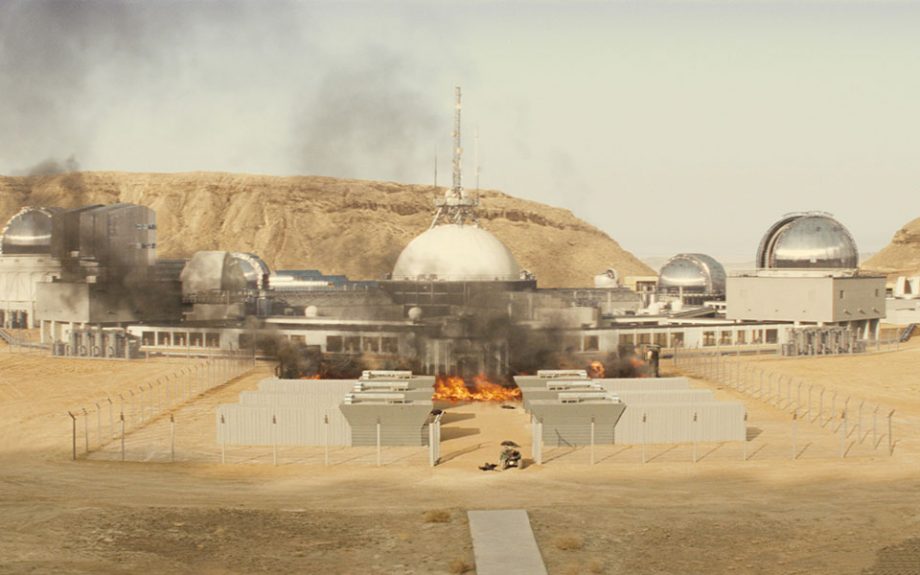 “Responding to the surrounding landscape, the terminal building will form an exclusive gateway to the AMAALA resort. The passenger experience through the entire building will be akin to a private members club – luxurious and relaxing. Focusing on the themes of art, wellbeing and sport, the design seeks to establish a new model for private terminals that provides a seamless experience from resort to aeroplane,” Foster + Partners’ senior executive partner, Gerard Evenden told media.

AMAALA construction is expected to begin in 2020, with all phases completed by 2028.

The airport is set to be compled in 2023, and is estimated to see one million travellers per year go through it once it officially opens.

Also worthy of note is that the airport’s terminal and control tower, and the airport master plan were designed by two different entities.

As Traveller reports, “The terminal and control tower design was developed by UK-based architectural and design firm Foster + Partners, while the airport master plan was overseen by international consultancy and engineering group Egis.”