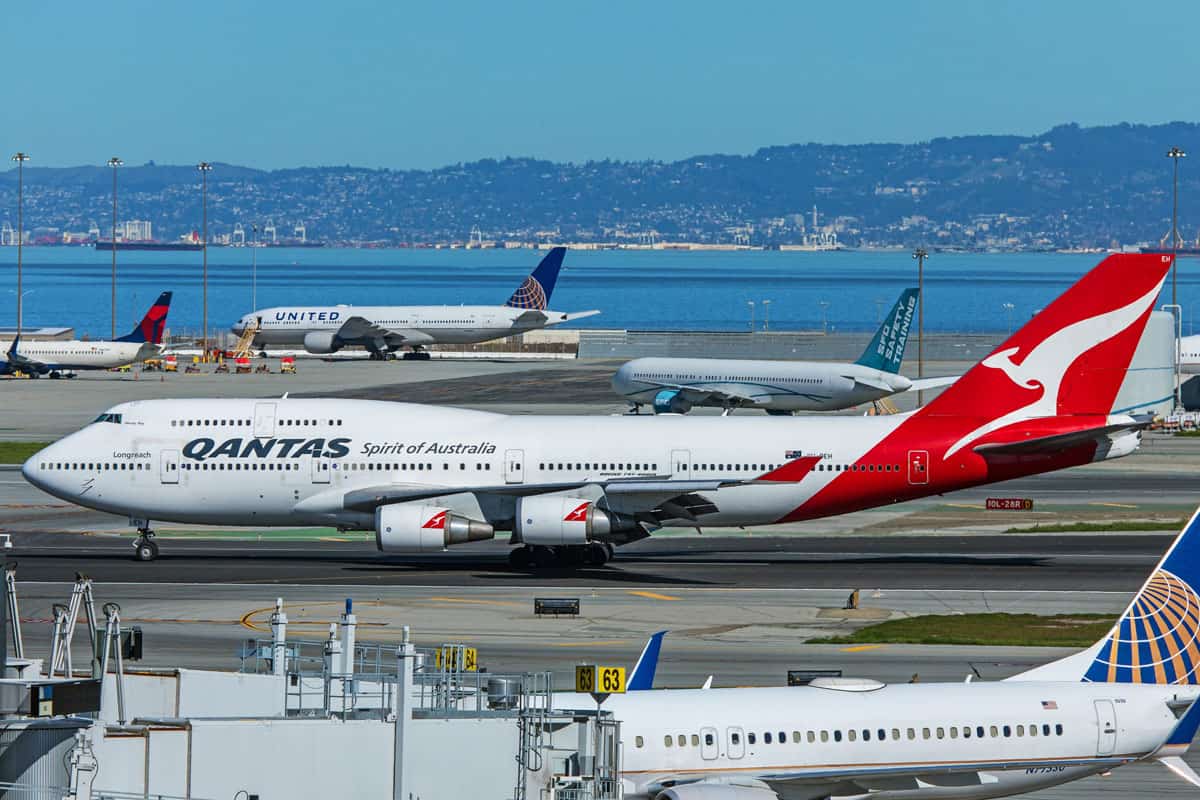 The retirement of Qantas’ Boeing 747 fleet sparked more public sympathy than any politician of the last 20 years’. It has been heralded for months with Qantas earlier in July announcing a program of events which would give Australians the chance to farewell its last remaining humpbacks.

Qantas intended to retire its iconic “Queen of the Skies” fleet throughout the back end of 2020, but the date was brought forward as The Pandemic knee-capped international travel.

After operating three one-hour “farewell jumbo joy flights” departing from Sydney, Canberra and Brisbane, in response to requests from employees and customers for one final chance to fly on the 747, over this past month, Qantas’ last 747 today took off for the last time.

Flight 7474 pranced off the tarmac at Sydney Airport at 3.30pm, arcs of water spouting in the background, to the applause of onlookers. It then began a journey that will take it to a boneyard in California’s Mojave desert.

Though Qantas released a detailed presser this morning, they left one final surprise for last, which few Australians realised until after the jet had gone (and they once again buried their heads in Twitter).

The plane’s flight path, tracked online by the likes of Plane Finder, was in the shape of the Qantas’ famous kangaroo icon.

Qantas waited until almost 8pm this evening (on Wednesday the 22nd of July) to announce this afternoon’s ‘secret’ message.

It’s not the only surprise of the day, either. As The Guardian reported this morning, “[t]here is a place on a Boeing 747 that you’ve probably never seen.”

“At the back of the giant plane there is a panel that opens up to an incredibly narrow set of stairs. Squeeze your way up these and you come to a small cavity where eight slender beds are wedged in Jenga-style configuration, with curtains for privacy.”

“You have to ask yourself how anyone could sleep up here without having a panic attack. But the crew of a 747 has to do just that – or at least used to,” The Guardian added, bringing yet another piece of aviation history to the public domain for one last time, after being invited on board for one final look.

Qantas took delivery of its first 747 (a -200 series) in August 1971, the same year that William McMahon became Prime Minister, the first McDonalds opened in Australia and Eagle Rock by Daddy Cool topped the music charts. Its arrival – and its economics – made international travel possible for millions of people for the first time.

Qantas 747s were at the forefront of a number of important milestones for the airline, including the first Business Class cabin of any airline in the world. Their size, range and incredible reliability meant they were used for numerous rescue missions: flying a record 674 passengers out of Darwin in the aftermath of Cyclone Tracy; evacuating Australians out of Cairo during political unrest in 2011 and flying medical supplies in and tourists home from the Maldives and Sri Lanka following the Boxing Day Tsunami in December 2004.

The last rescue missions the 747 flew for Qantas were to bring hundreds of stranded Australians home from Wuhan in February this year.

Qantas Group CEO Alan Joyce said the 747 changed the face of Australian aviation and ushered in a new era of lower fares and non-stop flights.

“This aircraft was well ahead of its time and extremely capable. Engineers and cabin crew loved working on them and pilots loved flying them. So did passengers. They have carved out a very special place in aviation history and I know they’ll be greatly missed by a lot of people, including me.”

“Time has overtaken the 747 and we now have a much more fuel efficient aircraft with even better range in our fleet, such as the 787 Dreamliner that we use on Perth-London and hopefully before too long, the Airbus A350 for our Project Sunrise flights non-stop to New York and London,” added Mr Joyce.

Qantas’s first female Captain, Sharelle Quinn, will be in command of the final flight and said the aircraft has a very special place in the hearts of not just Qantas staff, but aviation enthusiasts and travellers alike.

“I have flown this aircraft for 36 years and it has been an absolute privilege”, Captain Quinn said.

“From the Pope to pop stars, our 747’s have carried over 250 million people safely to their destinations. Over the decades, it’s also swooped in on a number of occasions to save Aussies stranded far from home.”

Captain Quinn added, “It has been a wonderful part of our history, a truly ground breaking aircraft and while we are sad to see our last one go, it’s time to hand over to the next generation of aircraft that are a lot more efficient.”

Captain Quinn and crew will fly the 747 to Los Angeles with a full cargo hold of freight before its final sector to the Mojave.