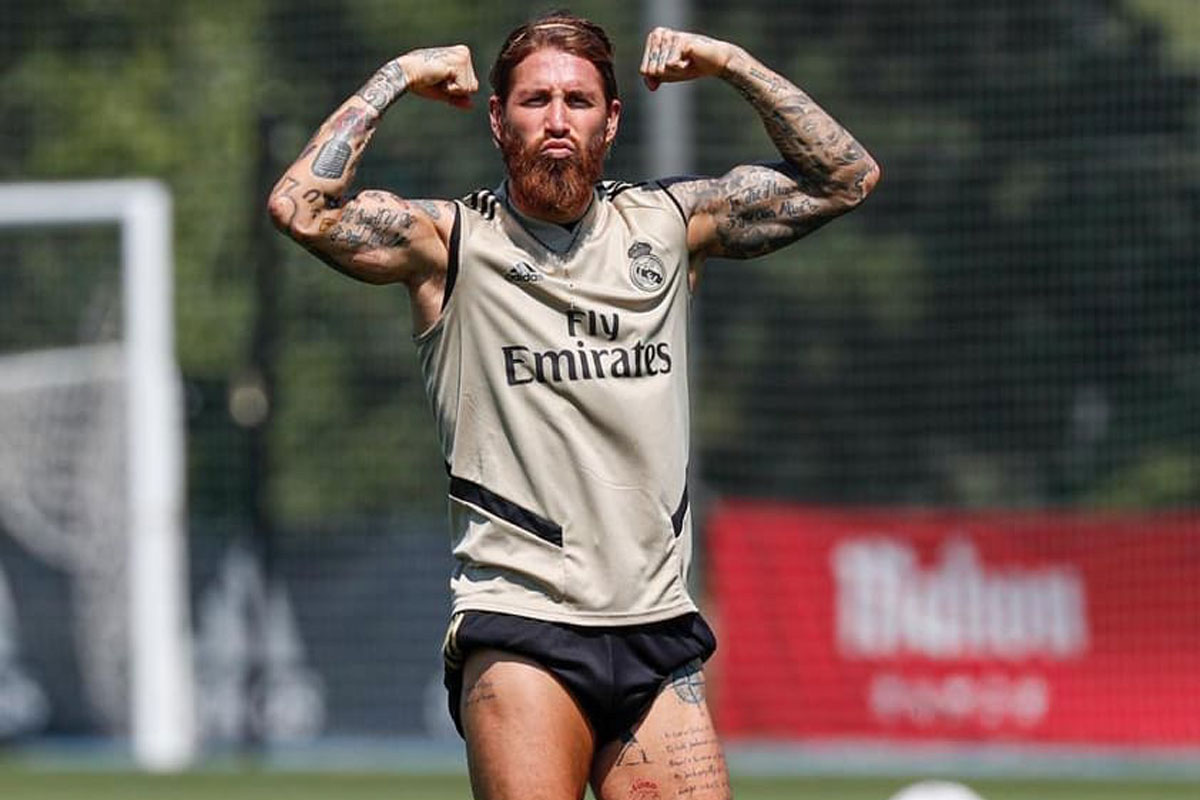 Pro footballers are athletes par excellence. You need otherworldly levels of speed, dexterity and strength to be able to play in one of the most competitive sports in the world.

Real Madrid’s captain Sergio Ramos is no exception: the 34-year-old Spaniard’s extreme athleticism and strong, vocal leadership has helped him lead his team to consistent success since his tenure, and Ramos is widely considered one of if not the best captain (as well as somewhat loose unit) in football today.

Another sport that perhaps counterintuitively requires similarly demanding levels of physical performance is Formula 1. It might be their cars that are doing the ‘legwork’, so to speak, but F1 drivers also need to be incredibly fit. Driving an open-cockpit car at average speeds of over 200km/h, pulling up to 6g’s in corners with a need for constant needle-sharp focus places huge stresses on the human body: you need to be in peak physical condition in order to drive these insane machines.

Ramos’ latest workout suggests that he’s taken some inspiration from the training F1 drivers do, debuting a bizarre-looking head exercise that’s not as strange as it appears to be, whilst captioning it, “This is the reason why… WORK!” apparently in reference to Madrid sitting pretty at the top of the table, one point clear of Barcelona (and with a game in hand).

Head / neck exercises like this are crucial for F1 drivers to help build up muscle strength. When you’re spending up to two hours pulling g’s on dozens of corners every lap, you need to have a strong neck.

It’s also useful for footballers looking to improve their header game. Ramos’ game-making headed goal in the 93rd minute of Real Madrid’s 2014 Champions League final match against Atlético Madrid is the stuff of legends – clearly, he wants to repeat the same magic again in 2020.

Real Madrid currently sits comfortably on top of the La Liga table with only four matches left in the 2019-2020 season. Ramos himself scored the winning goal in their 1-0 game against Athletic Bilbao last Sunday. With the Champions League Round of 16 on the horizon, Ramos is sure to want to stay in tip-top shape.

Australian F1 champ Daniel Ricciardo’s also a fan of the old neck stretch, posting a photo of him doing a similar workout to Ramos. Ricciardo’s been the talk of the F1 town recently, having announced he’s moving from Renault to McLaren next year.

Hopefully, both Ramos and Ricciardo’s dedication to training pays off for both of them.