“Like a Ferrari but more practical and more unique.” 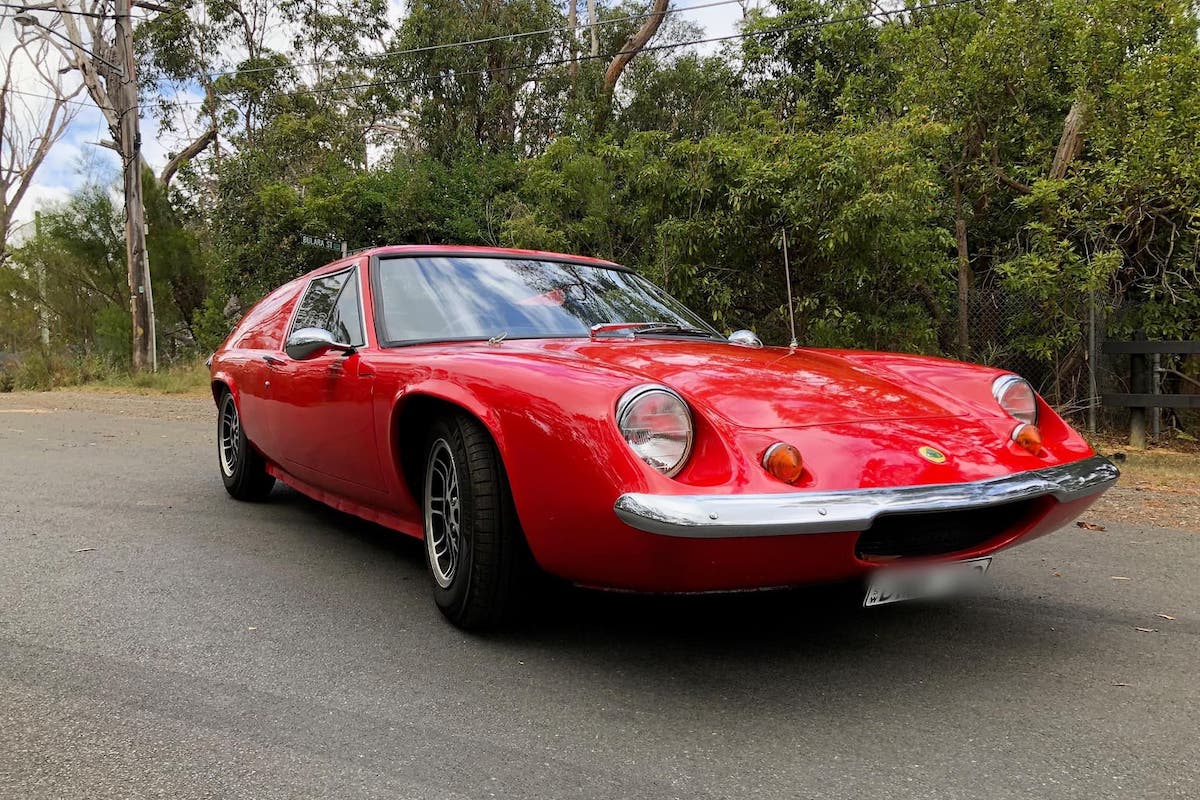 Lotus is one of the most criminally underrated performance car brands.

The British marque has struggled in the 21st century, flitting between owners and irregularly releasing new models (most of their current models, barring the 3-Eleven, are at least a decade old at this point).

Lotus, now owned by Chinese car giant Geely, spends most of its time these days helping fettle other marques’ automobiles – Lotus has always been a respected engineering consultant as well as manufacturer, but fans really want to see Lotus return to focusing on their own cars.

Many ask whether we’ve seen the best of Lotus. Will they ever return to being a serious contender in the performance car world? Or are they slowly on the way out?

The beauty of cars is that they’re like time machines. Stepping into a vintage car is the easiest way to go back in time and experience all the aesthetic of times gone past: they’re a practical exercise in anthropology (that you can also go fast and do skids in).

For those missing the glory days of Lotus Cars or anyone looking for a particularly unique vintage car, this 1968 Lotus Europa S2 Manual on NSW’s Northern Beaches is looking for a new home. This ‘ugly cool’ car might not be the first thing you think of when you think Lotus, but it’s definitely worthy of your attention. 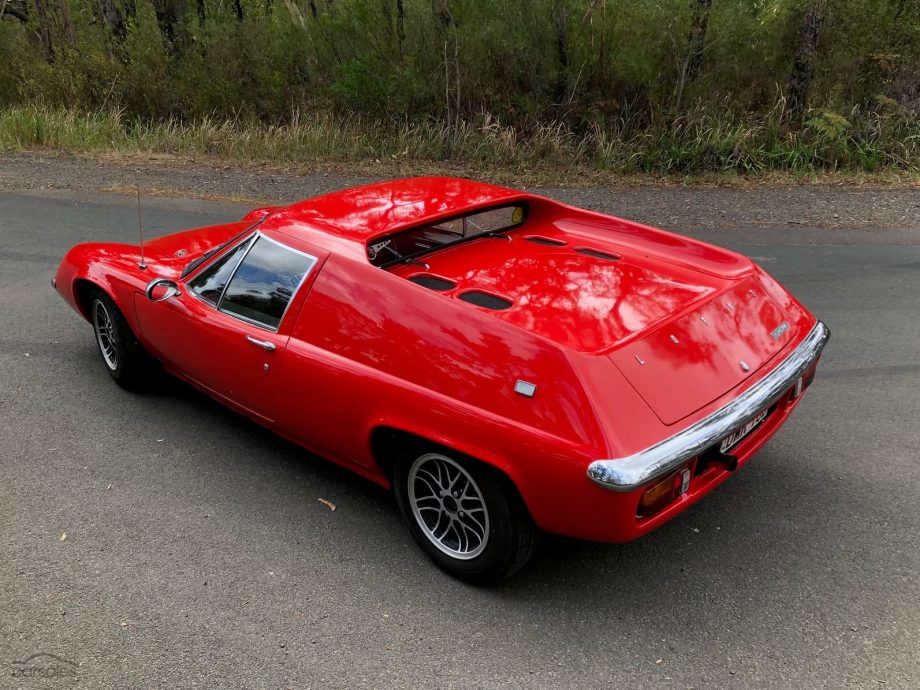 The Europa’s most defining trait is how it looks like a normal sports car from the front but almost like the world’s smallest panel van from the back. It’s almost shooting-brake-esque in nature. The unique rear is a result of the Europa’s innovative mid-engine design.

Lotus has always been known for utilising the mid-engine layout in its cars, popularising the configuration in America’s IndyCars series in the 60s. The Europa was the first widely-available mid-engined sports car – Lotus envisioned the Europa from the get-go to be an affordable two-seater sports coupe that would allow more drivers to experience the unique dynamic of a mid-engined car.

The high sills of the rear conceal the engine bay (behind the passengers’ heads) as well as a surprisingly large boot. The Europa is not a big car – it weighs less than 700kg and has a 2.3m long wheelbase. Yet its design allows it to fit a surprisingly large amount of cargo whilst providing ample power from a small 1.5L inline four.

It actually looks pretty cool – especially with those heat vents on top of the engine cover. The tapering sills perpendicular to the small rear window is another distinctive feature, which has since been widely replicated by other mid-engined sports cars, such as the Fiat X1/9 of the 70s or the Pontiac Fiero of the 80s. 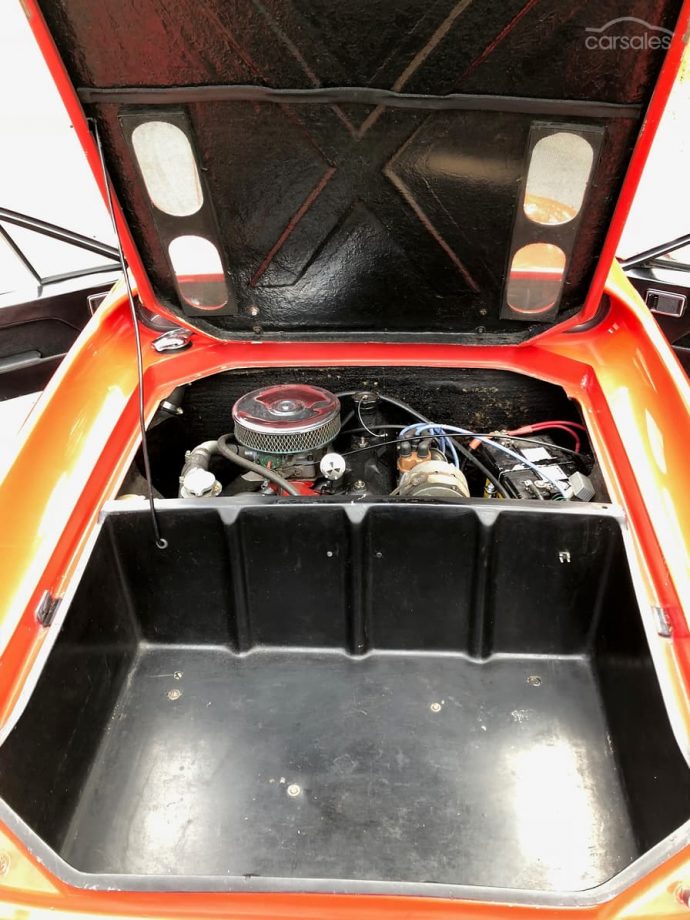 The boot opens up to reveal the engine bay, too. Image: Carsales

This example’s in impeccable condition, with only 71,000km on the clock to boot. The owner’s also invested a significant amount of time and money into the British beauty…

“Over the last 15 months, $20k worth of major work has been carried out (receipts available), including transaxle/gearbox rebuild, engine rebuild, fuel tank overhaul, sway bar replacement (completed during my ownership) and major electrical work (previous owner). The car sounds and runs beautifully, turning heads where ever it goes.”

Frankly, from the outside, the car looks brand new. There’s some wear and tear on the inside – noticeably in the passenger’s footwell – but what more could you ask for from a car that’s over 50 years old? 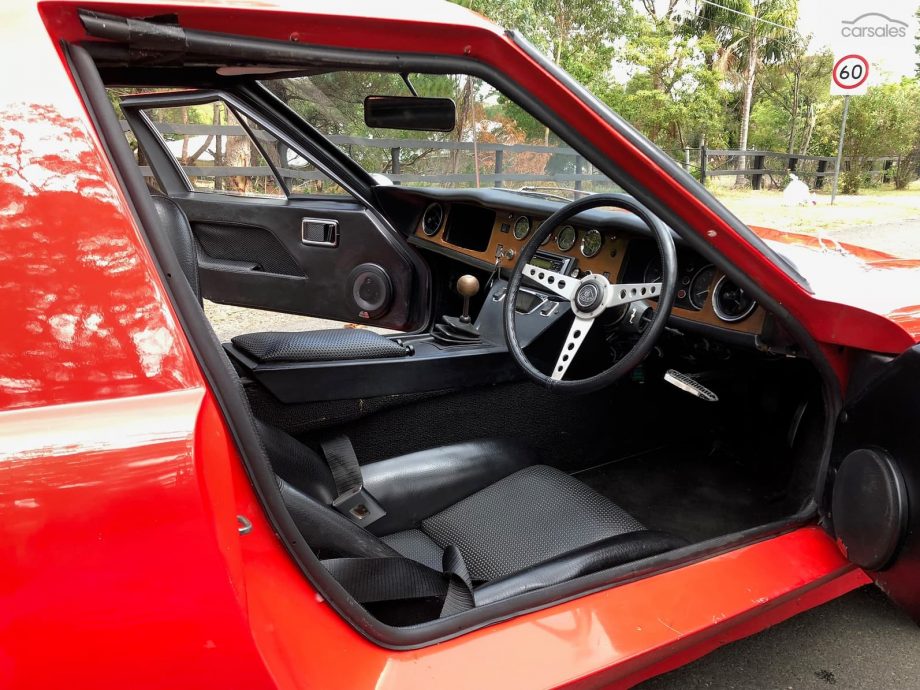 With the doors open, you get a better sense of scale – it’s really quite a small little motor. Image: Carsales

It’s like a Ferrari but more practical and more unique. (It’s probably about as reliable as an old Ferrari, too – but that’s neither here nor there.) And for only $27,500, it’s a bargain, considering you’d be hard-pressed to find another mid-engined sports car of a similar vintage here in Australia.

The Europa is a relic of a time when Lotus was a big name: making world-leading performance vehicles and leading the industry with technical innovations. Modern Lotus is still an impressive marque, but the glory of days gone past shines brighter than its modern-day successes. But that’s the beauty of old cars: they can transport you back in time.

Lotus isn’t all just Elans or Elises (or questionable ‘tuned by Lotus’ badges on Vauxhalls or Protons). The Europa is a landmark in automotive history and one of the most unconventionally attractive vintage cars of all time. It’s definitely worthy of your consideration.

Head to Carsales to have a gander.