Liverpool FC centre-back and Netherlands national football team captain Virgil van Dijk is one of the most confident, skilled defenders in modern football – and his recent horological flex is emblematic of his confident style.

“He [has] an aura about him, a confidence, because I think he [knows] he [is] good,” former Celtic teammate Kris Commons has said of van Dijk.

This self-assuredness, no doubt, was an essential part of Liverpool’s unbridled success in the 2019-2020 English Premier League, which after their 5-3 win over Chelsea today at their home ground of Anfield – Liverpool’s last home game of the season, which they clinched back in June – saw Liverpool lift the trophy in style. 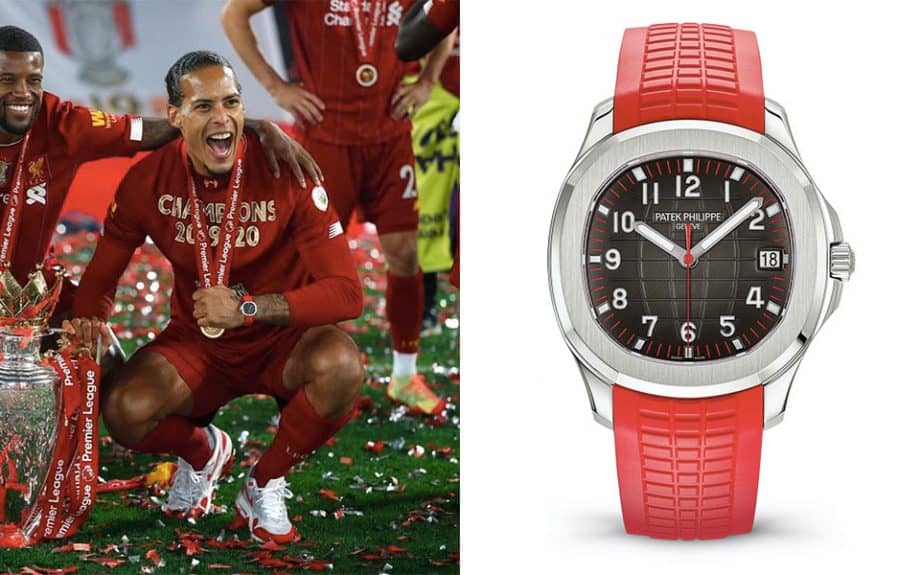 As the name suggests, this rare Aquanaut (ref. 5167-012A) is one of only 500 examples, first released during last year’s Patek Philippe Watch Art Grand Exhibition in Singapore. Patek Philippe’s exhibitions are the stuff of legend: a buffet of horological delights unlike anything else in the world.

This Aquanaut was one of six different limited edition models designed for the event, and was originally only available in Singapore and South East Asia. Naturally, they were snapped up quick-smart, so van Dijk must have been pretty savvy (or dropped a bit of coin) in order to pick this bad boy up.

In any case, it’s a highly appropriate choice of timepiece, its red colour scheme matching perfectly with Liverpool’s vermillion home kit. Since its debut in 1997, the Aquanaut has quickly established itself as one of the most desirable sports watches on the market, and a favourite of Patek collectors.

It’s a classy watch for a classy footballer, and we can’t think of a better present to give oneself on the occasion of becoming a Premier League Champion.