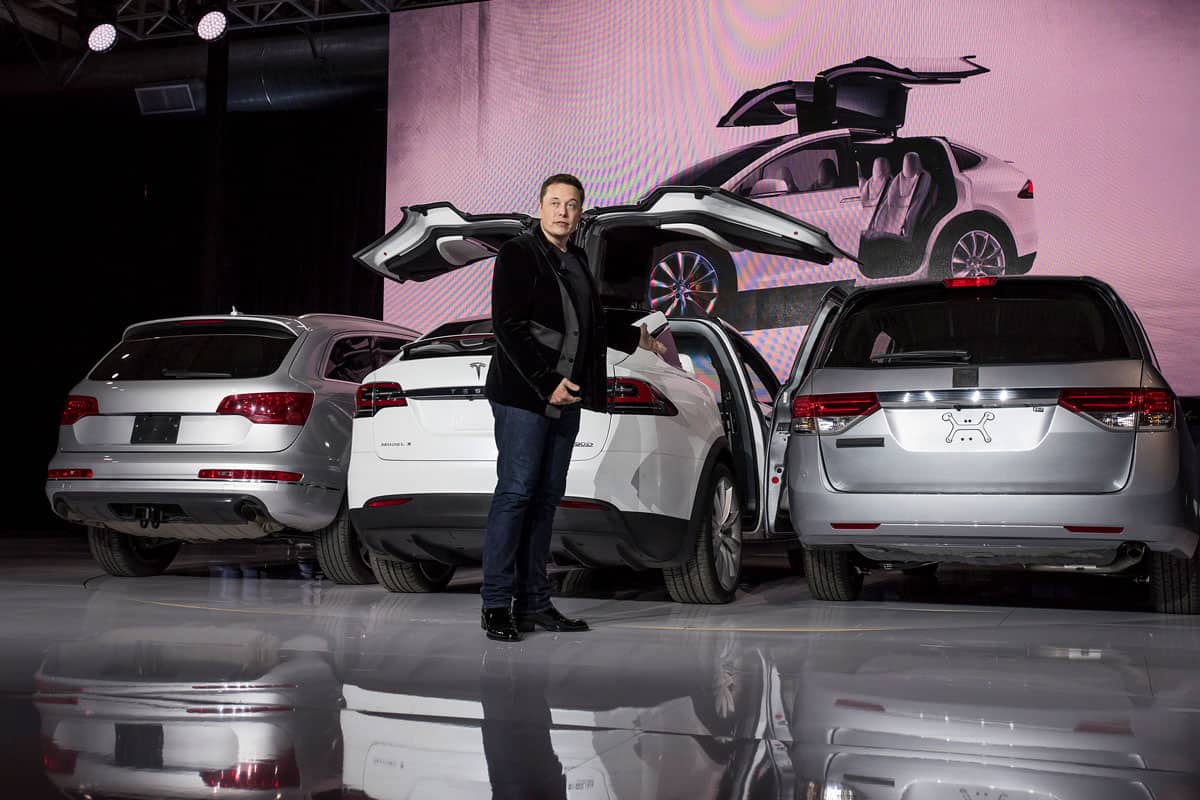 As the economy collapsed at the start of 2020, experts feared the worst. Stocks were meant to go off a cliff and we were supposed to be plunged into a wasteland of beans and rice.

Prosecco parties aside, they did and we were. But while the health impacts of The Pandemic are set to drag on for years, the stock market has rallied miraculously quickly.

The upshot? Even though it will take a while for the ~real~ economy to get back to the size it was in 2019, the market has already gone bullish once again. Though some call this unjustified fizz, the government backing of MAGA stocks (and the investor confidence we’ve seen so far) has led others to say the market may survive this thing better than first thought.

Speaking of uncertainty, Tesla just became the most valuable car company in the world.

As Forbes reported on Monday, “Tesla stock is [now] worth more than triple the combined value of US automakers General Motors (GM GM +0.6%) and Ford (F).”

Alongside this, Tesla co-founder Elon Musk was on Tuesday catapulted, briefly, to ‘fifth richest man in the world’ status.

So, is this all hype, or is there real worth behind Tesla’s meteoric rise?

“We look at valuations.”

“Tesla [is] running at something like 230 times the price to earnings ratio; the price of Tesla is 230 times what it earns on a per-share basis.”

In other words, though there is some value beneath, Tesla’s stock is a bubble.

Whelan also told DMARGE, though Tesla makes “beautiful cars” it will face stiff competition from the likes of VW, the biggest European carmaker in the world, and other companies, which just need to “flick a few switches” before being able to able to produce electric vehicles “much more efficiently, much cheaper and in greater numbers than Tesla.”

The above factors, combined with the “fanboi” culture around Tesla and Elon Musk’s eccentric personality, deter Whelan from investing in Tesla.

“It’s trading at such a ludicrous ratio… why would you do it?”

A safer option, for those who have already made money from Tesla, is to now invest in more stable stocks. “Smart money,” Whelan tells us, “would… buy copper or lithium. That way you don’t have to choose between Tesla, VW, Porsche or Toyota.”

“They’re all going to go to electronic vehicles, so I’d just buy lithium; it’s used in the batteries, or copper which is used in [practically] every part of the electronic vehicle. Then I don’t really care who wins this fight, I know that if they both win, I’ll win.”

“Even if they both lose I’ll still probably win.”

“I don’t want to have to worry about Elon Musk’s dodgy 4 am tweets, I’d rather just own a commodity that’s going to benefit from an electronic revolution, isn’t that easier?”

Dude…I just lost $10k because of this tweet. Wtf is wrong with u

Another factor at play, hiking up the bubble, Forbes suggests, is short squeezing. This happens when investors short Tesla, only for their bet not to pay off (and for them to be forced to buy Tesla shares and return them to their broker).

As Forbes reports, “The higher stock price wipes out even more short sellers, which in turn drives the stock price even higher. This repeats again and again, sending the stock price to bananas levels. And this vicious cycle is what we call a ‘short squeeze.'”

“The dollar value of all shorted Tesla shares is close to hitting $20 billion. No US stock in history has ever been that shorted.”

“For perspective, Apple AAPL +0.3%, the second-most shorted stock in America, has 13 billion dollars’ worth of its shares shorted. But… the company is 14 times bigger than Tesla.”

“The sheer magnitude of short sellers put Tesla at risk of being caught in a short squeeze of historic proportions,” (Forbes).

There is some value beneath the bubble though. As Mathew Cassidy, Managing Director at Partners Wealth Group, told DMARGE, some of Tesla’s stock price’s recent rise can be attributed to Tesla’s evolution as a company: “Tesla started as trying to establish a brand,” Cassidy told DMARGE.

“Now they’re actually starting to become a lot more commercial – as soon as a business goes from development to commercialisation the revenue starts to flow and that’s when they really start to perform.”

He also said another factor to consider when weighing up whether to invest in a company, or a first mover, is how open they are to innovation: “Netflix approached Blockbuster about 10 years ago and blockbuster denied [them].”

Amazing, Volks Wagon head of Marketing, credits Elon and says “without Tesla we would be so BOLD.”. VW has committed $30B euro to put >1 million electric cars /year by 2025. We are heading towards a “Kodak Moment” with the demise of Internal Combustion car.

Kodac, Blockbuster, Motorola and Nokia were all great businesses that failed to reinvent themselves. The question for modern investors, then, is whether Tesla will remain at the leading edge or whether other companies will come in and do what they’ve been doing in a smarter way.

As Whelan told DMARGE, there’s plenty of motivation for companies to catch up to Telsa: “VW, their entire motivation is going to now be about EV because of what’s going on in China. They’re late to the party, but you’ve got amazingly productive and amazingly efficient workshops all around the world for all these car makers.”

“That’s the competition Tesla has in front of them, and quite frankly I just don’t like to be a part of very bubbly stocks because when the rug gets pulled out it gets pulled out really hard.”

On that note, Cassidy said, “You’ve got to understand where your risk is coming from,” noting that generally, after historical moments of crisis (for instance the GFC, and September 11) when stocks start getting expensive and “when you start getting tips from the taxi driver… because a lot of momentum is going on, it’s probably a good time to start selling them.”