Not your average Scandi wagon. 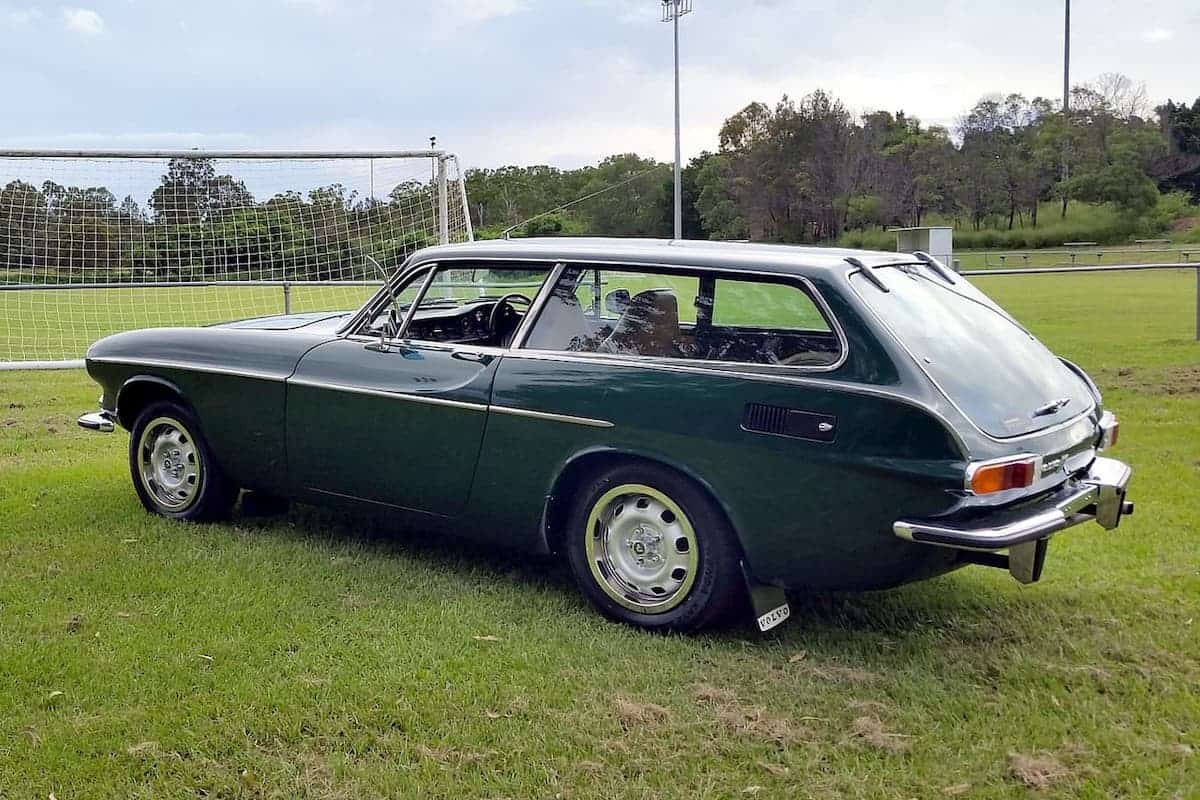 If someone told you they had a 70s Volvo wagon for sale, you’d be pretty safe in assuming they’d be talking about a 245. The quintessential Volvo, the 245 is boxy, safe and oddball – a great car, but nothing you’d write home about. Some might call it frumpy. A geriatric’s car.

But there’s nothing frumpy about this fabulous 1972 Volvo P1800ES Manual listed on Carsales in Slacks Creek, Queensland.

This rare and immaculately restored shooting brake, painted in a delightful British racing green (the objectively best car colour, by the way) would make any grandpa smile. 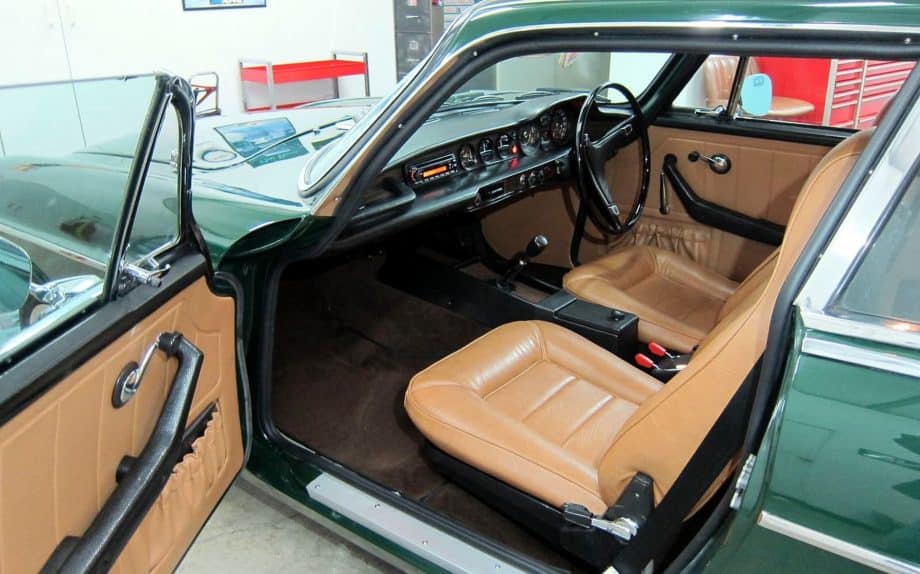 The interior is very reminiscent of the classic Porsche 911 – that is to say, superb. Image: realestate.com.au

Manufactured between 1961 and 1973, the P1800 is a 2+2, front-engine, rear-drive touring car of which most examples were coupes and a minority were made as wagons. A coupe version of the P1800 was famously the car of choice for future James Bond actor Roger Moore in the hit 60s television series The Saint.

Only around 8,000 examples of the P1800ES were built, and it’s arguably the finest incarnation of the model. The ‘E’ in the name stands for Einspritzung, the German word for fuel injection, and the ‘S’ for Sverige – Swedish for Sweden.

For the first few years of the P1800’s lifespan, it was actually made in England by Jensen – makers of the superb Jensen Interceptor V8 GT car. Eventually, once the P1800 had proved itself as a sales success, Volvo moved manufacturing back home to Gothenburg, Sweden.

The Swedish models have slightly more horsepower and more refined construction than the English-made models, and the shooting brake is rarer than the coupe – so this P1800ES is a very special Volvo indeed. 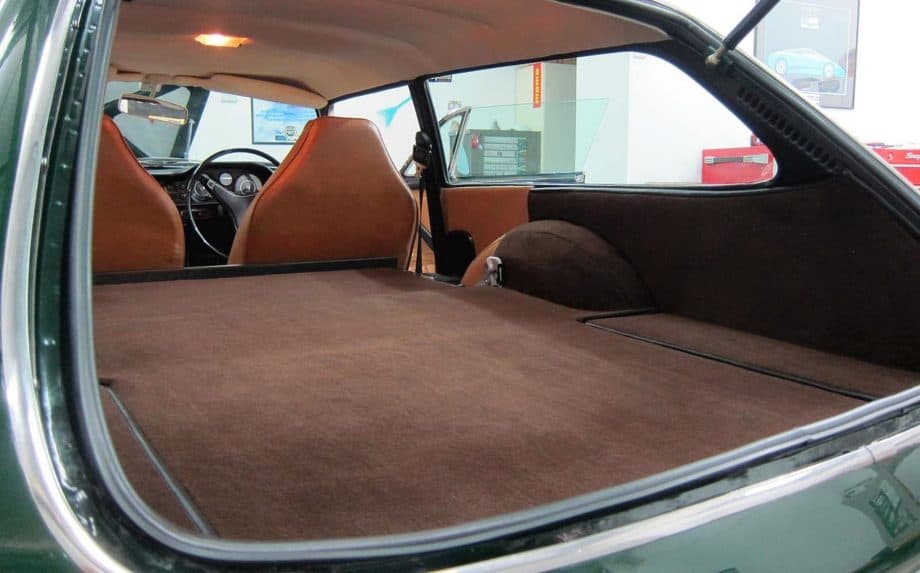 Lovingly restored by Alex Minassian Car Audio and Restoration in Brisbane, this car is so perfect; so clean you could eat a full dish of Swedish meatballs and lingonberry sauce straight off the engine manifold.

Volvo have always been innovators when it comes to vehicle technology and this P1800ES is no exception: few 70s-era cars feature fuel injection, and this Volvo also has four-wheel disc brakes, and a four-speed manual transmission with electric overdrive.

The body was actually styled by Pietro Frua (or rather his student, Pelle Petterson) – one of Italy’s finest car designers and head of design at famous coachbuilder Carrozzeria Ghia. The Italian flair is obvious in the P1800’s design. Its most noticeable feature, the huge hatch formed from a single piece of glass, remains particularly unique even today. Unlike an Italian car from the 70s, however, this Volvo isn’t likely to fall apart at the drop of a hat. Volvos have always been incredibly reliable.

With its original Volvo mudflaps and rims, this P1800ES is one sporty wagon. It’s no performance legend, only making around 93kW from its B20 inline-four engine, but with a relatively light kerb weight of only 1,175kg, it’s lighter (and more powerful) than a modern Ford Fiesta. 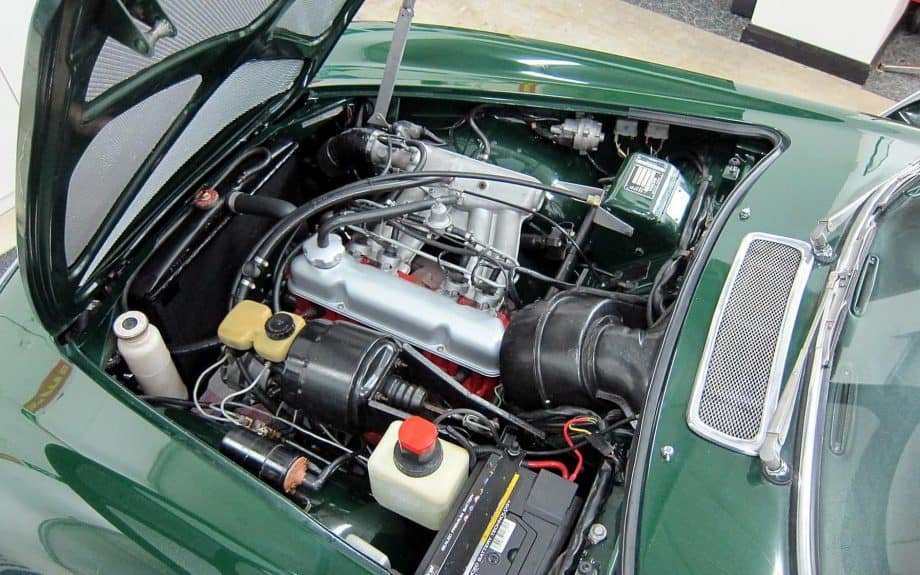 Tidier than the sitting room in your grandparent’s house. Image: realestate.com.au

In any case, the point of owning a classic car is not to beat people in the performance stakes. Would your pops be challenging WRXs at traffic lights to impromptu drag races? No, of course not. The kind of classy older gent who owns a car like a P1800ES would be too busy twirling his mustache and engaging in witty repartee with a driving companion to engage in such juvenile endeavours.

No, you’d buy this P1800ES because you know a good thing when you see it. You enjoy the finer things in life. You’ll tell people at the pub ‘oh, I just drive a Volvo’, because you’re not a show-off. But when push comes to shove, you’d have the finest car in the parking lot.

Listed for $65,000, this Volvo might just be the coolest car on sale in Australia right now. And don’t you want to be the cool granddad?