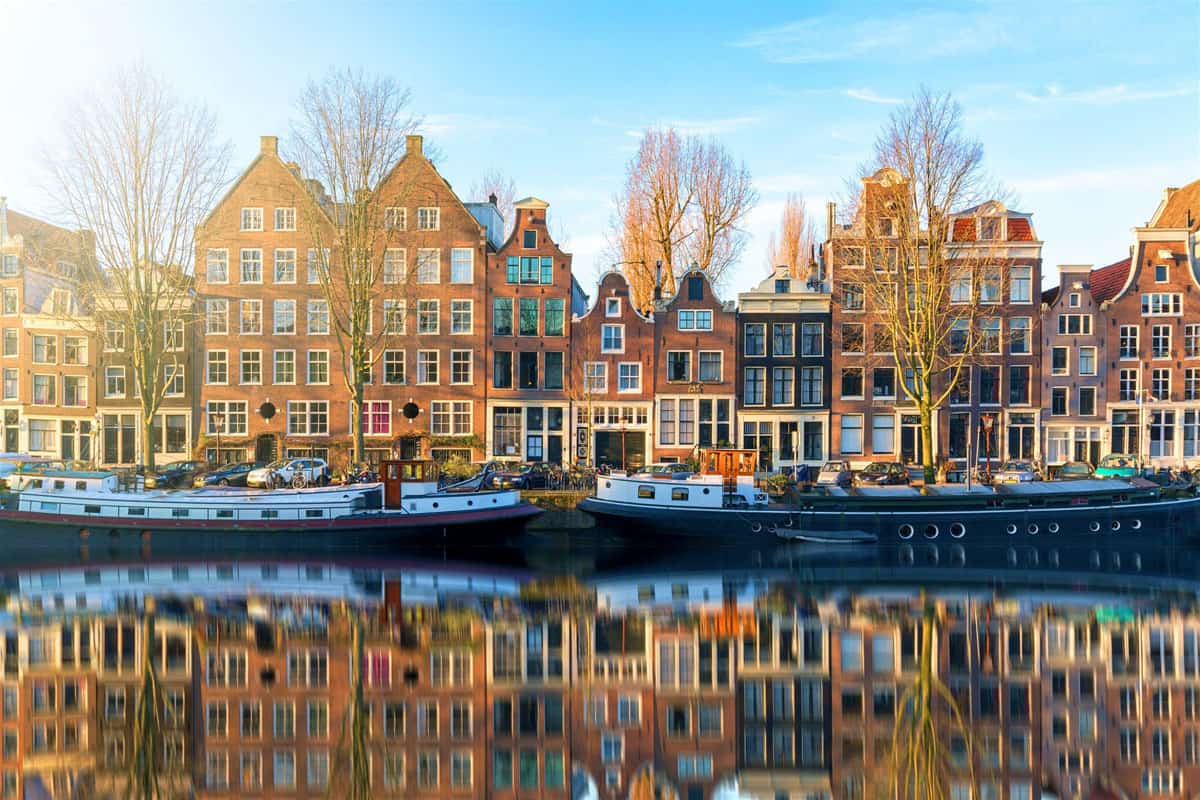 Amsterdam is somewhat symbolic of Europe. Anti prude, pro personal freedoms. It’s where many get their first taste of all sorts. But it’s also somewhere local residents have to live, and much like The European Project, if authorities aren’t careful, it’s in danger of falling into disrepair.

The events of 2020 have placed this deterioration into even sharper perspective than usual. The dearth of tourists has led to much discussion around ways Amsterdam can improve coming out of this time (ideas floated range from removing the city’s spiciest attraction to introducing sexy hotels).

But stopping tourists from spoiling locals peace and quiet (and figuring out how to do that without reducing tourism revenue) may have to take a back seat for now. Amsterdam has a more pressing problem: it’s sinking.

As CNN Travel reports, “Cracks and sinkholes are appearing alongside the waterways of Amsterdam.”

“Bicycles are tumbling into the swirling water as the canalsides vanish beneath their wheels. Quay walls are collapsing against houseboats. Bridges are in trouble.”

The Dutch capital is in danger, and only a massive makeover can save it.

Unless the Amsterdam authorities can stump up millions of dollars and carry out delicate repairs, some of the medieval infrastructure that makes Amsterdam such a sought after destination could be lost.

Of course, it has always been known Amsterdam’s buildings, like Venice’s, live on borrowed time. But after years of putting repairs off, it now appears authorities will be forced to spring into action.

The reason we’ve seen such a delay is partially due to their tricky, expensive nature (divers have, in some cases, refused to carry out inspections due to fear of imminent collapse) and partially due to political challenges.

Sharon Dijksma, an official with oversight of traffic and transport told CNN Travel, “The management of the quay walls and bridges … was not given the political priority it deserves and it is not a sexy topic.”

“Restoring the maintenance of the structures to a new level is a complex, large and urgent task.”

Amsterdam was originally built, between the 12th and 16th centuries, on wooden piles holding the city’s buildings up out of the swamp.

Canals were dug into that same soft soil, and walls were built. Not only is it inevitable that these structures – many of which are now more than 500 years old – will need check-ups and repairs, but it’s also worth noting much of the city’s infrastructure was made with horse and carriage in mind, not huge trucks.

Albert Jongsma, project manager of quay walls and bridges for Amsterdam told CNN Travel, “The city was once built for horse and carriage, but now huge trucks are driving over the same quays and bridges.”

“We need to change this to prevent damage in the future. This means we have to take a look at the city logistics and improve it by, for example, creating hubs on the outskirts of the city, from where goods are brought into the city with lighter and cleaner transport.”

Even once all these improvements are made, Jongsma says we should expect to see Amsterdam’s infrastructure as a recurring project – even if improvements last longer and longer each time.

“Based on the 100-year lifespan, about eight to nine bridges will have to be renewed every year and about two kilometers of quay wall,” Jongsma added.

“Hopefully, this will diminish in the future if we handle the bridges and walls with care and they will last longer than 100 years.”