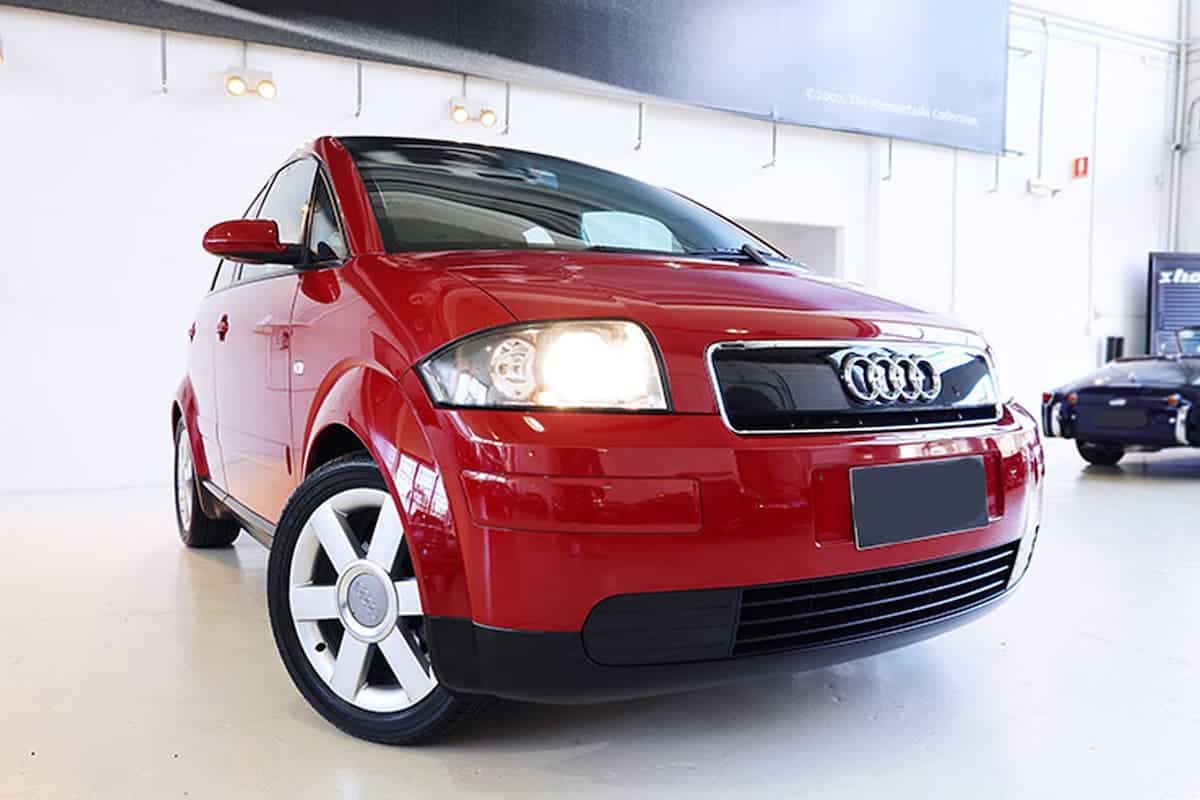 Weird and wonderful: the 2003 Audi A2 Manual. Image: Carsales

The late 90s and early 00s were one of the most innovative periods in automotive history, with its fair share of automotive legends (and losers).

In the US, auto makers were experimenting with ‘retro-futurist’ designs, such as the infamous Chrysler PT Cruiser, Plymouth Prowler, Chevrolet SSR and the fifth-generation Ford Mustang. Japan was producing some of its greatest sports cars ever, such as the R34 Nissan Skyline GT-R, Honda S2000 and Mitsubishi Lancer Evolution VIII. Meanwhile, Europe was getting loopy making weird MPVs like the Renault Avantime, Fiat Multipla, and Audi A2.

Unlike the Multipla or Avantime however, which exist as rolling case examples in how not to design or market a car, the A2 was a particularly underrated and genuinely forward-thinking vehicle that deserves more love.

They’re also as rare as hen’s teeth, which is why we’re so excited that a mint condition example in ‘Amulet Red’ has popped up for sale in Sydney. 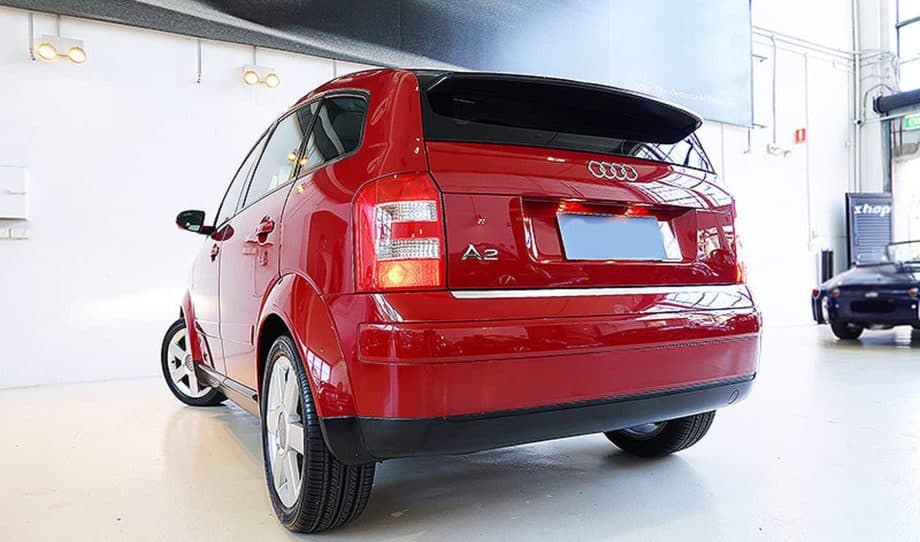 You know how we talk about the ‘subtle flex’ a lot? This is a subtle flex, too. Image: Carsales

The A2 was a particularly innovative car for Audi. Constructed out of aluminium and designed to drive four people from Stuttgart to Milan on a single tank of petrol, the A2 was designed to be a hypermiler. Despite only making 55kW from its 1.4L inline-four, because it’s so light, it’s actually a deceptively fun car to drive – indeed, it’s lighter than a Mazda MX-5 – whilst being a hell of a lot more comfortable. Unlike any car then or since, it combines incredibly frugal fuel efficiency (around 3-5L/100km) with luxury and engaging driving dynamics. It’s basically a not-terrible Smart car.

“The Audi A2 was ahead of its time in [terms of] design, construction and style but the manufacturer lost €7,530 on every one they built,” the seller relates.

“Produced in small numbers, it’s said that today in Europe a well-maintained example can fetch more than the new price and with approximately only 4 cars making their way to Australia, on this side of the world it’s an exciting find indeed.” 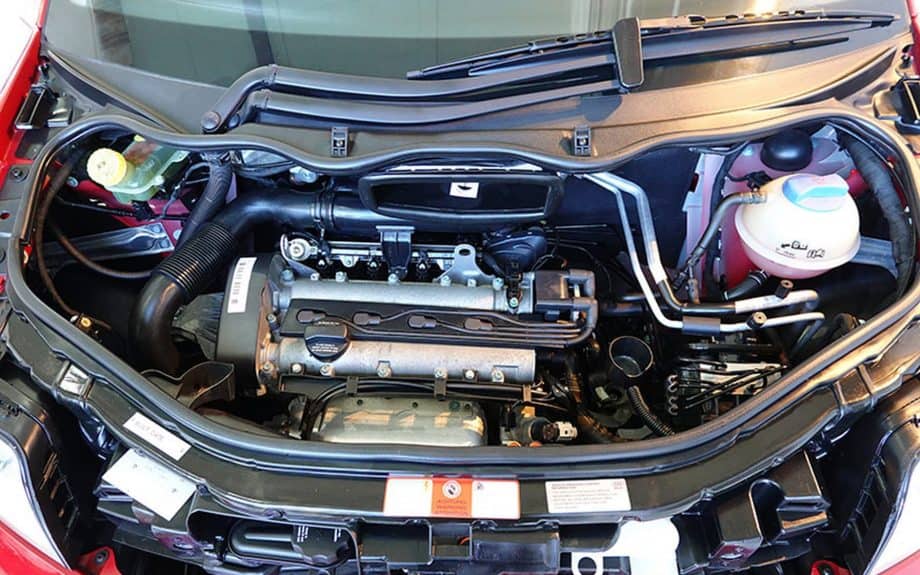 The little engine that could. Image: Carsales

It’s hard to classify the A2 because there’s nothing really like it on the road. It’s not really an MPV nor is it really a hatchback. Indeed, it’s way more fun than either of those labels suggest. What it definitively is, however, is charming, practical, and unique.

This 2001 model year Australian-delivered rarity is in remarkable condition. With just over 27,000 clicks registered, you could be forgiven for thinking this was just some long-forgotten dealer demonstrator. It’s fully optioned out with leather and luxury packages, and the ladybug-like red paintjob suits this friendly Audi perfectly. The Audi design language from this era of cars is particularly timeless – very minimalist and classically Teutonic – and it simply beggars belief how pristine this design-forward A2 is.

“In superb and totally original condition inside and out and offered with its original service books, both original keys and owner’s manuals, this rare and collectible modern classic is a practical, usable collector’s grade car,” the dealer relates. 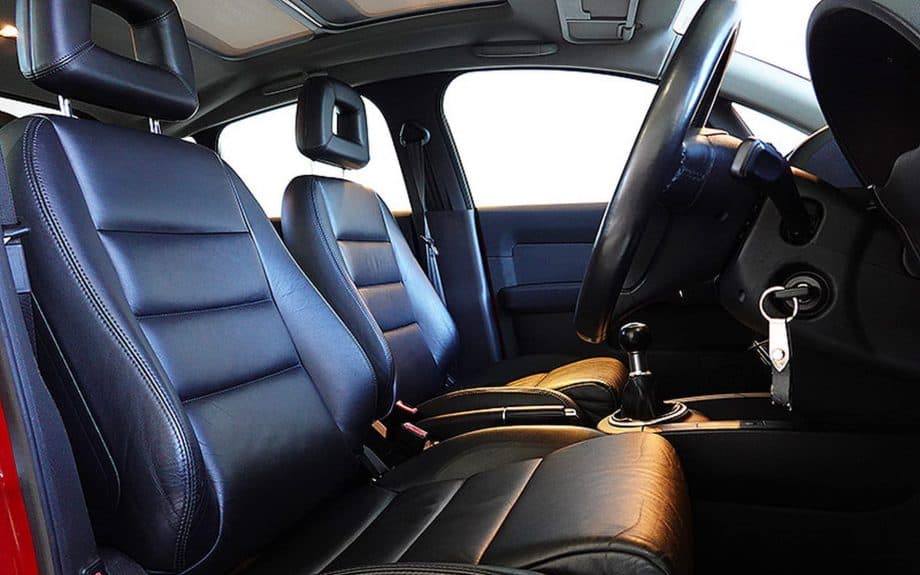 The eagle-eyed might spot the huge moonroof. Image: Carsales

Selling for a very reasonable $26,995, this oddball Audi won’t stick around for long. Check it out at Carsales or on the dealer’s website.