No Time For Visors?

You know what they say: love is blind. But it seems that Ben Affleck’s taking that adage a little too literally.

Recently celebrating his 48th birthday, the Oscar-winning actor was spotted on the streets of Los Angeles with his latest squeeze, Cuban-Spanish actress and Hollywood’s latest Bond girl, Ana de Armas, behind the helm of a mint-green custom BMW cafe racer.

According to Vanity Fair, the wild custom motorbike was a birthday present from de Armas – but rather embarrassingly (or endearingly cute, depending on your perspective) the pair forgot to remove the stickers from the visors of their new motorbike helmets before jumping on Affleck’s new toy for a joyride. 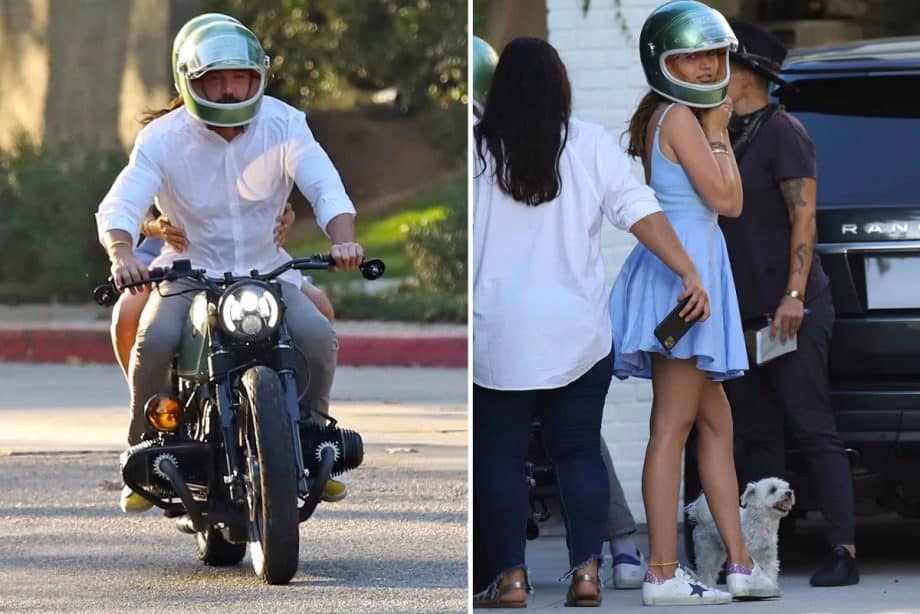 That’s what happens when you get in a relationship – you get lazy (or flustered?). Sometimes dangerously so.

No harm, no foul: the pair looked to be having the time of their life, resplendent in their matching golden Hedon brain buckets and distressed Golden Goose luxury sneakers.

Affleck and de Armas met on the set of upcoming psychological thriller Deep Water, where they’re set to play a husband and wife (it’s cute to see an old-fashioned Hollywood romance). Also in post-production is No Time To Die, the 25th James Bond film in which de Armas is playing a Cuban CIA agent assisting the famous fictional spy. No Time To Die has had its release date pushed back multiple times due to The Bat Kiss – which has brought hype levels for this latest Bond film to a fever pitch. Other high-profile castings in No Time To Die joining de Armas alongside current Bond Daniel Craig include Léa Seydoux, Ralph Fiennes and Rami Malek. 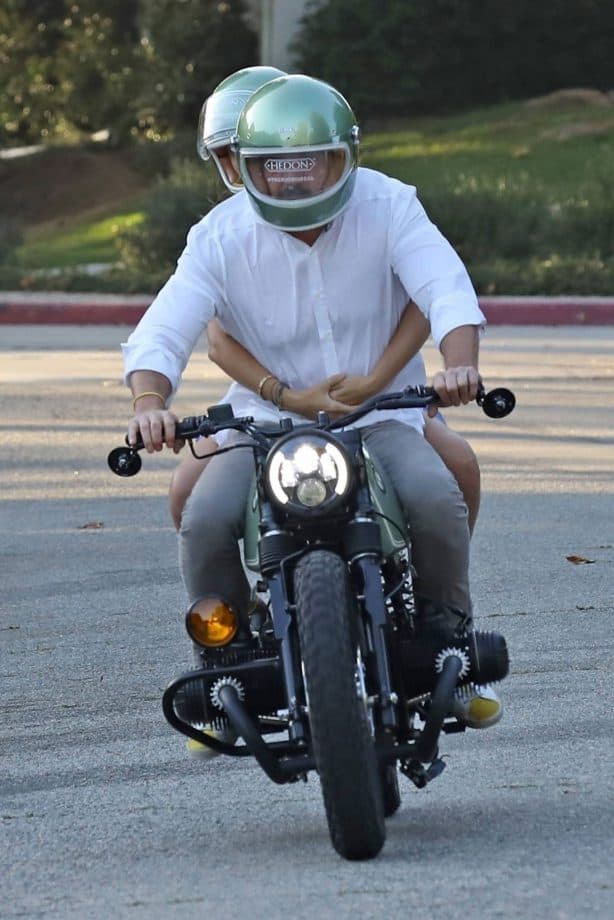 We can’t think of a better prospective Bond girl than the supremely talented de Armas, but she’s taking that Bond tradition of femme fatales to an interesting real-world place with this motorcycle gaffe.