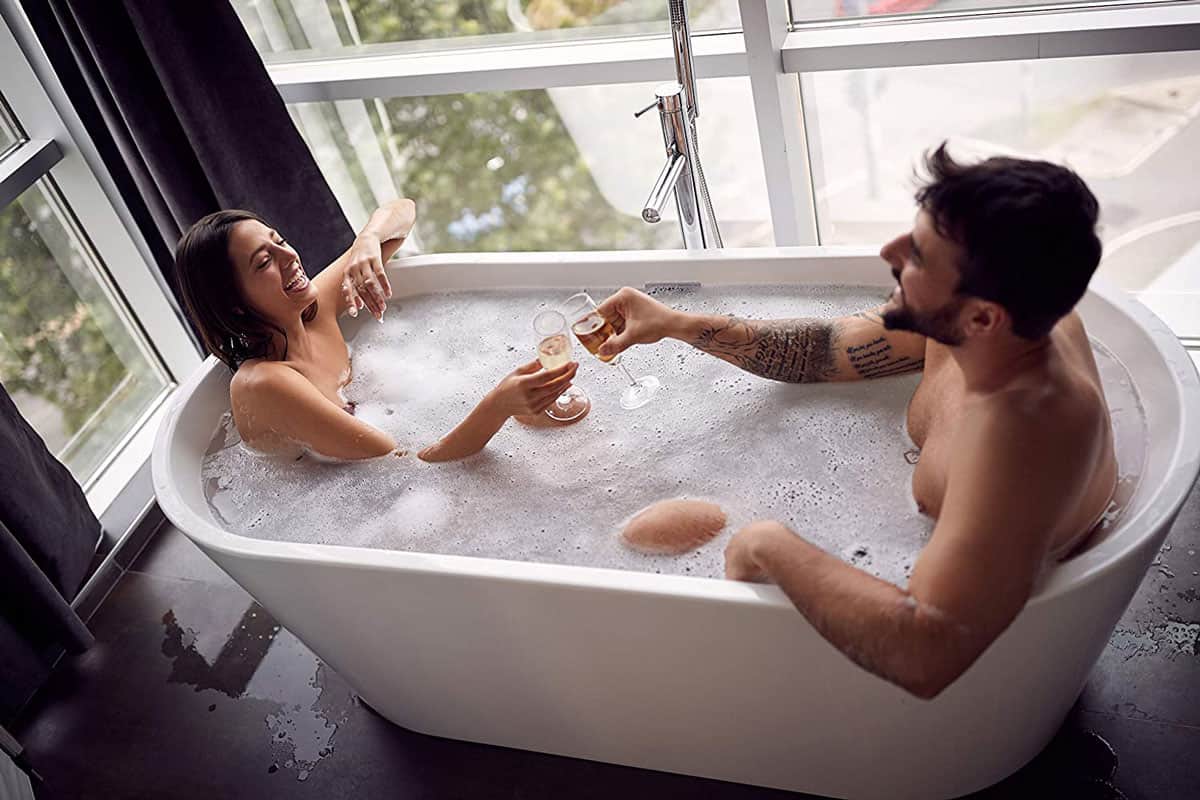 While Sydneysiders commute, Queenslanders contemplate the merits of a border wall and Western Australians curse everyone for ruining their chances of a travel bubble with Europe, Melburnians are feasting like kings.

That’s one interpretation of the latest statistics, anyway (on ground reports tell a different message).

The truth is, while there are a lot of stereotypes floating around right now (see: above), generally speaking, we’ve pulled together. And while Victoria is doing it tough, the rest of the nation appears to be acting in a supportive manner.

On that note, a Commonwealth Bank graph has just surfaced on Twitter, which brings to light yet another similarity between us all.

Victoria: on the booze #ausbiz pic.twitter.com/XiJcFziWeX

Posted by @ausbiztv anchor David Scutt, the graph shows an 80% spike in Victorians’ spending on food and alcohol in March (when the virus first hit Australia and the country was plunged into lockdown) compared to the same time last year.

An ANU study shows Victorians were not alone in this, with Australia’s national consumption of alcohol increasing during the Covid-19 crisis.

The graph also shows, however, as Victoria endures lockdown 2.0, spending on food and alcohol is spiking again. It was up by about 50% in July and appears set to continue rising.

Food is now ticking just behind alcohol too, which marks a surprising change in Victorians’ priorities, with alcohol spiking after food in the previous rise.

On the other hand, given other gloomy statistics (not to mention supermarket scarcity), it’s perhaps understandable Victorians are getting their drink on.

Forty-one percent of young people (aged 18 – 24) reported feeling lonely as a result of the COVID-19 lockdowns, compared to the 29 percent average, a recent study by impact management software Socialsuite found, while The Herald Sun reports an average of 44 small businesses are closing their doors each day in Melbourne.

On the plus side, confirmed cases appear to be stabilising. We’ll drink to that.