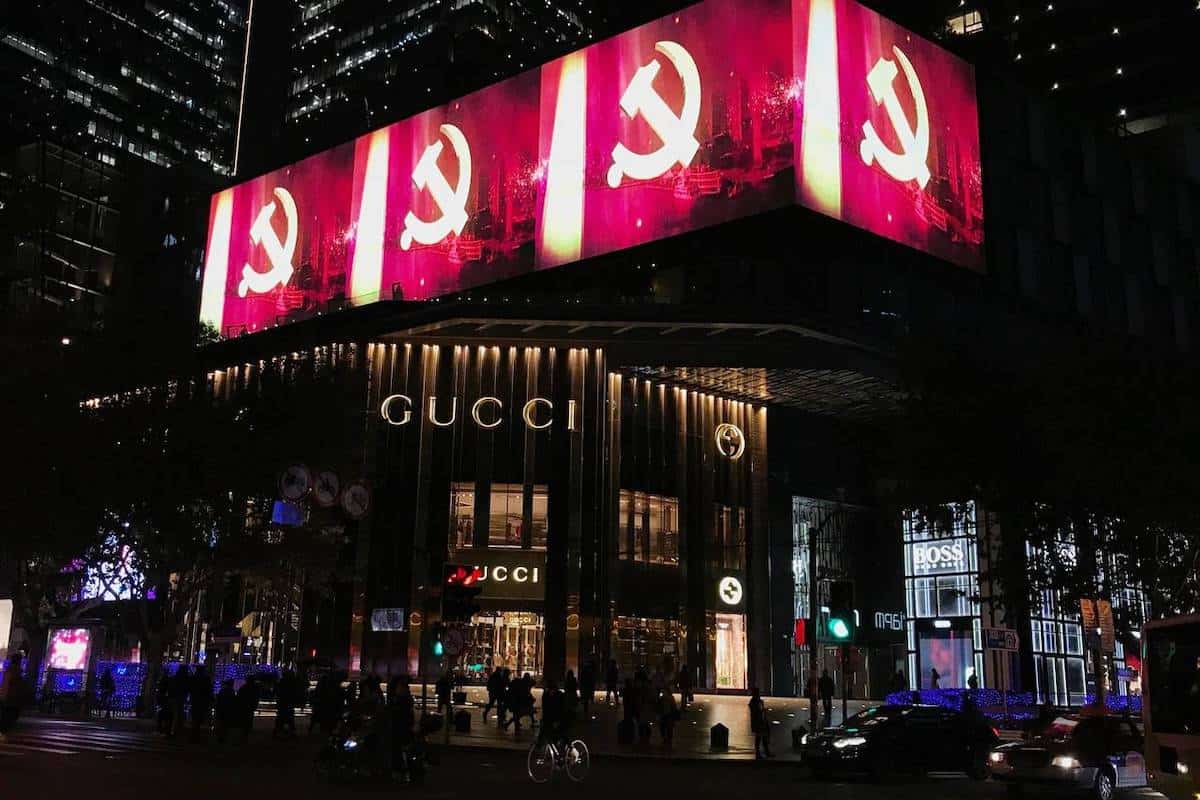 The economic (and literal) Grim Reaper of 2020 has swung its scythe deep into the heart of luxury brands.

While virtually every industry in today’s globally interconnected economy has been affected by the COVID-19 crisis, luxury brands have been hit particularly hard. It’s understandable, really: right now people are much more concerned with buying face masks and alcohol during lockdown than fancy bags or jewellery.

On top of that, retail is a total a no-go thanks to The Bat Kiss – an essential part of the whole luxury experience – and while online retail is doing well, many would question the ‘point’ of buying luxury goods right now… People are staying inside so there’s less of an audience for your new Louis Vuitton flex, so why invest your hard-earned coin?

Indeed, luxury goods sales (or the lack thereof) are perhaps one of the best indicators for the global economic outlook. The stock markets might be defying logic but the quarterly reports from the world’s biggest luxury retailers aren’t: things are looking grim for the luxury sector right now, as things are for many businesses.

RELATED: Why Luxury Goods May Be A Better Economic Indicator Than The Stock Market

Many observers have commented on the rise of ‘revenge buying’, particularly in China. The idea goes that because luxury consumers were ‘shopping-starved’ during the first stages of quarantine, they’re now overcompensating by splurging more than usual, CNBC reported in May. It’s a narrative that has some factual basis, inasmuch as Chinese retail did see a spike once restrictions eased in the world’s most populous country.

However, it’s also a narrative that casts doubt at some of the Western preconceptions about the Chinese nouveau riche – tropes which as The Pandemic drags on, have revealed themselves to be less and less accurate.

While brand recognition is still a huge driving factor for buyers, Chinese luxury consumers are increasingly choosing luxury brands because they generally weather fashion trends as opposed to riding them. Of course, collections change every season, bringing with them new modes and ideas, but the core collections of any luxury brand – whether we’re talking about Gucci belts or Rolls-Royce Phantoms – stay timeless (and desirable).

Moreover, luxury staples like Hermes bags, Bally shoes, fine cognac or a ‘grail’ Rolex not only withstand changing tastes but can be genuinely valuable investments – if maintained properly. Indeed, Hermes’ famous Birkin is demonstrably a safer and more profitable investment than gold, according to Baghunter. It’s how the rich get richer, and might just be one way Australians can make their money work harder for themselves: by pursuing more unconventional investment opportunities, such as luxury goods.

The other big takeaway from Vogue’s research is that Chinese luxury consumers perhaps aren’t all the cash cows that reactionary elements in the Australian media would lead us to believe. Vogue reveals that a shockingly large number of Chinese consumers they surveyed are going into debt to afford their luxury preferences, many taking loans and falling into unhealthy patterns of overconsumption.

Many Australians picture middle or upper-class Chinese as having nearly endless reserves of cash to spend on luxury labels, but the truth is far more mundane – and worrying. It’s a lesson that Australians should be quick to take heed of, especially in 2020: don’t live beyond your means, and don’t chase luxury goods if you can’t afford them.

In essence: Chinese tastes are becoming more mature, but a minority are obsessed with just chasing a luxury lifestyle, to the point of financial ruin… Which is true of basically every luxury market. More to the point, while China is unlikely to be the golden goose luxury brands were hoping for in 2020, luxury brands still need to invest in understanding the Chinese market. You can’t ignore 1.4 billion people.