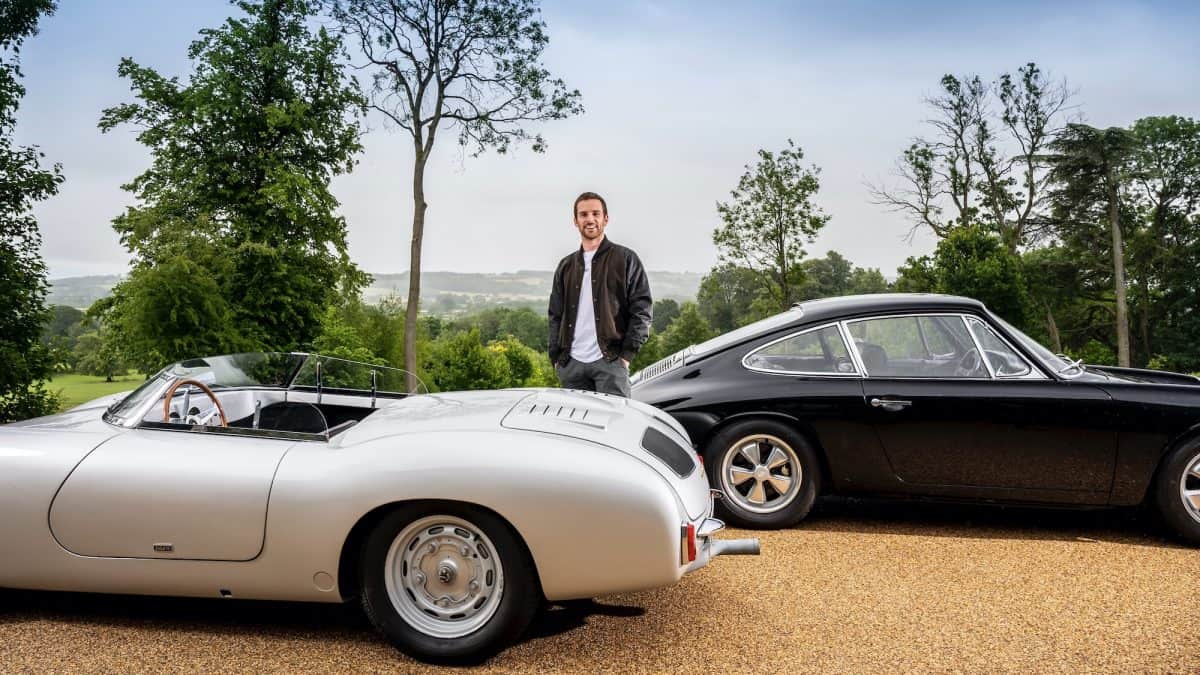 “If it ain’t broke, don’t fix it.” It’s an adage we’ve all heard before, but rarely one that applies to cars.

The increasingly rapid pace of technological development means that cars that were released only 24 or even just 12 months ago are becoming superseded: autonomous driving and advanced driver aids like lane assist; ever-more efficient ICE engines and the rise of EVs; infotainment and device interconnectivity – even the humble license plate is changing, with stick-on vinyl plate wraps becoming legal in places like the UK and California.

It’s easy to get caught up in the unrelenting pace of change that’s sweeping the automotive industry and forget the essentials; the elegant simplicity of what makes a good car. A car doesn’t need to be the fastest or most technologically advanced in order to hold its own: good design and considered performance will always be relevant.

Despite developing EVs like the spectacular Taycan and having long abandoned air-cooled engines, Porsche hasn’t forgotten this. Just as comfortable celebrating their roots as they are trumpeting their latest innovations,  the brand shared an interview with Coldplay bassist Guy Berryman, who owns one of the classiest collections of classic Porsches in the known universe. 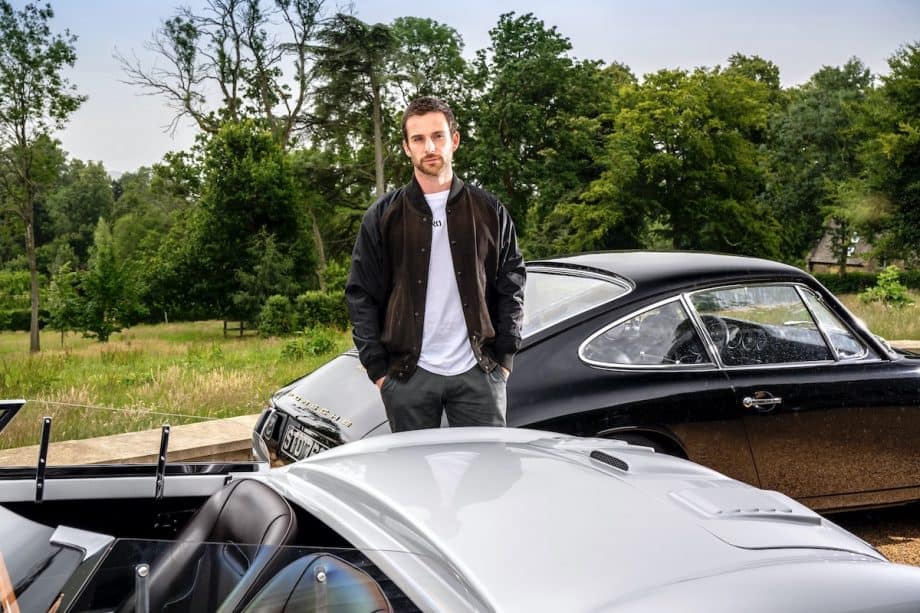 Guy with two of his whips. Image: Porsche Newsroom

Best known as the groove master behind one of the world’s most famous rock bands, Berryman is also a gearhead, having studied mechanical engineering before committing to a musical career (a choice that’s panned out pretty well for him in the long run we think).

“My interest in cars fundamentally lies with the engineering and concepts behind them,” he says.

“All of the cars in my collection have something significant beneath the surface. I’m a great believer in the idea of form following function, and it’s something that works for me across a range of different fields. Whether its industrial design, clothing or cars, if you follow that mantra you always end up with real purity.”

Coldplay are easily one of the most successful bands of all time, having sold over 100 million records worldwide and won 9 BRIT Awards, 6 MTV Video Music Awards, 7 MTV Europe Music Awards and 7 Grammies over the last 24 years. That sort of success allows you to enjoy the finer things in life, which for Berryman means classic Porsches.

“I think there was a design language in the 1950s and 60s that had a very beautiful, sculptural quality to it as a result of things being drawn by hand,” he relates.

“Back in the 60s I think there was a real flamboyance, spirit and energy in automotive design that resulted in these very pure forms.” 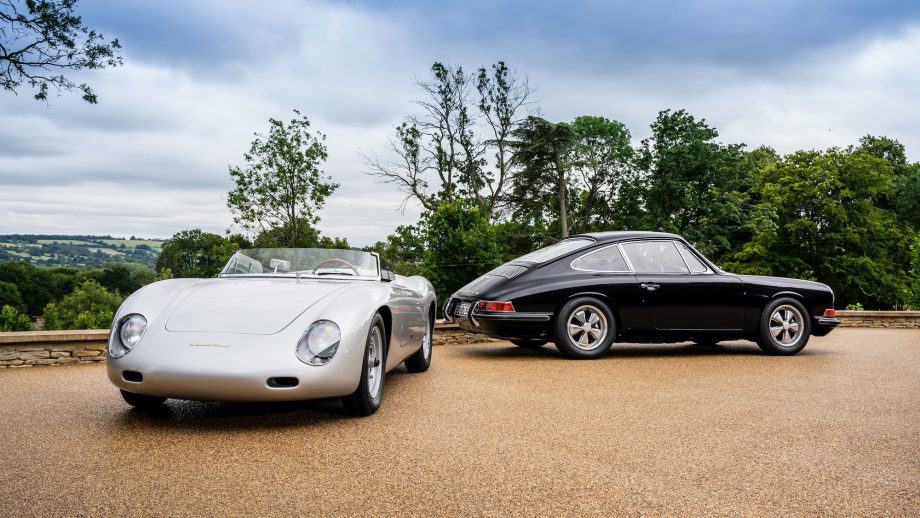 ‘Pure’ is the best way to describe some of the cars he owns, such as the immaculate 911S and 356 Zagato he showed off last week. He also has a 914/6 converted to GT specification, plus a totally original 1968 911 and 914 that both belonged to Porsche modifier and founder of Rennenhaus, Clay Grady.

Berryman’s not just your every-day Porsche enthusiast, however. The bass player founded his own car magazine and has an almost forensic dedication to restoring the cars in his possession.

“I go to great lengths to restore cars in a way that is true to how they would have left the factory – replicating materials, finishes and colours – often details you would never see, such as inside a panel or door. Anything that is found during disassembly has to be preserved or recreated when the car is put back together.”

While his 356 Zagato is an incredibly exquisite beast, his 911s have caught our eye in particular. The condition they’re in is truly mind-boggling and redefines the term ‘concours ready’. We can only imagine how much blood, sweat and tears (and $$$) has been spent on his Neunelfers. 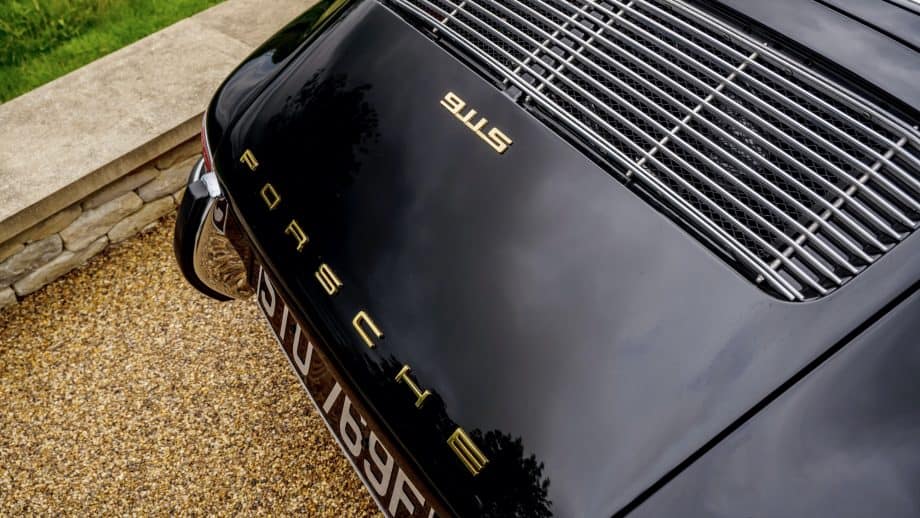 If this doesn’t make your mouth water then you’re not a true car lover. Image: Porsche Newsroom

The Porsche 911 is one of the most iconic and beautiful cars of all time. It’s why the fundamental design and layout of their most famous model has barely changed in almost 60 years. It’s a testament to the engineering brilliance of Porsche that even their oldest models can still hold their own from a performance and aesthetic standpoint even today: classic Porsches have maintained their relevance in a way that few other classic cars have.

When other brands talk about their classic models, it can feel like navel-gazing or a distraction tactic. Sure, the Citroën DS is a cool car, but it doesn’t make you want to buy a C4 Cactus. But when you see a 911, it reminds you of the unbroken lineage of excellence that Porsche has maintained for almost 90 years.

Berryman’s dedication and taste deserve applauding. His collection’s so good, it’s even got us forgetting how dreary Coldplay’s music is… But that’s another story.