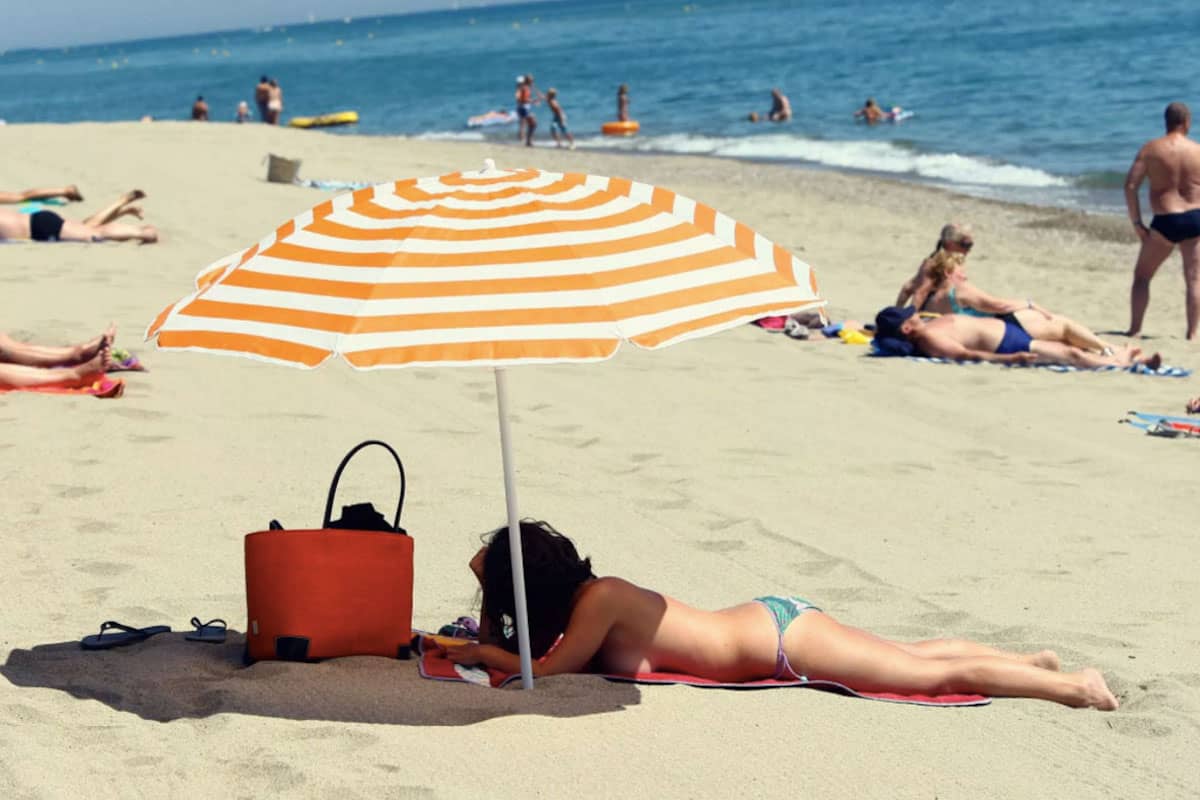 From Camus to Chanel, the French are known for their devil-may-care attitude. Accompanied by defiance, it’s a heady mix the rest of the world is all too eager to attribute to everyone who lives between Biarritz and Brittany.

Normally we’d tell you your cheese-chomping, wine-slurping, cigarette-smoking, diet-sneering stereotypes are vastly overblown. However, one French Twitter user’s response to a draconian new beach ‘rule’ banning topless sunbathing just proved there may be some truth to the tropes.

Police recently sparked outrage after asking a group of women to cover up while sunbaking on a beach in the south of France.

“Two gendarmes approached the group of three women as they sat topless in Sainte-Marie-la-Mer, asking them to put their tops on after a tourist reportedly complained,” news.com.au reports.

“A tradition at beaches in France for the last four decades, locals were furious the women were told to get dressed. Topless sunbaking first gained popularity in France during the 1960s with women demanding the same right to tan their upper bodies as men.”

That’s not the story though. What’s now making waves is the French solidarity in response to this faux pas.

“Tired of it! We tan as we want and in this case, nothing prevents the topless! The constabulary better take care of the serious stuff. FED UP!”

Posted to Twitter by Paris-based writer and essayist Francoise Degois, the tirade captured popular sentiment. At the time of writing her post has attracted 166 comments, 662 retweets and 1.6k likes.

Degois was not alone in chiding the police for their role in enforcing a non existent rule (there is no law against topless sunbathing or swimming on beaches in France).

One user took the situation to the absurd extreme, posting a video of what life would be like if such a rule was truly enacted…

The gendarmes appear to have got the message, with a police spokesperson apologising for the officers’ actions (they were apparently just trying to calm the situation and appease the tourists), and clarifying that yes: sunbathing topless on beaches is still permitted in France.

“Topless sunbathing is allowed on the beach at Sainte-Marie-la-Mer. It was clumsiness by two gendarmes who had the best intentions.”

France’s Interior Minister Gérald Darmanin also weighed in, defending the “precious” right of women to sunbathe topless on beaches, saying “it was wrong that the women were warned about their clothing.”

“Freedom is something precious. And it is normal that officials can admit their mistakes.”

The moral of the story? Don’t prioritise tourists over local culture (especially when the vast majority of tourists who visit France are drawn by that very French way of life).