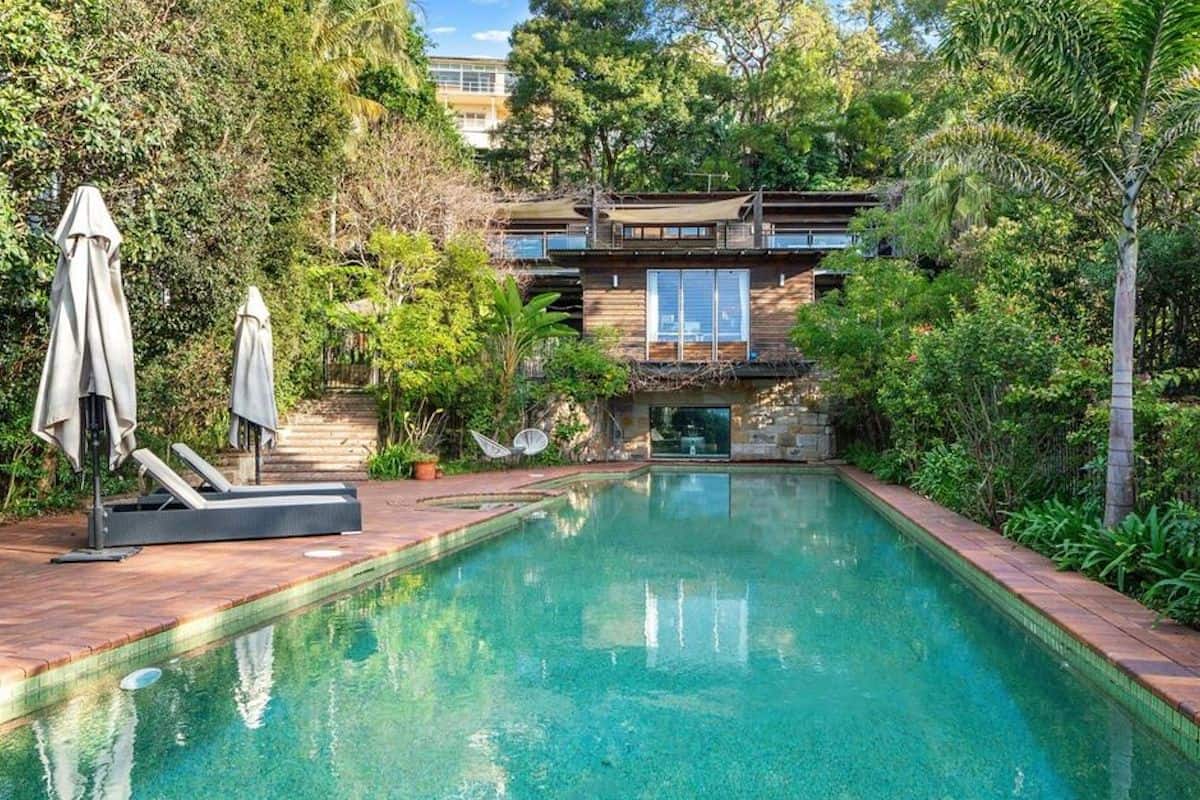 Your home can be a powerful source of inspiration. French Impressionist Claude Monet’s lush Giverney garden was the setting and inspiration for some of his most famous paintings – such as his iconic Waterlilies series – and Kanye West’s existential 2019 ‘Wyoming Sessions’ album series perfectly reflect the stark rural surrounds of the Rocky Mountains he cloistered himself away in.

But you don’t need to head out to the country to find an amazing home to inspire you. 31 Olola Avenue, Vaucluse (aka ‘Olola House’) nestled in Sydney’s exclusive Eastern Suburbs is a little parcel of tranquil isolation in the middle of Australia’s biggest city. Its expansive ocean views, leafy surrounds, amazing interior design and unique amenities make it the ultimate creative’s retreat.

The cantilevered water feature is a particularly unique (and beautiful) element. Image: realestate.com.au

“5 bedrooms, master with ensuite, built-ins and harbour views, 4 bathrooms (1 external WC) and 3 undercover carspaces… Set back from the street and enjoying a leafy outlook, this home boasts a separate home office with plenty of storage and an underground media room or music studio with its own kitchenette and air-conditioning.” 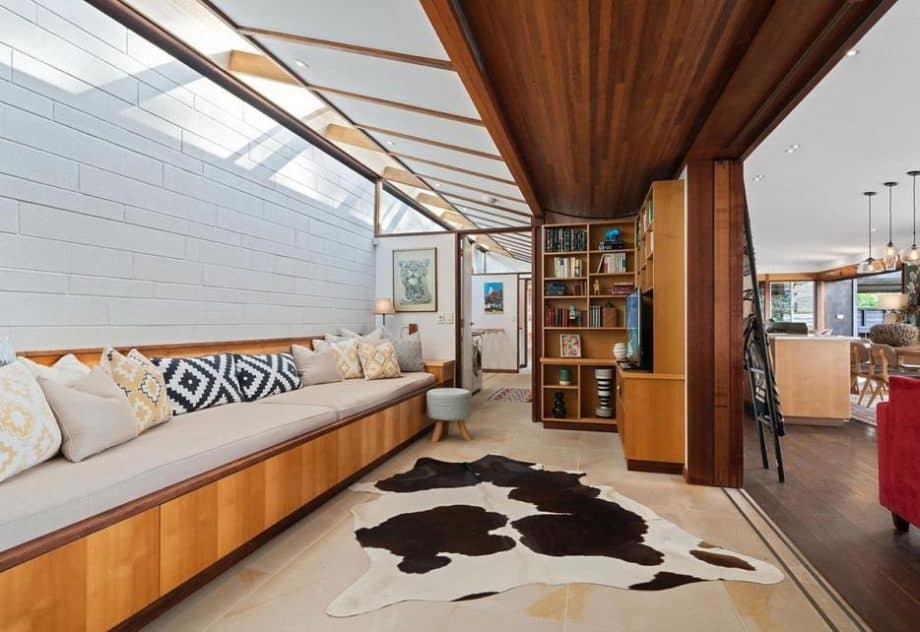 Behind the long common area is a number of comfy little nooks, perfect for curling up with a book. Image: realestate.com.au

You’d be forgiven for thinking this was some rainforest retreat, given how picturesque this leafy abode is. The amount of greenery that surrounds the property is remarkable, only the very tops of apartment blocks in the distance belying Olola House’s urban context.

The tranquil nature of Olola House’s surroundings is further bolstered by the masterful use of timber inside the property. There’s scientific evidence to suggest that touching and being in the presence of wood has a calming effect – but you don’t need a PhD to see how living in a house this nice would be a dream.

Of course, its pièce de résistance is its spacious home studio, perfect for a musician but also well-suited to any creative practice. You could use it as a workshop, recording booth or even a bedroom for a teenager who’s decided they want to start a band with their mates. There’s plenty of space for a four-piece to practice in there. 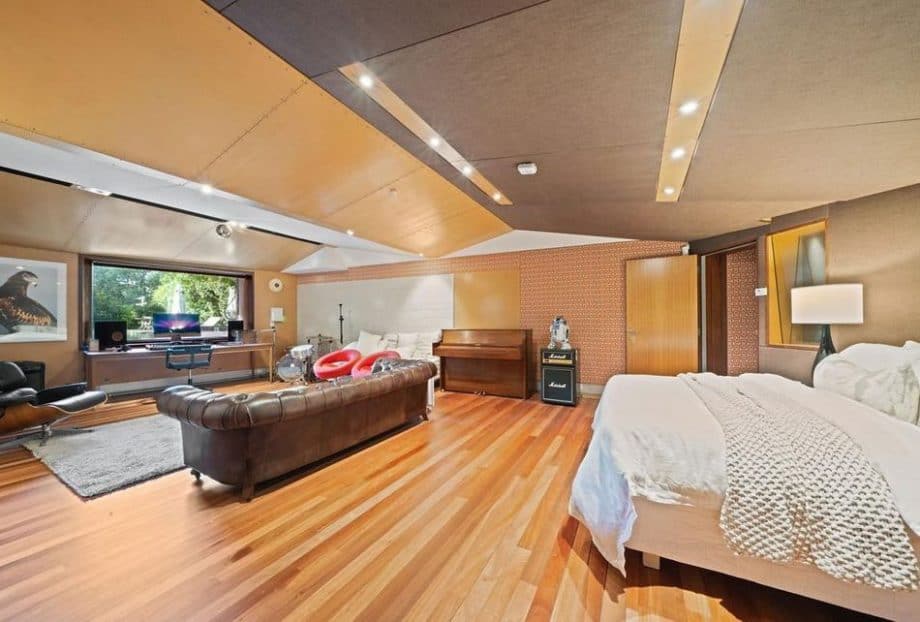 Many creatives have taken advantage of social isolation in 2020 to bunker down and hone their craft. While someone who’s truly talented will make beautiful things no matter where they are, a beautifully appointed house where you can escape from the world in luxury would certainly make one’s creative process easier, to say the least.

Heading to auction on the morning of Saturday 22nd August, Olola House is sure to attract some serious buyers. Check out the listing here for more information.