“Making sure you don’t look like a lost surgeon is a good fashion move.”

You might not know his name, but Johannes Huebl is one of the most quietly well-dressed and dapper gentlemen of the 21st century.

The German-born model, photographer, philanthropist and Olivia Palermo’s other half is a rare breed in the fashion industry: a genuinely humble, un-flashy ‘beautiful person’ who’s just very good at what he does and doesn’t try and court headlines or magazine covers (except when he’s literally a cover model).

Huebl’s also been teaching men in New York City and beyond a valuable lesson. Chiefly, that just because this ‘new normal’ is anything but normal, you don’t have to let your sartorial standards slide.

The 42-year-old Hannover native, who’s made Brooklyn his new home, hasn’t let the pandemic dull his sartorial instinct one bit. Every time he’s been spotted on NYC’s mean streets, he’s inadvertently given the men of the world a valuable style lesson. 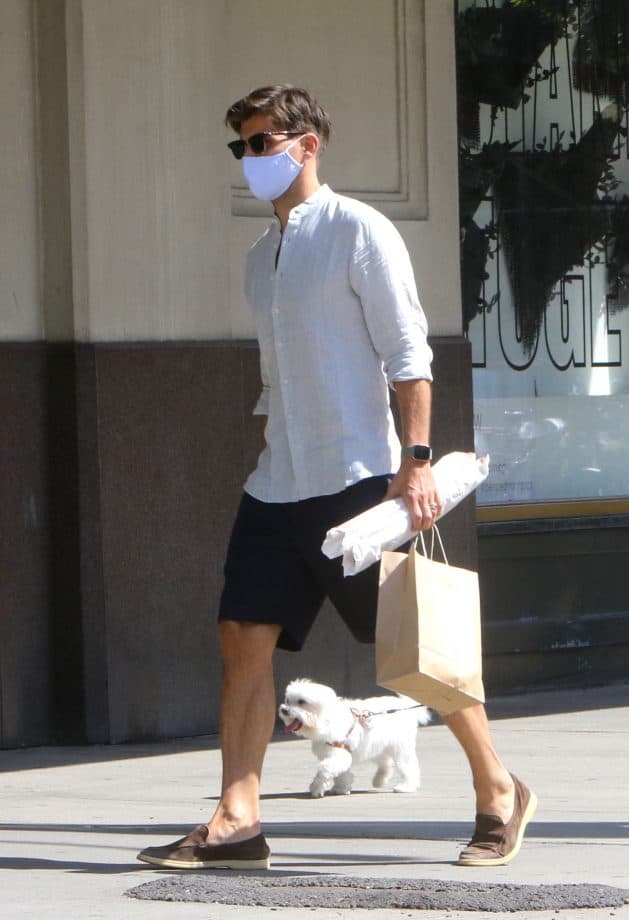 When most men go out to walk the dog, they normally just slip on a hoodie and their rattiest shoes without giving a second thought to their outfit. Not Mr. Huebl. Often out and about walking his wife’s beloved pooch, Mr Butler, Huebl treats the occasion with respect and dresses nicely.

Looking positively Parisian clutching a baguette and wearing a breezy linen shirt, dark shorts and brown loafers, Huebl nails smart casual. If he wasn’t in New York you’d be forgiven for thinking he was about to hit the Champs-Élysées. 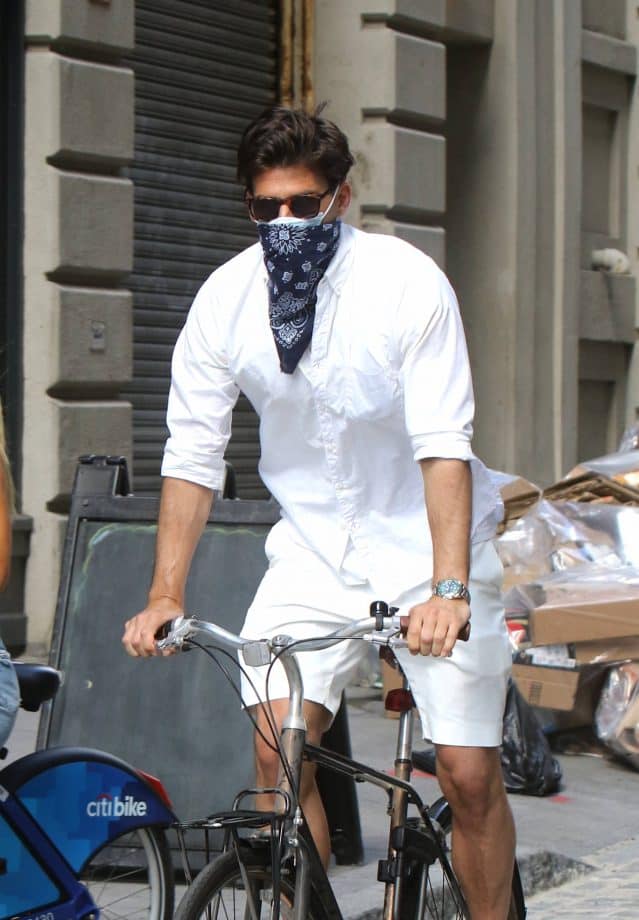 2020’s also shown that Huebl loves to get on the bike and tootle around the Big Apple. Here, Huebl shows how to re-use pieces to create an entirely new outfit: it’s the same shirt he was walking the dog in earlier, but he’s transformed the look by swapping out the dark shorts for some crisp white ones and throwing on a fetching blue bandanna.

It demonstrates how it doesn’t take much to make an outfit look completely different, and how it’s possible to re-use wardrobe items without looking like you forgot to do laundry. Again, it’s a simple outfit, but executed perfectly. That’s the crux of Huebl’s style. 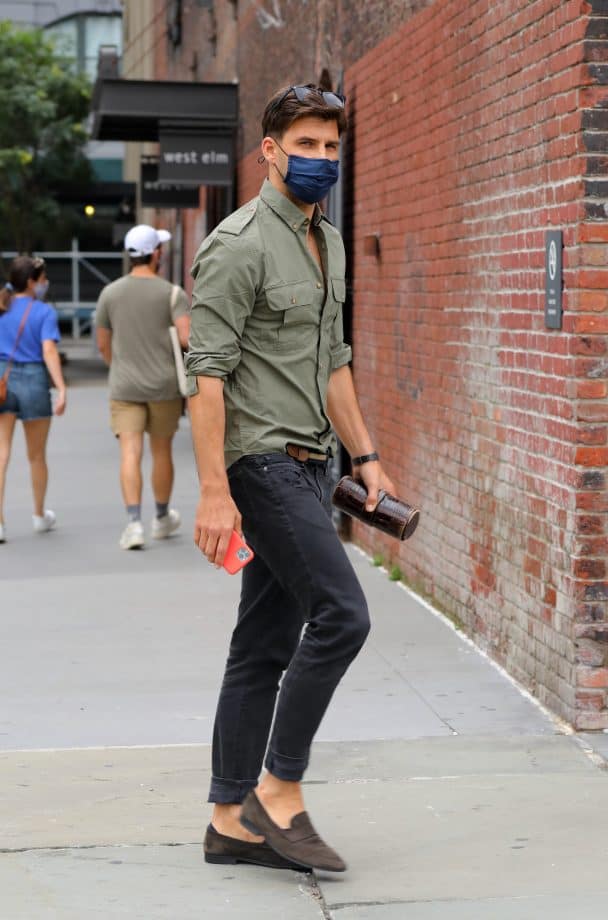 His most recent sighting saw him pair dark skinny jeans with a classic khaki combat shirt and a different pair of loafers. Huebl clearly likes loafers, and they’re the perfect summer shoe for the gentleman on the go: formal enough to look as if you give a sh*t, but comfortable and casual enough to suit lots of different outfits.

Huebl elevates the look through a simple half-tuck (sometimes called a ‘French tuck’). An act as simple as how you choose to tuck your shirt can make a huge world of difference to how your outfit looks.

Another simple change: swapping out a white face mask for a blue one. Not only is wearing PPE a must when you’re out in public right now, but making sure you don’t look like a lost surgeon is also a good fashion move.

In short, if you need some style inspiration during These Unprecedented Times? Have a look and see what Johannes Huebl is doing. You can’t go wrong if you follow his lead.