Chances are that your first car, or the car you learned how to drive in, wasn’t nearly as glamorous as this L plater’s ride spotted on the streets of Parramatta in Sydney’s west.

After all, when you think ‘first motoring experience’ you think of Honda Civics, Subaru Outbacks, Toyota Corollas, Mazda 3s, Ford Mondeos… Not exotic cars or performance icons, but everyday cars that make sense for a learner driver.

With that in mind, we’d like to have a chat with the maniac who thought giving someone driving lessons in an R35 Nissan GT-R was a good idea. We’re not quite sure if this is completely irresponsible (or if we secretly wish they were our driving instructor growing up).

For those not in the know, the Nissan Skyline GT-R is one of the most enduring sports cars in motoring history, and any incarnation of the nameplate would be an absolutely insane choice for a car to learn how to drive on. Originally the top performance package for Nissan’s Skyline coupe, the current model – simply called the GT-R or the R35 – was separated from the Skyline and became its own model from the ground up.

The R35 has been in production since 2007 and is one of the purest expressions of automotive excellence you can hope to ever drive, filled with goodies like a fancy rear-mounted dual-clutch transmission, a highly fettled all-wheel-drive system, groundbreaking driver displays, and of course, its famous twin-turbocharged V6 engine.

In 2007 models, the VR38DETT 3.8L DOHC V6 made 358kW, but subsequent GT-R models have bumped that number up significantly. The highest power numbers are put out by the super limited 2014 ‘Track Edition’ that made 448kW (roughly a 25% increase in power over early model stock R35s). 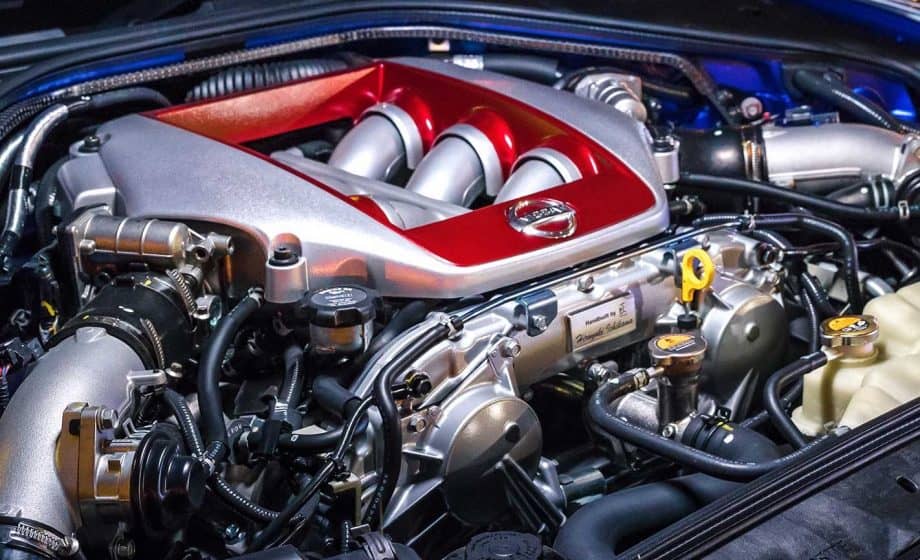 The hand-built VR38DETT engine that powers the R35 GT-R is a work of art, each affixed with a plaque bearing the name of the takumi (craftsman) that constructed it. Image: WhichCar

The 50th Anniversary Edition of the R35 first debuted at the 2019 New York International Auto Show and is one of the finest incarnations of the GT-R. Offered with special two-tone paint and unique Alcantara interior trim, this GT-R makes 421kW and might be the prettiest version of the R35 yet.

But don’t get confused – just because this is an ‘anniversary edition’ doesn’t mean that an ‘R36’ is on its way. Nissan isn’t in any rush to phase out the venerable R35 just yet, Car Throttle reports.

But back to the matter at hand: putting a learner driver behind the wheel of a car worth almost $210,000 that can do 0 to 100 in 2.5sec seems like a really, really bad decision. Driving lessons are already stressful enough when you’re not strapped into a rocket.

That said, it’s perfectly legal to learn how to drive on, even if the average L plater might struggle to adequately handle a ‘Godzilla’ like this. However, once they’ve done their 120 hours, it’s a different story. P platers are banned from driving cars this powerful – which means all those hours getting used to the GT-R would be in vain.

If they need someone to look after the R35 until they get their full license, we’d be more than happy to take care of it…