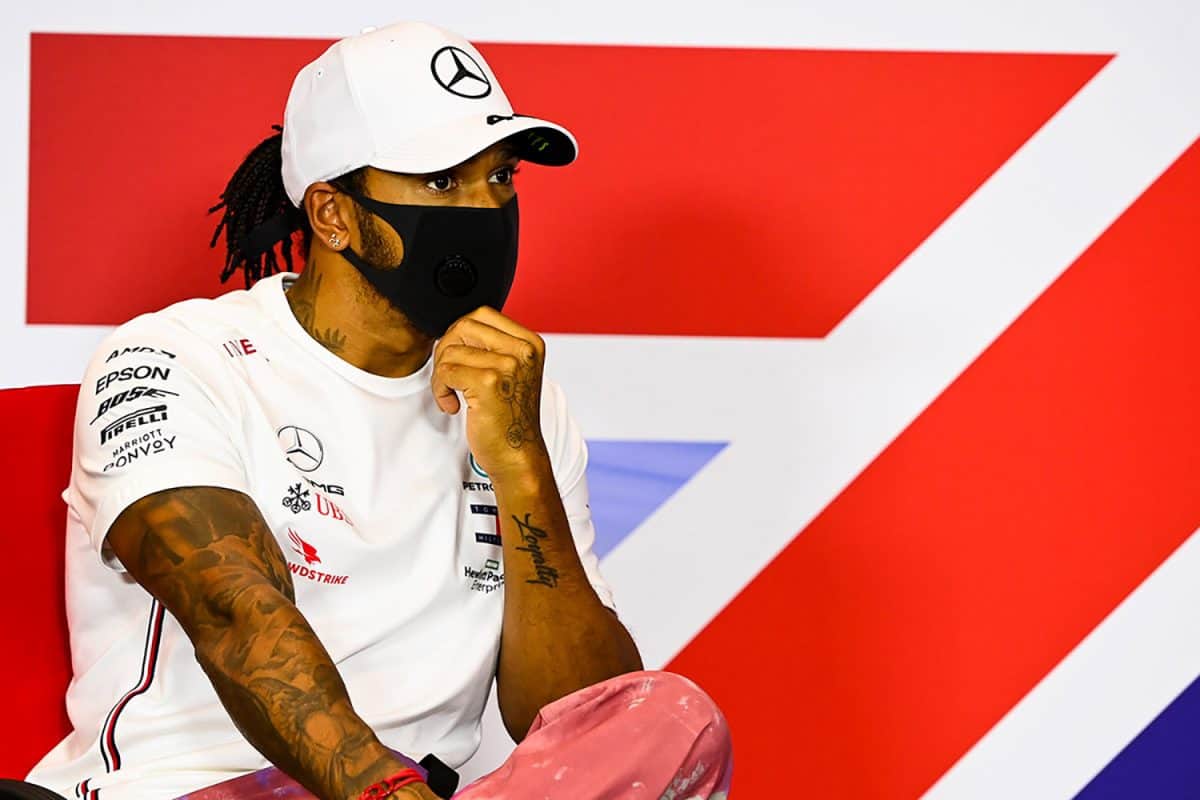 Lewis Hamilton is maybe the most important racing driver of all time.

Not only is the Brit a six-time Formula One world champion and widely considered one of the greatest drivers of all time, but he’s also made history as the first black driver in the sport. Hamilton is to modern F1 what LeBron James is to basketball or Cristiano Ronaldo is to football: an indomitable star who’s had an enormous effect on the popularity of F1.

Four races into the 2020 Formula One World Championship and Hamilton’s already won three of them (the other race was won by his Mercedes teammate, the stoic Finn Valtteri Bottas). On top of the points tally with a whopping 88 points – Bottas at #2 trails him by 30 points – 2020 looks to further cement Hamilton’s exalted position on top of the sport.

Bottas just resigned with Mercedes, meaning 2021 will mark five seasons with the team, and insiders have been speculating whether or not Hamilton will rejoin his teammate next year too. Bottas and Hamilton have a good relationship – one that lies in stark contrast with Hamilton’s rocky relationship with previous Mercedes driver Nico Rosberg.

‘Silver Arrows’ fans are keen to see Hamilton stick with Bottas, but Hamilton’s not been so quick to negotiate with anyone, proving there’s more to the man than just chasing dollars or pole position.

“Ultimately, honestly, it just doesn’t feel like the right time,” Hamilton told the F1 press team in the run-up to the 70th Anniversary Grand Prix in England.

“When you think about so many people in the world that have lost their jobs, people that are unemployed, then to sit and negotiate a big contract – it just doesn’t seem like the most important thing that I need to apply time to right this second.

Despite being worth a cool $285 million, it’s good to see that Hamilton’s not just thinking about his next paycheck. It’s a classy move from a man who proves more and more what character he has.

Amidst the backdrop of the global economic and social upheaval we’ve experienced this year, Hamilton’s also used his profile to bring awareness to racism within F1 and around the world. He’s pushed the sport in a more progressive direction, leading anti-racism demonstrations before races and kickstarting greater corporate acceptance of the Black Lives Matter movement.

While Hamilton hardly lives a frugal existence, it’s heartening to see that he gives a toss about his fans. We agree with him: in light of all his activism, it would be in poor form to be heading straight to the negotiating table. Money isn’t everything, especially in 2020.

“The fact is I do want to continue with the team and it’s not a big effort for us to sit down and get it done. It’s just right now I don’t feel comfortable with it, and so we’ll wait a little bit longer,” he relates.

“I’m not talking to anybody else and I’m looking forward to continuing on, particularly as we’ve just started a new chapter as a team, in terms of how we educate ourselves, how we understand what we’re going to do to help be more diverse moving forwards and more inclusive… I’m super excited for what it’s possible to do with Mercedes and this time moving forward. At some stage it will get done but I’m not stressed.”

Whatever happens, we hope Hamilton continues to succeed in the sport and be a role model for thousands of fans around the world.