This Specialist Fitness Technique Could Be Your Ticket To Explosive Strength 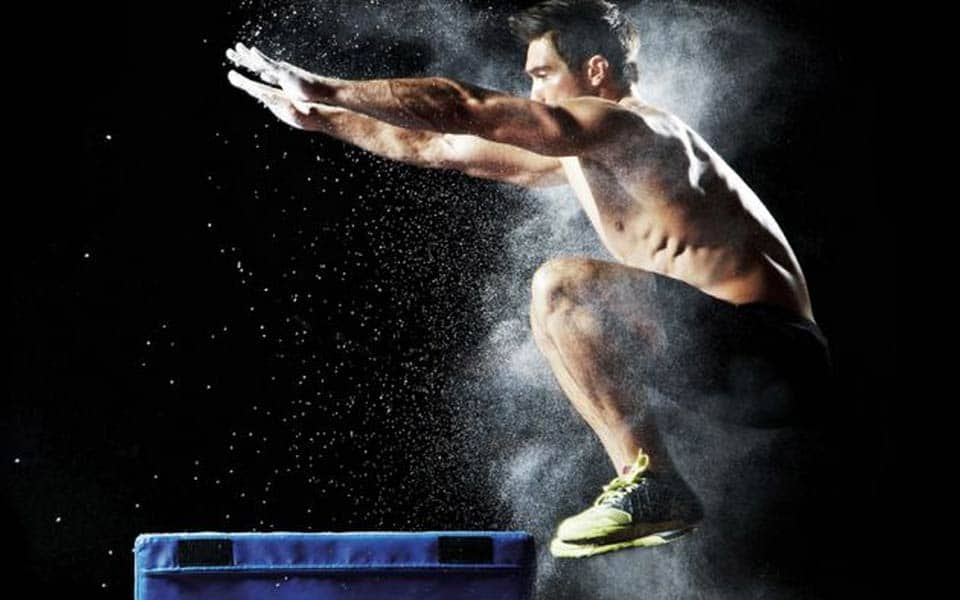 We can all walk through the doors to any gym or fitness studio, lift some weights, and leave feeling pumped. But for all their vainglorious benefits, muscles can, on occasion, be more of an indicator of a man’s dedication to looking at himself in a mirror than his strength.

So, rather than lift weights in an attempt to increase your strength, what else can you do to guarantee a stronger, fitter you? Plyometrics.

You may or may not have heard of plyometrics before, but as a quick history lesson, the training technique originated in the 1950s with the Soviet Olympians. The term plyometrics, however, was coined by US Olympic long-distance runner Fred Wilt, after he saw the Soviet athletes preparing for their track and field events.

Time to rip the band-aid off, what exactly is plyometrics? Allow Lean Performance trainer and fitness encyclopedia Bronte Zeiher to explain.

“Plyometric training involves the use of jumps, hops, bounds and skips and is a super-efficient way to improve speed, power, coordination and, in some cases, agility and overall athleticism.”

“It’s an awesome way to increase power & explosiveness, meaning producing the maximum amount of force in a minimal amount of time.”

It’s not all about box jumps, and neither is it just a case of jumping on the spot several times, or performing several leaps forward, oh no. Plyometric training is a little more niche.

Bronte continues, “While a big emphasis is placed on the take off, or jump, of a movement, the same amount of attention should be applied to the landing, which will be relevant to your exercise being performed.”

Essentially, you want to jump high, land, and immediately jump high again to ‘shock’ the muscles. If you drop down from a high platform, for example, the muscles prepare for the landing by tensing up. When you hit the floor, those muscles absorb energy (eccentric contraction), which is redelivered in an upward movement. The goal of plyometric training is to make that transition from landing to jump as quickly as possible.

It’s not a training technique for the faint-hearted, however, as it’s predominantly used by professional athletes, martial artists, sprinters and high jumpers.

To this degree, Bronte says, “It’s important to understand and be coached correctly through the movement being performed before adding speed or explosiveness.”

“A good place to start is squats, then moving onto TRX/ring-assisted squat jumps and standalone squat jumps, before progressing on to box jumps. Eventually, you can add in other variables such as hurdles.”

She continues, “plyometric training should be performed no more than 1-3 times per week and adequate recovery time needed between sessions is 24-48 hours.”

Not only can plyometric training gift you greater strength and power, but in doing so – and your legs becoming stronger – can provide greater stability for your entire body, resulting in fewer injuries from other exercises.