“Time for a lesson in the impact of lenses on a photo.” 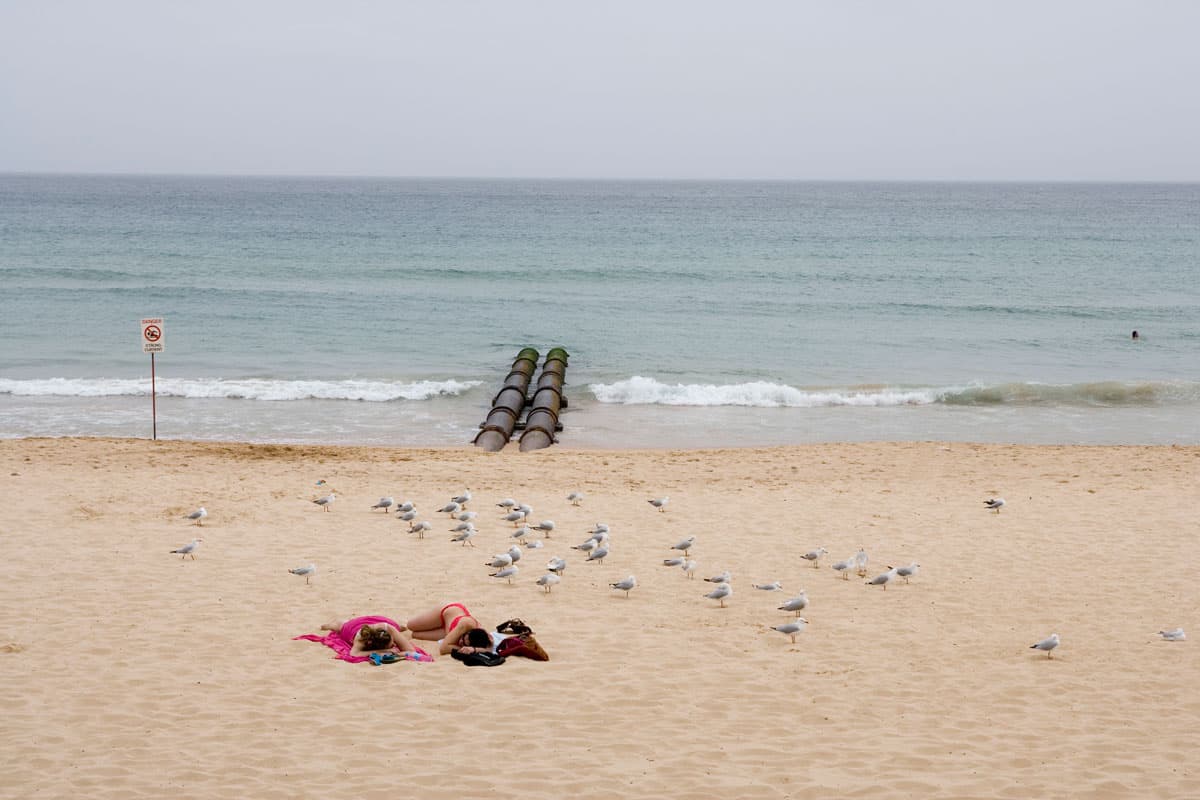 2020 has reminded us we’re all cogs nature can crunch. No longer is ‘epidemiology’ a Black Death buzz word; we’re living through a real-life pandemic. Besides the health implications, this comes with more social and political turmoil than you can throw a prosecco protest at (don’t believe us? Check out these extraordinary Manhattan scenes or how Bondi became Sydney media’s perennial punching bag).

Speaking of pitting Australians against one another, one Melbourne based writer, artist and Twitter user – @sarahtakesfotos – appears to have sprung The Herald Sun for making beachgoers look closer together than they really are.

Ms. Walker says she was at Ocean Grove, a beachside town outside of Melbourne’s metropolitan area (and thus subject to stage 3, not 4, restrictions), on Saturday, where she saw a photographer carrying “a monopod and a lens the side of a toddler” towards the beach.

So @theheraldsun is running this image of the beach at Ocean Grove yesterday. Looks insanely packed, right? Terrifying. Well, time for a lesson in the impact of lenses on a photo. [Thread]. pic.twitter.com/3ZrIKwNwuZ

Suspecting what might happen next, she snapped a few photos of her own of the scene.

When The Herald Sun ran their pictures of Ocean Beach, Ms. Walker was able to compare and contrast.

“This is what the beach actually looked like at the exact time that press photographer was taking those images,” Ms. Walker captioned her photos. “Busy, but not nearly so frightening.”

“Ocean Grove was packed yesterday. But for the most part, people were doing a very impressive job of keeping socially distanced. The police were there keeping an eye on things.”

“The lens natively compresses the distance between objects. By shooting down the beach, it makes the people look very, very close together,” Ms. Walker added.

Shots like the one in the Herald Sun don’t happen by accident. Nobody goes out shooting with a lens that big unless their photo editor has specifically asked for a shot designed to rile people up. People say that the camera doesn’t lie. It’s not true.

This isn’t the first time this year a photographer has taken issue with certain outlets’ squishy shots (not all media outlets are like this by the way – to see where your favourite news source sits on the ‘bias chart,’ click here).

I’d say it was pretty mellow at Manly yesterday, I guess it depends where you look. Find some space to yourself out there to stretch swim, surf, etc, there’s plenty of it. Just make sure your space is not too close to mine ok?). NOTE: No incriminating zoom lenses were used in these photographs @newscomauhq | #lifeatdawn

Manly-based photographer @sproutdaily threw shade in April, writing the following of an easy-going Sunday: “I’d say it was pretty mellow at Manly yesterday. I guess it depends where you look.”

“NOTE: No incriminating zoom lenses were used in these photographs.”

The post split opinion, with one commenter writing: “Still too many people out in Manly. Stay home to save lives. The more people go out the longer this will linger.”

Most agreed with @sproutdaily though:

“That beat up yesterday! Those photos looked remarkably similar to some from a few weeks ago.”

“It’s the media, and people who drive over on the weekend who are the problem.”

“The Telegraph had a telephoto lens squashing everyone close together yesterday.”

This plays into a broader debate around social accountability vs. whether media outlets should be shaming communities at such a precipitous time – not to mention whether it makes any sense at all to refer to ‘the media’ as one singular beast (hint: it doesn’t).

Danish news site reminds people of being skeptical of how news photographers take pictures. Here is the same place, one picture taken with a zoom lense, and the other with a wide-angle lense: https://t.co/lPMJDHXOfD pic.twitter.com/mOSpiFEsDx

Though this is a phenomenon seen around the world (as seen above, media analyst Thomas Baekdal pointed the same thing out in Copenhagen in April), it is particularly pronounced in Australia – particularly Sydney – where the media loves to play off the so called ‘latte line.’