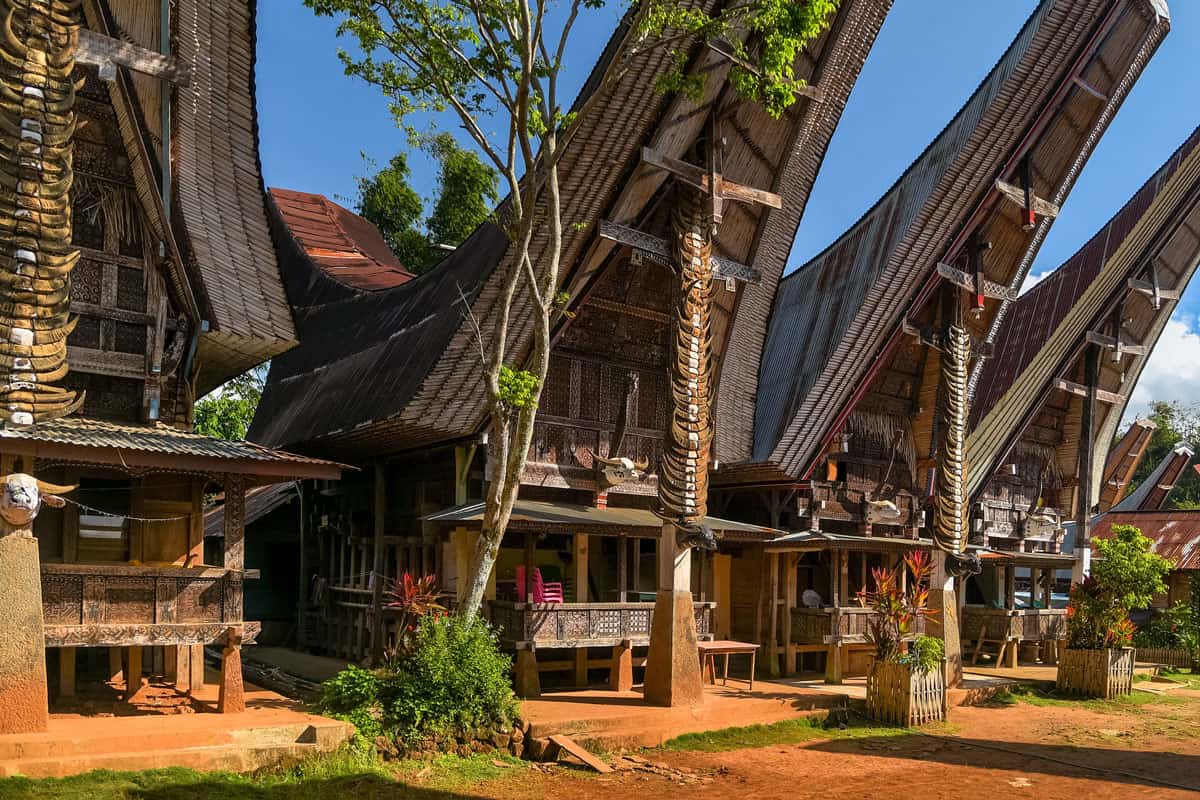 Not to mention selfies.

Some parts of the world, however, have remained adrift from the clutches of The Rectangular Screen.

Or so we thought. With smartphones spreading around the developing world faster than computers (Pew research suggests more than 5 billion people have mobile devices right now, over half of them smartphones) it appears many old school rituals are now intermingling with new.

Enter: Hariandi Hafid, a Freelance Photojournalist based in Indonesia whose recent shots document what a centuries-old ritual in Indonesia’s South Sulawesi now looks like.

The Ma’nene festival, which translates as ‘The Ceremony of Cleaning Corpses,’ has been held for (at least) hundreds of years by The Toraja Tribe, and involves digging up dead loved ones, dressing them up and lighting cigarettes for them. 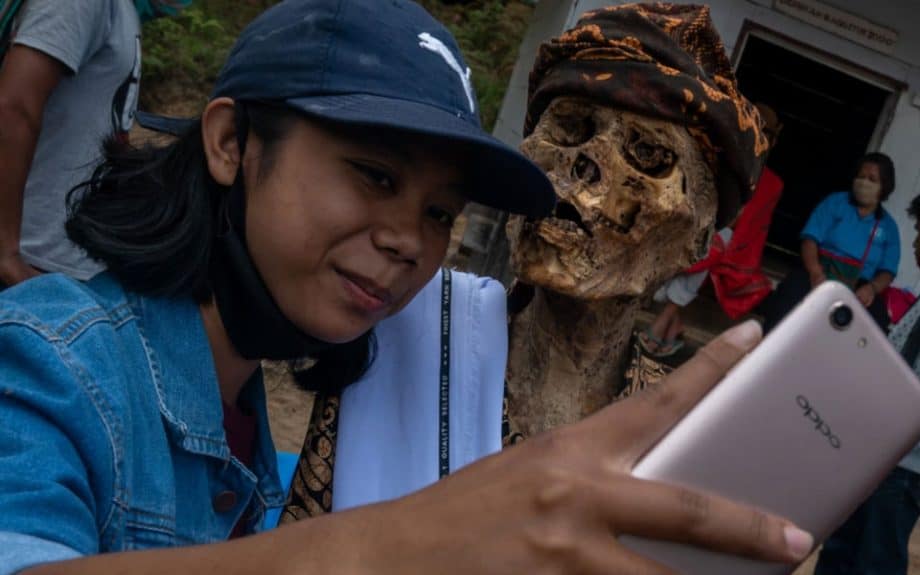 Photographer Hariandi Hafid’s shots show this year, the ritual, for some, included posing for family snaps and selfies.

The ritual is performed every three or four years, during harvest season (July, August and September), depending on the family’s wishes.

“Images show a family lighting a cigarette hanging inside a corpse’s mouth, dressing skulls in bandannas and taking selfies with the dead bodies,” news.com.au reports.

There are approximately one million Torajan people in Indonesia, and most live in South Sulawesi.

“[The Torajan people] believe that after death the soul remains in the house so the dead are treated to food, clothing, water, cigarettes,” news.com.au reports.

As National Geographic explains, “For Torajans, the death of the body isn’t the abrupt, final, severing event of the West. Instead, death is just one step in a long, gradually unfolding process. Late loved ones are tended at home for weeks, months, or even years after death.”

“No one knows exactly when Torajan death practices began,” National Geographic reports. “The Torajan language was written down only in the early 20th century, so most of the old traditions are still oral.”

“Only recently, through carbon dating of wooden coffin fragments, have archaeologists concluded that there are Torajan death practices that date back at least as far as the ninth century A.D.”