‘Wretched’ Photo Sells Bulgaria Better Than Any Tourism Campaign Ever Could

“Damn. You do know that millions are going to have to visit now, don’t you…” 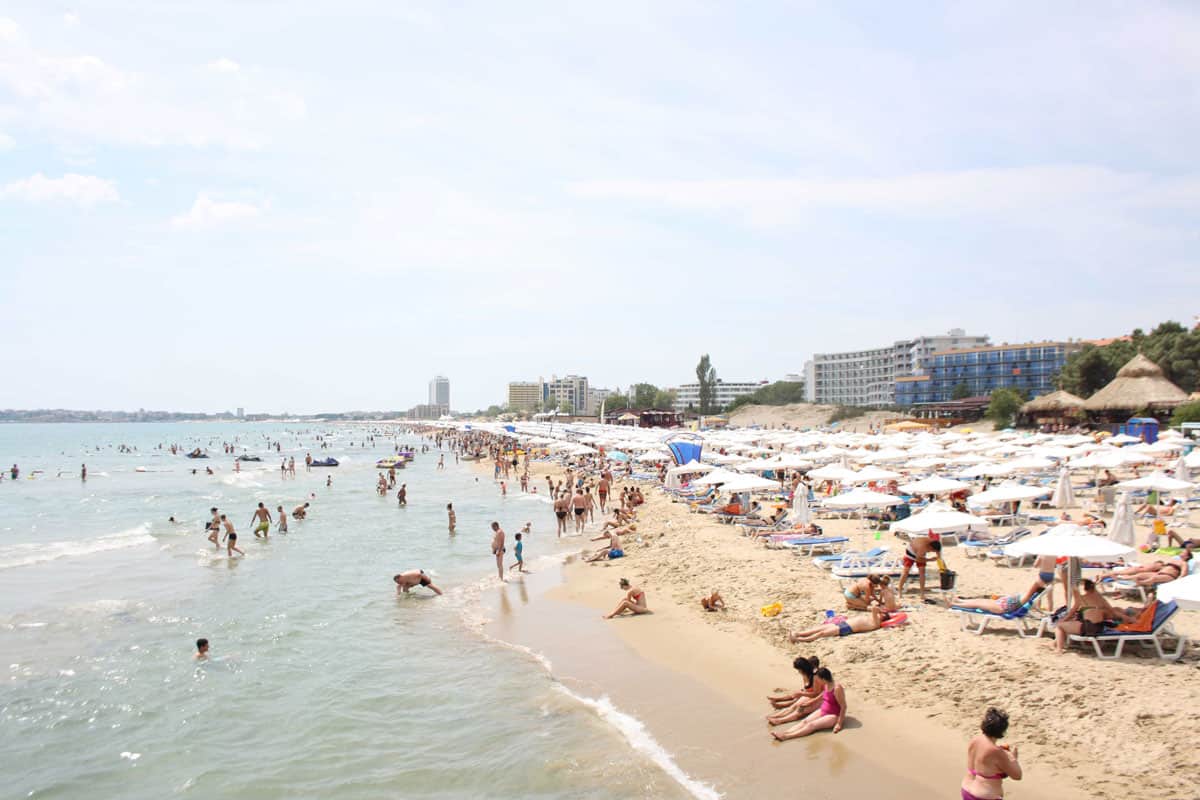 Tourists are returning to Bulgaria for the top tourist months of July and August.

This year though, it’s a trickle not a waterfall. The demographic has also shifted, with hotel bookings down by some 90% at the start of August, and most visitors being Bulgarian, Czech, Polish or Romanian.

“The British tourists who would normally be thronging the fine golden sands are nowhere to be seen, while the occasional Czech, Polish or Romanian family scurries to the beach through the deserted alleys or enjoy having a hotel pool to themselves,” Euractiv reports.

CNN Travel reports that “for more than a century, Bulgaria has had little trouble enticing people to its beach resorts scattered along the Black Sea coast.”

For the first time in a long time that is no longer the case with (from a revenue point of view) dismally few city-breakers currently enjoying Sofia, Bulgaria’s capital, and Plovdiv, the 2019 European Capital of Culture (not to mention the beachy getaways littered along The Black Sea).

The situation is so dire the managing boards of tourist organizations and universities have signed a Charter of Bulgarian Tourism, the gist of which is “a restart of Bulgarian tourism is needed.”

Like Amsterdam, Bulgaria is taking this chance to reconsider the bigger picture of how it wants its tourism industry to look.

As we come out of this challenging time, there will be various factors that jig Bulgarian tourism back into action. One of them may end up coming from an unlikely place. That source? Twitter user @BasedBulgaria, which describes itself as Bulgarian conservative (and supporter of Eurosceptic political group Europe of Nations).

Despite the user’s cynical political views, @BasedBulgaria may have just done The Wanderlust Machine an unintended favour.

Sunny Beach, Bulgaria. You will never find a more wretched hive of scum and villainy. pic.twitter.com/qUhQkgYWso

Based Bulgaria on Saturday took to Twitter, it appears, to complain about mass tourism in Bulgaria (specifically on Sunny Beach), calling it a “wretched hive of scum and villainy.”

However, other Twitter users’ responses to his post suggest he may have just sold the Bulgarian beachside experience better than any tourism campaign…

“Damn. You do know that millions are going to have to visit now, don’t you. You’ve sold it better than any tourist board could ever do,” one wrote.

Other cast aspersions about the Russian mafia, beachfront development controversy and bemoaned the days this wasn’t such a ‘worst kept secret’ as ‘hidden gem.’

Went there a few years ago. Felt like I was in an episode of Land of the Giants, Russian and Bulgarian mafia everywhere, sure they even have their own hotel on the beach that nobody else can go near! Never again..

Another comment suggests Sunny Beach has been an interesting place to visit since the 70s:

“Lol. Went there on family summer hols when it first opened up to tourism. Late 70s? Had a policeman point a gun at me after buying peaches off a street seller and also went to a fish restaurant only to find that when we ordered, fish was ‘off’.”

For those looking for a more relaxed place to visit (i.e. you’d rather check out a UNESCO attraction than a beachfront bar), Sunny Beach is located next to Nessebar, the crown jewel of Bulgarian coastal escapes.

This tiny ancient treasure trove is located at the end of a narrow strip of land and offers tourists the chance to explore “cobbled streets, centuries of history and… the fascinating legacies from ancient Greece and the Byzantine and Ottoman empires,” (CNN Travel).

“Seemingly wherever one walks in this UNESCO-listed town there’s a Byzantine church in picturesque states of ruin. One, the 14th-century Church of Christ Pantocrator, now houses a museum of antique maps. Meanwhile, the Church of St Stephen contains dazzling 16th-century frescoes and icons.”

“To delve further into Nessebar’s story, there’s the Archaeological Museum, which, despite being built in the 1990s, has been designed sympathetically in honey-colored stone,” CNN Travel adds.

As for who can currently visit: citizens of the European Union at the time of writing are allowed entry, as well as other approved countries (see the full list here). Visitors from the United States have been banned until the 31st of August 2020 and it remains to be seen whether the ban will be lifted or extended (for more information consult the US embassy website).