There are three constants in life: death, taxes, and the Sydney property marketing being laughably unaffordable.

In the same way that the American stock market is completely out of touch with reality, the Sydney property market has been aggressively overvalued for years. Sydney’s never been a particularly cheap place to buy up in – add negative gearing, low occupancy rates thanks to foreign investment and vicious stamp duty – and you’ve got a recipe for particularly crazy house prices.

Case in point: even this burnt-down former drug lab in Sydney’s Inner West was able to sell for over $1.4 million – almost $500,000 over its reserve price. 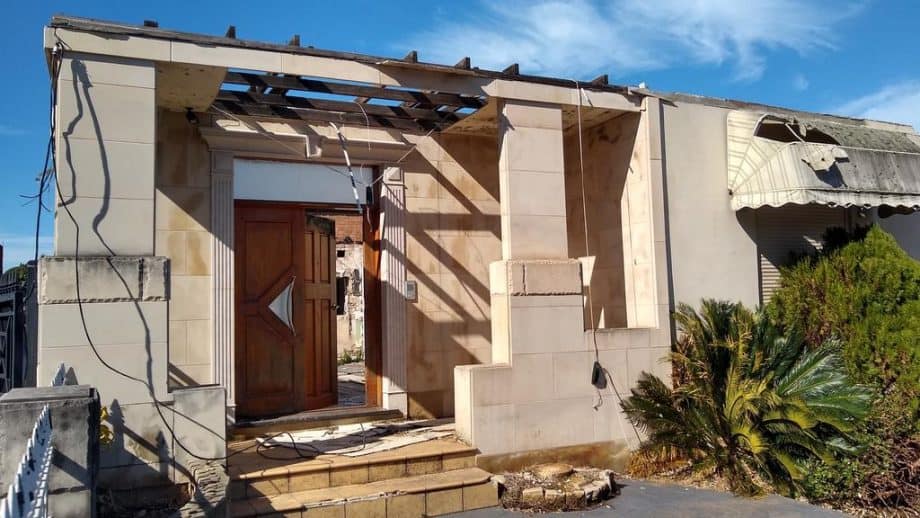 A shadow of its former self. Image: realestate.com.au

Number 4 The Parade in Enfield was previously a nice little piece of Inner West real estate before it was allegedly turned into a marijuana grow house.

“Soccer ball-sized ventilation holes were scattered throughout the house which were understood to have been used for the cultivation of the marijuana,” The Daily Telegraph reports.

The property has sat abandoned for almost four years after it burned down under suspicious circumstances (which might have delighted the neighbours depending on how productive the grow house was, all things considered).

Since then it’s been broken into by vandals and become infamous in the Enfield area. 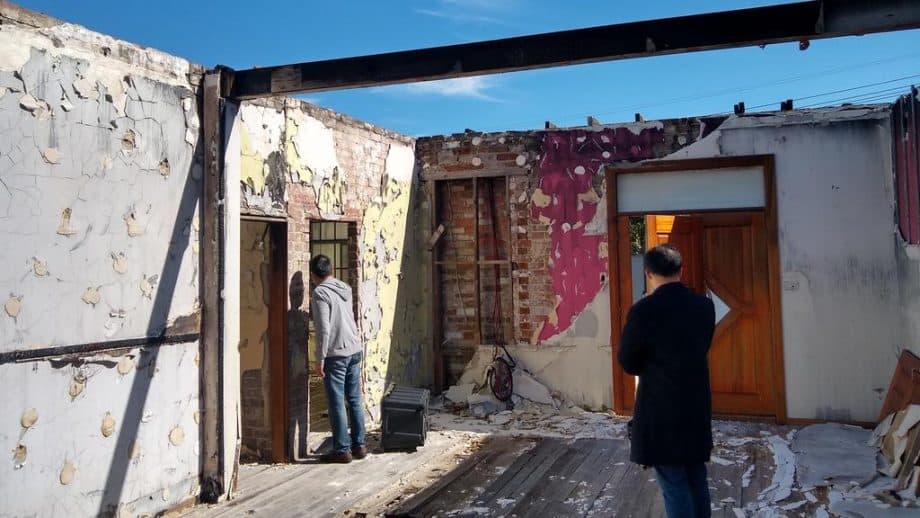 One hell of a property inspection. Image: realestate.com.au

The property takes ‘open plan living’ or ‘renovator’s delight’ to a whole other level, the front of the house completely without a roof and the rest of the joint in complete disarray.

Explicitly advertised as needing to be knocked down or rebuilt, this house nevertheless attracted a lot of interested parties, despite its condition and insalubrious history.

Indeed, many of the bidders on the day were builders in their high-vis, no doubt looking to transform the figuratively blank canvas. 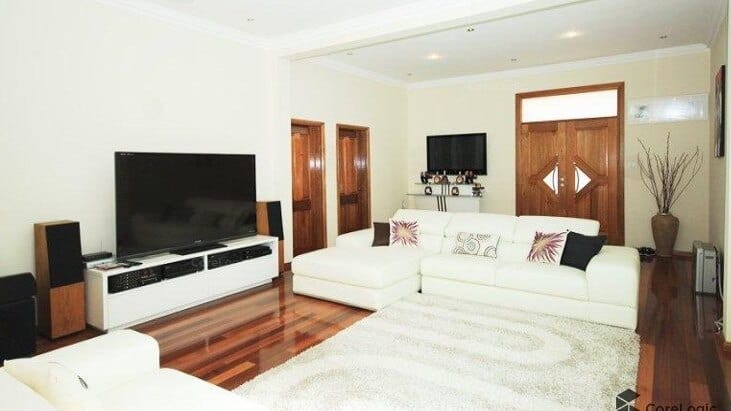 What it looked like before the fire. Image: realestate.com.au

It just goes to show how relevant the old adage ‘location, location, location’ still is: Sydney’s Inner West, close to the CBD with plenty of cultural amenities and charm, is one of the most in-vogue areas of the Harbour City. Even a literal husk of a house like this one in Enfield is worth a pretty penny thanks to it being situated on the outer edge of the Inner West.

As of December 2019, the median house price in Sydney is/was $1,142,212 – the nation’s most expensive market as well as one of the most expensive globally. With that in mind, 4 The Parade Enfield’s auction success doesn’t seem like too much of a stretch.

Whether things might get even more unaffordable as The Pandemic rages on (as some experts predict) or whether we see a market crash (as others claim), you’d better start saving for that deposit.