How many are you missing? 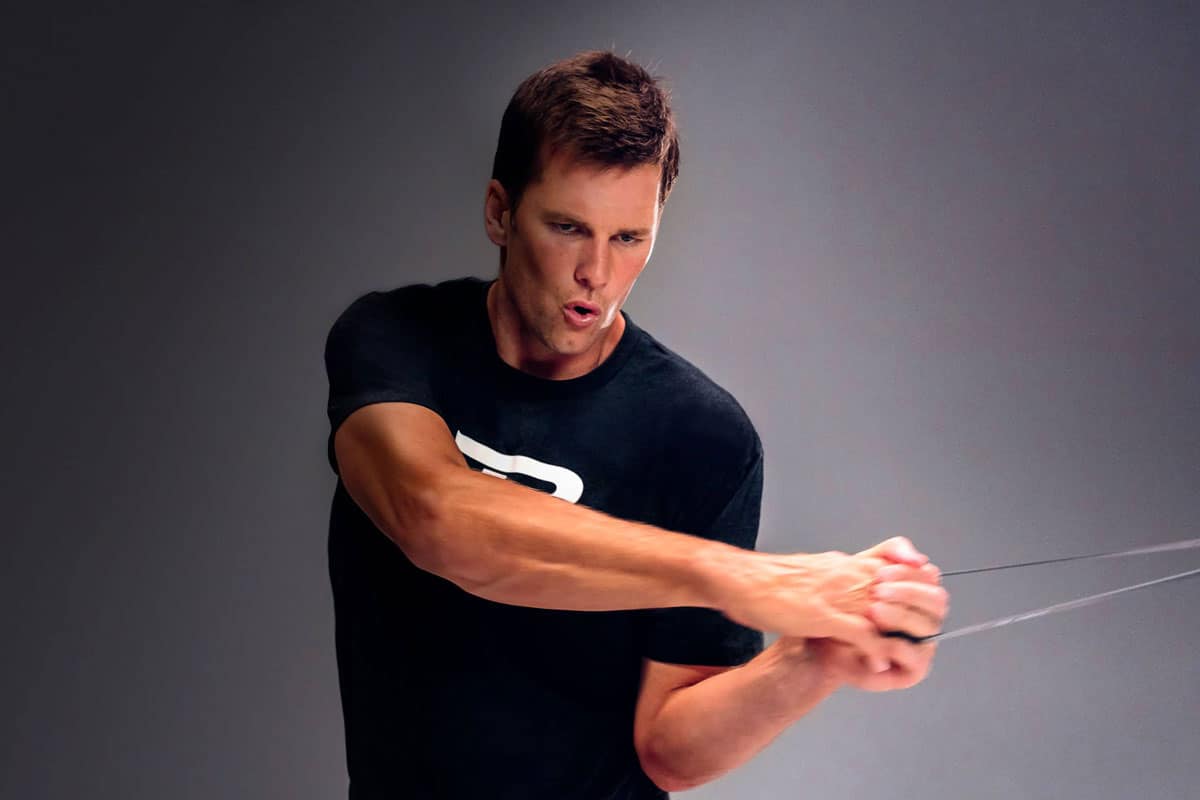 From Spartacus to Cristiano Ronaldo, a six-pack may be men’s most coveted muscle group of all time. One man, however, flies (throws?) in the face of such mythology, proving visible abs are not necessary to decimate your opposition. That man? Tom Brady.

The former Patriots star (now the Tampa Bay Buccaneers main man) has blown minds again and again, breaking records and showing it is possible to perform at a higher level, at an older age, than many previously thought.

To list just a few of his accolades, Brady led the Patriots to nine Super Bowls and six world championships, his nine Super Bowl starts are the most by any player in league history and he is the record holder for career Super Bowl attempts (392), completions (256), yards (2,838), touchdown passes (18) and MVP awards (4).

It’s no accident he achieved these feats: Brady sticks to a ruthless regimen of smart eating, training and recovery. Fortunately for those of us who would like to emulate it, Brady often takes to social media to share some of his smartest tips (or at least to give you a teaser in an effort to attract you to his TB12 method and book).

Enter: his latest Instagram story. Brady just shared a professional “performance and recovery game plan checklist” which may explain why so many amateurs fail to achieve their more humble goals in the gym. The reason? It takes quite a rare specimen, we’d argue, to have the discipline to stick to all 12 rules.

While most of us might comfortably tick off rule number one (stretch before and after your workout) and while few of us work out hard enough to justify implementing rule number two (which boils down to: drink special sports drinks), after this things get a more complex.

Rule three: “fuel your body to perform and recover” is easier said than done (but is certainly achievable if you put your mind to it). For more advice on how to make that happen, we’d recommend starting here.

As for rules four, five and eight (“adapt your workout to your goals”; “prioritize form first” and “consume protein to support your recovery”) we’d say many gym-goers are well aware of them (and perhaps even putting into practice). But the overlap ends there.

Rules six (“train to avoid injury”) and seven (“make active recovery part of your routine”) are rarely seen in amateurs (from our experience, most people deal with injuries reactively, not proactively). Rule nine (“supplement according to your goals”) sees a similar issue, with most of us guessing how many sips of that protein shake we really need, or convincing ourselves McNuggets are an acceptable post-gym protein hit.

The last three rules are perhaps the most crucial, and the most overlooked (or simply unachieved). Rule ten (“make cognitive fitness a priority”) is ambiguous but transformative, rule eleven (“get your eight hours of sleep”) is depressingly uncommon and rule twelve (“have a purpose and stay determined”) is for many a pipe dream.

We’d argue, though, if you look after the first eleven rules then number twelve will look after itself.