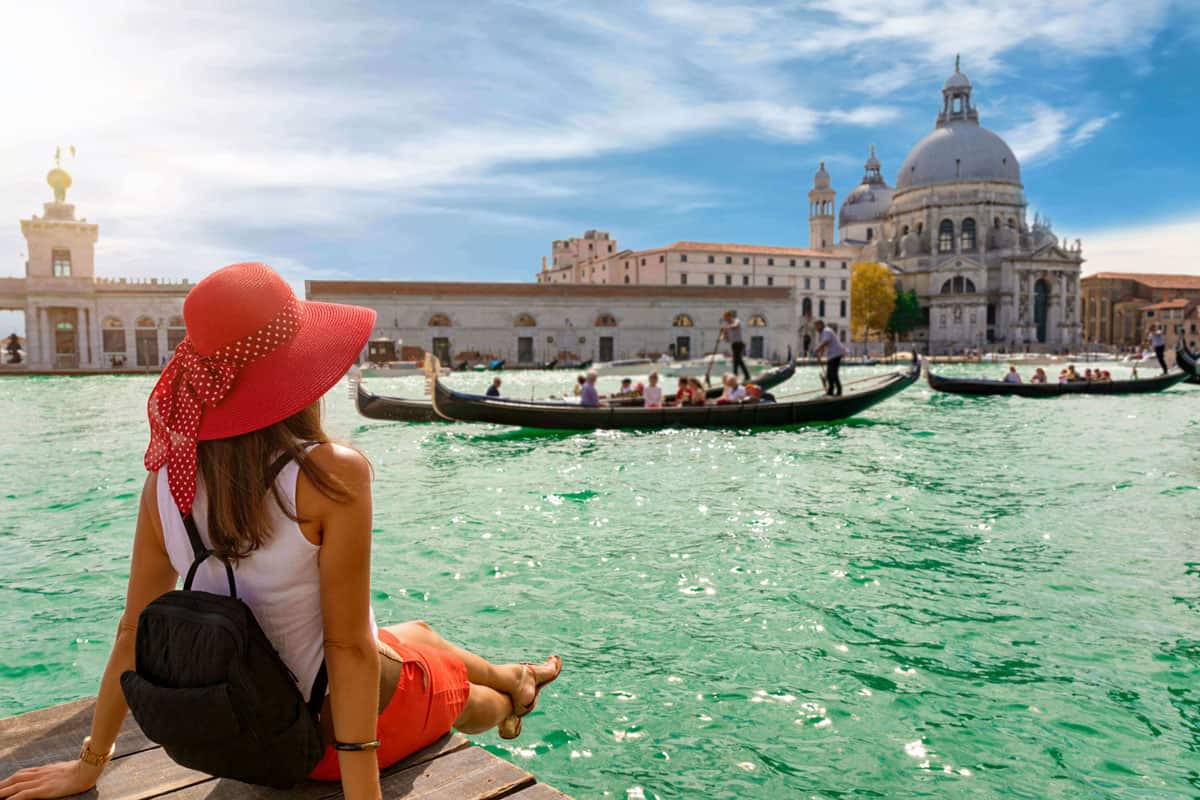 Cruise ships are floating petri dishes. Though they can be a bunch of fun (too much, arguably) for those aboard, for the cities they descend upon, the same can’t always be said. But money talks, so, for years, iconic ports like Venice have allowed tens of thousands of extra tourists to ravish their streets with dollars, chewing gum and bizarre coffee making antics.

A global pandemic has kept passports in drawers and trashed itineraries all over the world. The upshot? Venice has been creepy quiet. So quiet, in fact, its canals regained a crystal clear state not seen in decades.

Besides finding too little tourism can be just as painful as too much, Venice has also, as domestic and European visitors return, discovered the burden of its overtourism problem in the years to come could be relieved by reducing the number of cruise ship tourists.

There is nothing romantic or touristic about extreme high tide in Venice. Its painful for the people and for the city itself. Venice is not a theme park.

As The Australian reports, “potential visitors should not think they will have St Mark’s square to themselves. The vaporetti plying their way down the canals are surprisingly full of people who had rushed to La Serenissima on hearing that it was empty.”

“However, the usual summer hell has not descended, because the cruise ships — which have poured a large part of the estimated 30 million people each year into what is, in effect, a living museum with a permanent population of just 260,000 — no longer tower over the palazzi and churn up the lagoon, in the process causing damage to the delicate fabric of the city.”

“This year, the cruise ships have stayed away and look set to continue to do so. Two of the largest operators, MSC Cruises and Costa Cruises, decided last week that their first Mediterranean cruises after a months-long hiatus caused by the pandemic would depart from Trieste, on the northeast coast, and from Genoa, on the northwest coast — larger ports where social distancing is easier,” (The Australian).

While there is no evidence yet to suggest a cruise ship ban or reduction will come into effect (despite campaign groups efforts), if such an idea were seriously floated by authorities, it wouldn’t be arbitrary – though cruise companies pay Big Cash to dock, cruise ship visitors tend to contribute less to local economies than other tourists (who, even if they are on a shoestring budget, have to spend money on accommodation and food).

On the other side of the coin, one imagines as Italy  – and the world – recovers from the economic king hit of 2020, governments will be doing all they can do rake in dollars.