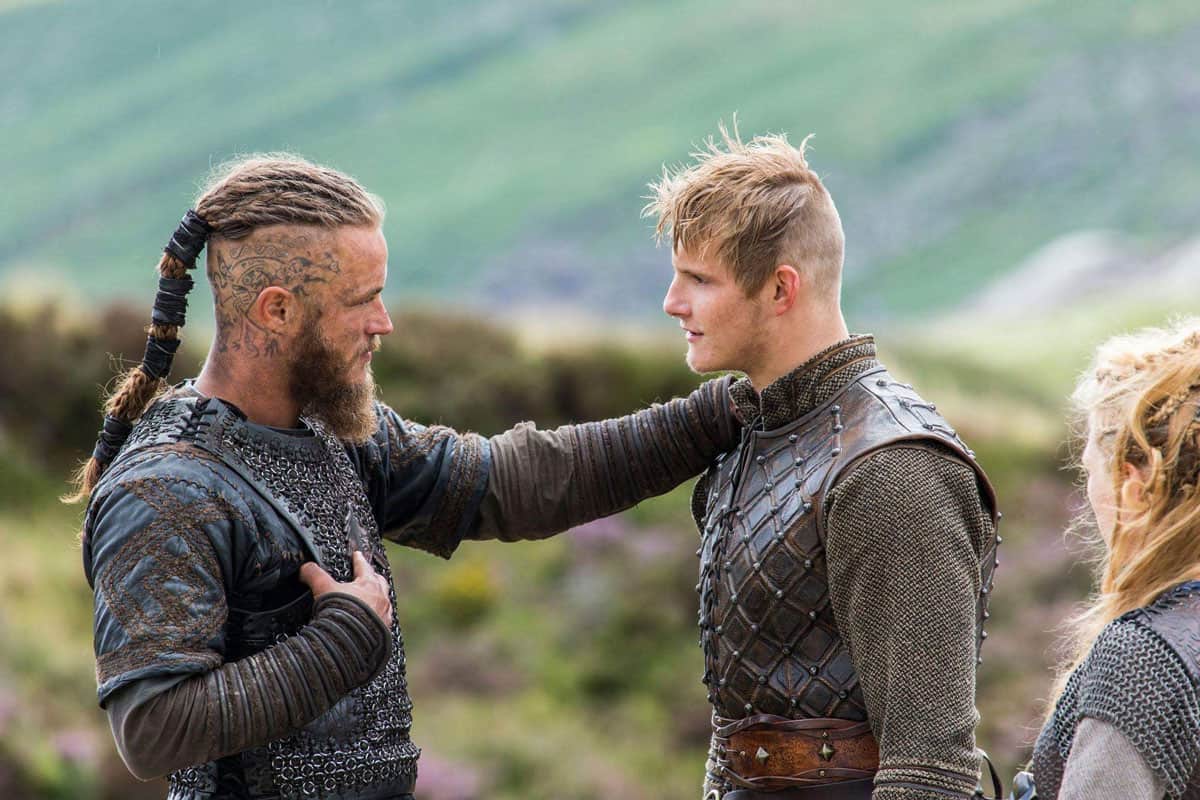 We now have food, dates, entertainment, clothes and news at the click of a button. But it wasn’t always like this. As we loll back on a Dorito stained couch with a growing pile of Uber Eats, our ancestors were out howling at the moon and fighting for survival (according to HBO, anyway).

Point being, though there are attitudes we’ve rightly left in the past (and, arguably, many more to add to that list), there are some vestiges we shouldn’t be so quick to arrogantly dismiss. One is ‘toughening up’.

That’s not to say the concept can’t be detrimental. The ‘suck it up’ message can be catastrophic to one’s mental health, and is a known factor in the high suicide and depression rates we see, particularly in men.

However, as it finally becomes a mainstream belief that men should be free to show their emotions, we now face the question: should we completely dismiss the ‘harden up’ attitude?

Or is there a middle ground?

To better understand the issue, DMARGE got on the phone with Dr Lars Madsen, a forensic and clinical Psychologist, who is also the Lead clinical advisor for the mental health charity The Mindshift Foundation.

Dr Madsen quickly cleared up a common misconception: being emotional and being tough are not mutually exclusive. In fact, given the stereotypes around it, often the bravest path is to be vulnerable and show your emotions.

“Stoicism is not helpful really, the whole harden up, suck it up kind of mentality,” Dr Madsen told us. However, hard work is a whole other matter: “If you want to pursue any kind of goal in your life… a lot of the time, it’s not going to be fun; there’ll be a lot of times when it’s hard and challenging and unpleasant, and just difficult.”

“We need to be able to be gritty to achieve those things that mean so much to us, and gritty means being able to stick it out and get through the challenging times.”

“However, [when this is] a blanket approach to [everything in] your life… then that’s when it becomes problematic. That’s when it’s toxic and damaging to people.”

How should we encourage each other to be gritty, then, while still being supportive? Dr Madsen said to pick your battles, and to understand some challenges may require more sheer gruntwork than others.

“Getting gritty when you need to put in that last 2km because it means so much to you is great, it’s important, we need to be able to do that. But if we apply that harden up, don’t feel your feelings, don’t feel vulnerable, don’t feel any kind of self-doubt across the board all the time, then it’s dysfunctional and doesn’t work.”

“It’s not me saying that because you’d be a nicer person if you just talked about your feelings… People end up having all kinds of physical and medical conditions when they ignore that kind of stuff, that’s well documented within scientific literature. People end up burning out and ultimately having mental health problems, anxiety, unravelling because they adopt that kind of robotic, ‘I have no feelings and I don’t need to pay attention to my feelings’ approach,” Dr Madsen told DMARGE.

“I would say that historically, men have been encumbered by expectations that probably don’t match reality. In terms of them being able to cope with things, be unbothered by things, be unemotional, be stoic.”

“I think what we realise nowadays is that obviously isn’t the case and there has been a changing of attitude toward that kind of stuff that started in the 1980s/90s, but has become more so over the years,” Dr Madsen added.

“We know that men and boys are much more at risk of suicide than women, more at risk of going to jail, more at risk of dying in car accidents, risky behaviour, developing mental illness, being locked away, dying from violence, having drug and alcohol problems etc. So men, when you look at almost every mental health marker across the board, are struggling.”

“It’s a function of the fact that men historically haven’t really been able to access psychological support and talk about feelings and be able to explore and understand and get help when they need to,” Dr Madsen told us. “And when it feels like they need to do that, the experience can be for a lot of men that they feel like they’ve failed. They’re no good, that kind of thing. It leads to these poor outcomes.”

RELATED: Grown Men Open Up About Why They Don’t Feel Like Real Adults

Fortunately, things are changing. Charities like The Mindshift Foundation and R U Ok? aim to spread the word. But – as society’s response to men like Kanye West and Will Smith opening up and showing their emotions, as little as two months ago shows – things change slowly.

“You can see that there is still some way to go with regards to accepting that mental health issues are a problem for men and young men in particular,” Dr Madsen told DMARGE. When you see things like the [Will Smith] meme, it’s funny, but it speaks to a stereotype or an implicit assumption or idea.”

What’s crucial though is keeping nuance in the discussion: telling men they’re not allowed to rib each other (or laugh at a meme) is likely not to make it past their bullshit radars, and so a valuable mental health message may be missed in the process.

The upshot? In DMARGE’s view, the mental health messaging of 2020 should centre around more positive statements around promoting communication and normalising opening up (see: organisations like Mindshift and R U Ok?) rather than shaming men for revving each other up the footy field (or convincing each other to surf ever more terrifying waves).